LIVEKINDLY
Home Business The UK’s New Bacon Brand by Vegan Cartel Will Give You an... 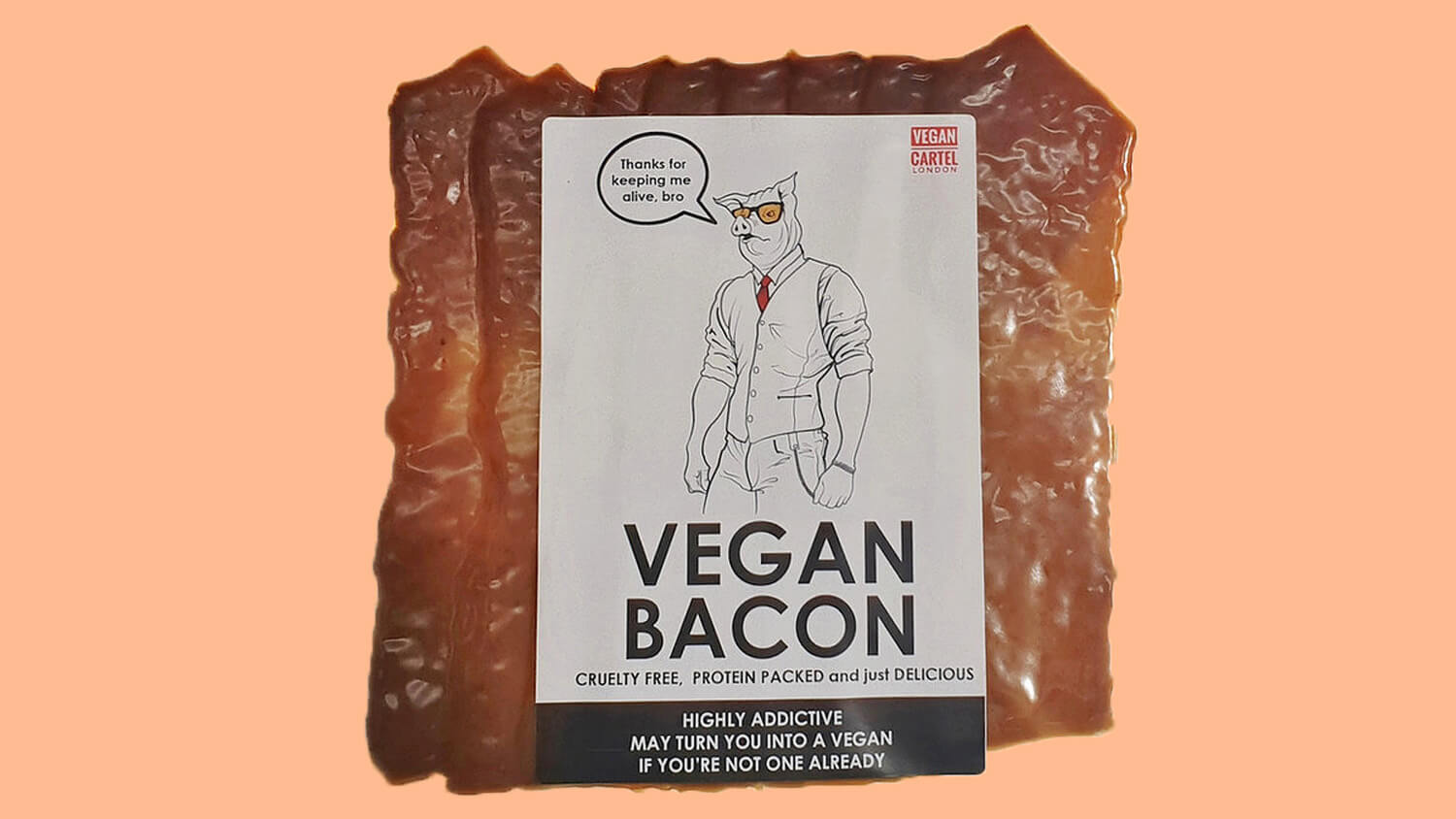 “Thanks for keeping me alive, bro” are the words printed front and center in the thought bubble of a pig on the packaging of a new vegan bacon.

UK-based startup Vegan Cartel just debuted its first ever product: plant-based bacon rashers. “This plant-based bacon is a result of months of experimenting with different combinations of ingredients in order to find the perfect recipe,” it said in the caption of an Instagram post. “Rich in Protein, B12, Love, and Magic. Will definitely destroy your cravings and make your body and soul feel good!”

The meat-free product is made with vital wheat gluten base, also known as seitan, that has a similar texture to traditional meat. The snack cooks in just two minutes. The company, which prides itself on offering vegan “junk food,” is offering free delivery on orders of more than three packets. “Highly-addictive. May turn you into a vegan if you’re not already one,” continues the brand’s claims of its premier product.

Vegan Instagram influencer Fat Gay Vegan took to the social network to express his joy for the just-launched bacon. “What now?! A brand new #vegan bacon brand called @vegan_cartel_london has launched in the UK. Look at the sharply dressed pig giving thanks for not being eaten,” he wrote. “Follow @vegan_cartel_london for product updates and order the bacon via their website ONLY.”

Vegan Cartel is among many brands making strides in the protein industry to tackle bacon and meat consumption head on. Vegan Pig Out bacon chips by Outstanding Foods are poised to disrupt the pork rind snack industry and have already been given top marks by vegan celebrity Steve-O. And recently, Australian airline Qantas took to Twitter to promote the latest menu addition of plant-based eatery Matcha Mylkbar, vegan bacon and eggs.