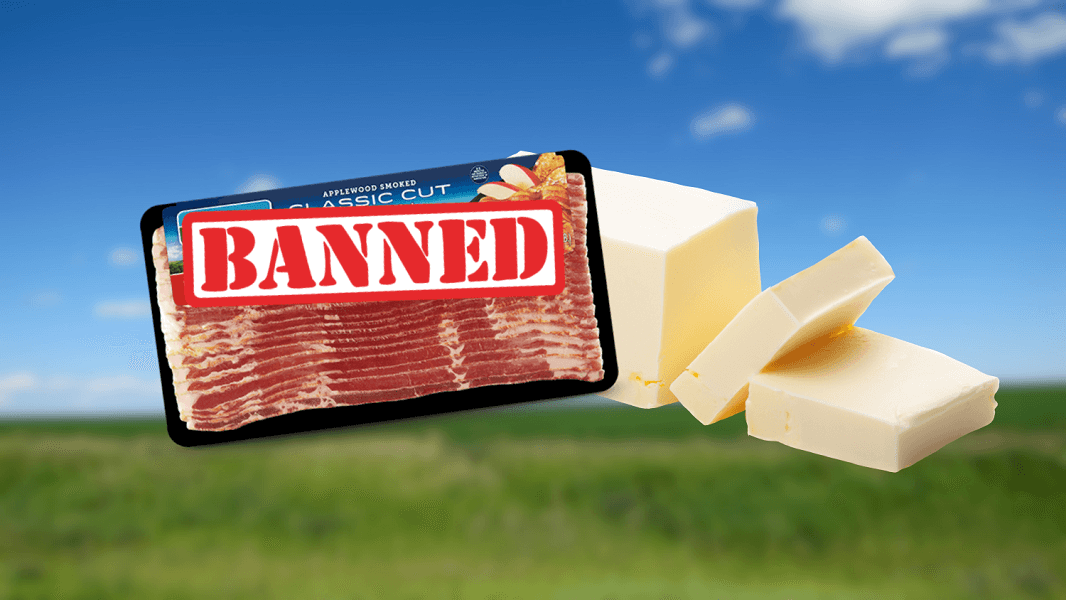 A new junk food ban is in place on Transport for London (TfL) trains and platforms, and Farmdrop’s ad did not comply with the regulations, the BBC reports.

Popular food and drink brands, restaurants, and food suppliers will still be able to advertise their products on the underground, but they must showcase their healthier options, according to the new regulations.

“Our advertising policy requires brands to demonstrate that any food or drink products featured in advertisements running on our network are not high in fat, sugar, and salt unless they have been granted an exception,” a spokesperson for TfL told the BBC.

“In this case, Farmdrop chose not to apply for an exception,” it continued. “Our advertising agent worked with them to amend the advertisement.”

Farmdrop notes it included bacon and butter in the advertisement, alongside vegetables, so that people would not assume the delivery service only provided veg. Ben Pugh of Farmdrop said, “Our ad was a mixture of balanced wholefoods, While McDonald’s Happy Meals and chicken burgers are HFSS-compliant under these rules. It’s crazy.”

The over-consumption of bacon — served by both Farmdrop and McDonald’s — including other processed meats, as well as salty dairy products like butter, is linked to heart disease and cancer, as well as diabetes and obesity.

In a bid to protect the health of Londoners — in particular, vulnerable and impressionable children — the Mayor of London Sadiq Kahn is supporting the Food Foundation’s initiative “Veg Power.”

Backed by celebs such as Jamie Oliver and Hugh Fearnley-Whittingstall, the campaign aims to create inspirational, creative vegetable-centric marketing, encouraging consumers to eat more greens. Last May, it announced it was also putting together a children’s book, containing kid-friendly recipes and activities based around healthy eating.

“There’s endless junk food advertising but why aren’t we marketing the good stuff to our kids?” asked Fearnley-Whittingstall in a statement. “Let’s do something really amazing. Let’s power up the next generation.”