A UK-based group of health-care workers called the Plant-Based Health Professionals says eating bacon is as dangerous as exposure to asbestos.

The group is urging hospitals to ban bacon from patient and cafeteria menus in a new campaign called “Give Bacon the Boot.” No hospital has yet to respond to the request.

“Why serve food that can cause life-threatening conditions? Hospitals will argue healthier options are available, but there’s no safe limit with processed meat.”

Processed meat — including bacon — was listed as a carcinogen by the World Health Organization’s International Agency for Research on Cancer (IARC) in 2015.

“Processed meat was classified as carcinogenic to humans, based on sufficient evidence in humans that the consumption of processed meat causes colorectal cancer,” the organization wrote in its review.

“For an individual, the risk of developing colorectal cancer because of their consumption of processed meat remains small, but this risk increases with the amount of meat consumed,” Dr Kurt Straif, Head of the IARC Monographs Programme, said in a statement. “In view of the large number of people who consume processed meat, the global impact on cancer incidence is of public health importance.” 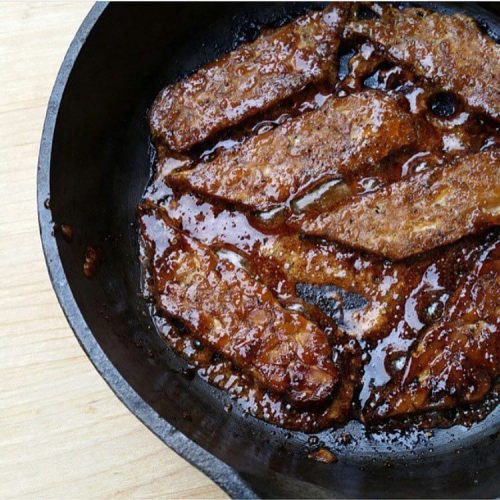 Bacon is linked to an increased colon cancer risk.

One of the leading causes of the processed meat-cancer connection is nitrites, used in the curing process. This is true even in cured meats like bacon labeled as “uncured.”

“The issue is that ‘uncured’ bacon is actually cured,” the Seattle Times notes. “It’s cured using exactly the same stuff – nitrite – used in ordinary bacon. It’s just that, in the ‘uncured’ meats, the nitrite is derived from celery or beets or some other vegetable or fruit naturally high in nitrate, which is easily converted to nitrite. In ordinary bacon and cured meats, the nitrite is in the form of man-made sodium nitrite. But the nitrite molecule is the same, no matter its source.”

And these nitrites – natural or not – have been linked to increased cancer risks.

The Plant-Based Health Professionals isn’t the first group to call for bans on processed meat. In the U.S., the Physicians Committee for Responsible Medicine worked with food service organizations to replace hot dogs on the menu at two children’s hospitals with healthier options.