Miami’s vegan event of the year, the Seed Food & Wine Week is fast approaching. For five days in November, over 200 vegan vendors, 40 celebrity chefs, and 30 plant-based experts, athletes, and influencers will mix and mingle over incredible vegan food with over 10,000 attendees along the vibrant Miami coast. This celebration is more than just a multi-day beach party. It’s about conversations, connections, and progress. John Lewis, a vegan fitness expert, speaker, entrepreneur, and now, documentary filmmaker, also known as the Bad Ass Vegan, will lead a discussion on “The Art of Creating Social Impact Around Veganism.”

Lewis is a well known public figure, with over 150K followers on Instagram who support his plant-based and social justice projects. He’s well versed in both subjects. Lewis went vegan in 2006 after being raised in Little Rock, Ark., and St. Louis, where he experienced both race and class disparity. He often notes that he is not a typical vegan. He’s a Black man who comes from a working-class background, but Lewis believes that all people can resonate with and benefit from a compassionate plant-based diet. 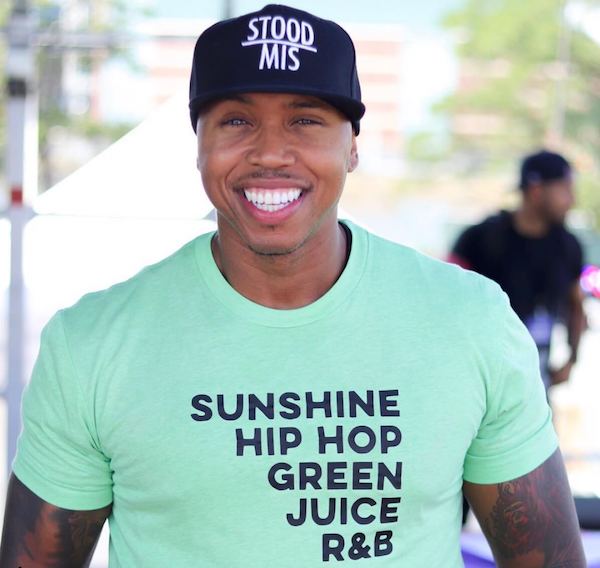 Among his speaking engagements and business (Lewis is also a partner at VeganSmart, a plant-based protein and supplement company), he is also working on a documentary feature which links hip-hop culture, food insecurity, and the plant-based movement. Titled “Hungry for Justice,” the narrative follows Lewis on his travels across the U.S., interviewing music artists and vegan athletes, along with exploring some of the nation’s most concerning food deserts.

Lewis told LIVEKINDLY, “The aim of the film is to encourage critical thought about our diets by highlighting Hip-Hop artists who speak about food injustice in all its forms. The film will address food access and food deserts, nutritional and environmental racism, diet-related diseases, government corruption, animal cruelty, climate change and ultimately how the influence of Hip-Hop will save the world.”

He was well aware of America’s food injustice issues prior to making the film, but he said the project made him realize the similarity between the crack epidemic and food system. He explained, “Crack didn’t end up in poor neighborhoods on its own. It was placed there. It was invented by somebody else, and the same goes with this food. If you look at who’s making the food and who’s getting rich off the food and who is supplying the food to these neighborhoods – they’re not even eating these foods.” 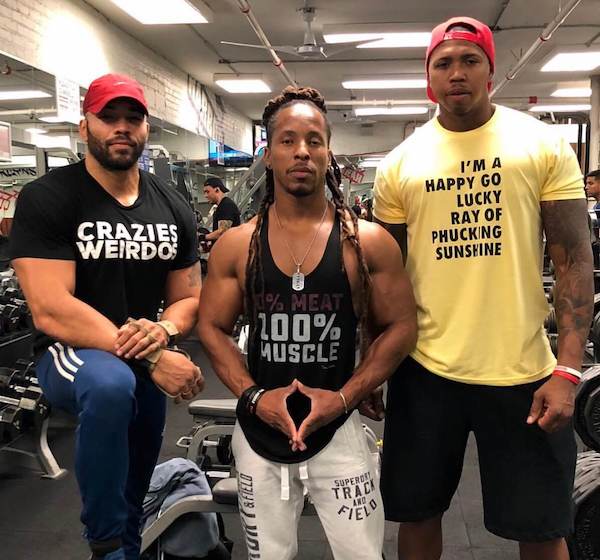 Education and accessibility to vegan foods can be part of the solution to creating social equality, Lewis says. He believes that raising awareness around the issues, both those surrounding humans and farm animals, can break the steadfast conditioning so many grow up with. Lewis maintains that the greater population is not aware that there is a massive problem with the food system; people eat the food that is available and familiar to them without question. But when this food involves fast-food and processed, packaged options, this can be a recipe for disaster that negatively affects human health, the environment, and animal welfare.

When asked about who he looks to for inspiration, Lewis said that he does not have one particular role model, but he wants to support the Everyman fighting the good fight. Lewis applauds “anybody out there trying to do their best to not only improve their life but improve the lives of the ones around them, even the ones that they don’t know, those just trying to make this world better.” He continued, “It can be tough because we live in a day and age that pushes selfishness and singularity on to us, and it doesn’t want to allow us to flourish as people. It wants to keep us dumb and down and keep us unhealthy, because that’s where the money is, in uneducated sick people. So, if anyone is out there trying to do better, I look up to you. You are my idol.”

Catch Lewis’s full talk at the Seed Food & Wine Week in Miami from November 7-11. The schedule of events and tickets are available on the event website, but to win free entry and a grand VIP festival package, join CLUBKINDLY and see here for details.