The Cadbury Creme Egg is an international Easter bestseller that has yet to be veganized on a commercial scale, until now. Besos Food and Drinks, a British company specializing in plant-based liqueurs and chocolate, is working on a vegan version of this Easter favorite.

Besos is best known for its Besos De Oro (Golden Kisses) liqueur. Many attribute this beverage as the vegan version of Bailey’s Irish Cream, though the company claims the product exceeds Bailey’s in both “taste and quality.” The drink is made from tigernuts, which gives the alcohol its classic creamy texture without using dairy. Following the success of the Besos original liqueur, the company expanded its offerings to include a chocolate liqueur, non-alcoholic tigernut milk, and four flavors of nondairy milk chocolate bars. True to the company’s cruelty-free mission, all products are vegan. 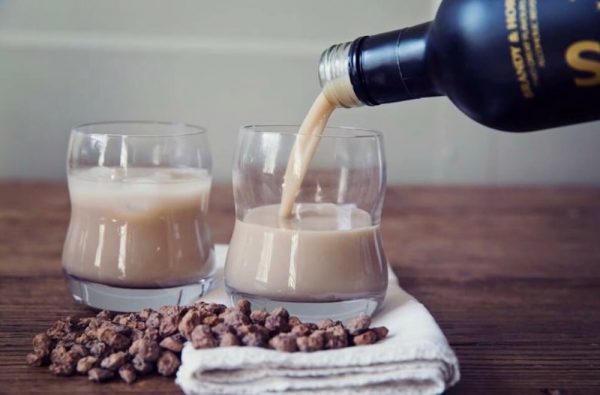 Peter Smith, Besos founder, said in a press release, “We cannot stand still. While we were the first to recognize the potential of the tiger nut, others are catching on, so as well as Besos de Chocolat liqueurs and vegan milk chocolate, we are also working on a vegan chocolate creme egg!” Smith did not release further information regarding this highly anticipated vegan chocolate egg, and it is unknown when the product will be available,

Smith did say that Besos is working on a number of vegan products in addition to expanding its distribution. The company recently received support from the NBSL, an enterprise agency that assists entrepreneurs in developing young companies. The agency helped Smith kickstart his online presence, which involved launching his website and creating a digital marketing program to attract international attention to his products.

A funding adviser from NBSL commented, “Besos Food and Drink is incredible and I’m proud that NBSL could provide them with such beneficial support. Not only does it produce some of the most delicious products in the world, it is also breaking new ground and breaking into new markets with its products.”

Besos products are currently available online and at various UK festivals and events. For those who cannot wait for Besos’ chocolate creme egg, a few independent bakeries have created their own versions, such as The Little Vegan Bakery in Coventry, UK.