Bangladesh Zoo in Dhaka has stopped allowing tourists to ride on its elephants.

The zoo, which is the fourth largest in the world in terms of area, is home to 2,500 animals, including five Asian elephants. In response to pressure from animal rights activists, the zoo will no longer allow visitors to ride them.

“We agree that these rides were not good for the animals,” said the zoo’s curator Nurul Islam to AFP. 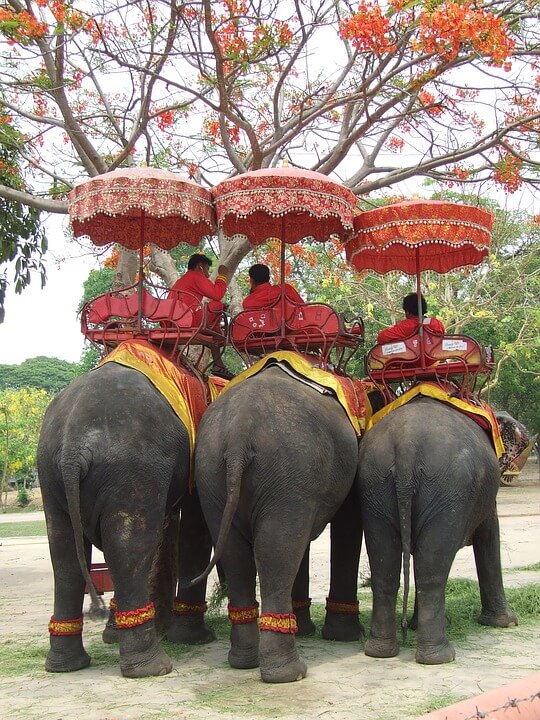 What will happen to the elephants now they aren’t giving rides to tourists? They will likely stay inside their cages for longer. According to the Daily Star—the biggest English-language newspaper in the country—the conditions at Bangladesh Zoo are less than desirable.

In a piece titled “The Zoo That Is Not,” the paper called the establishment a “death camp,” citing “poor management and government negligence” as the reason for its rough conditions.

Even the workers are suffering. One told the Daily Star, “we, the animal caretakers, are probably the unhappiest workers in Bangladesh. Seeing the misery of these poor creatures, sometimes we can’t control our tears. We feel unbearable pain in our hearts.”

The piece was published in 2015, and the Daily Star followed up with the zoo last year. In a new article titled “Some Improvements, But Still Not Enough,” it noted that there were more rules and regulations, but many visitors were ignoring them. It observed people throwing food and pebbles at the animals, and stepping beyond the threshold to get a photo.

Lack of Space and Training

HiFi Public, a digital media platform for Bangladeshi millennials, agrees that the zoo isn’t looking after its animals properly.

In July 2019, reporter Megha Rahman wrote, “the Dhaka national zoo resides over 186 acres of land. Which is not a small space. But no space will ever be big enough if you exceed the carrying capacity of that place. We find 26 alligators caged in a reservoir that was meant for 8.”

“You’ll notice the same tragedy if you look inside the deer cage,” she continues. “Or the cage in which the elephants are. It’s the same everywhere.”

According to Rahman, the main problems are a lack of funding and a lack of due care and attention. She notes there isn’t enough space for the number of animals it has, making the cages unhygienic.

“There aren’t enough people employed to look after the animals and the ones that are employed don’t have adequate training to take care of them,” she adds.

Rahman also states that some zookeepers are cruel to the animals, because they don’t understand them. “They end up ignoring the helpless cries of the animals and display cruelty out of ignorance,” she writes. 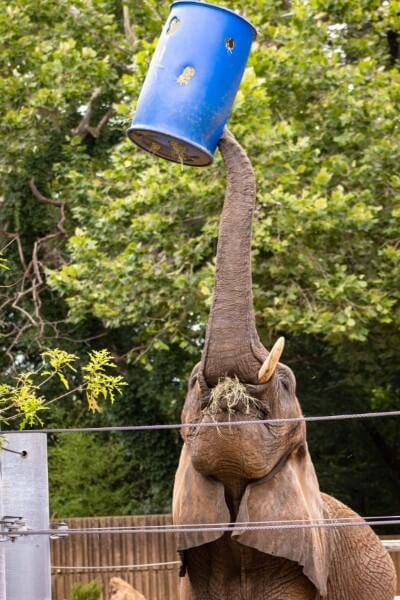 Elephants suffer in zoo confinement. They can develop conditions like zoochosis.

In 2010, Public Radio International (PRI) described Bangladesh National Zoo as one of the worst in the world. It also called out Giza Zoo in Egypt, Mumbai Zoo in India, Oradea Zoo in Romania, and San Antonio Zoo in Texas. The latter has appeared on In Defense of Animals’ Top 10 Worst Zoos For Elephants more than once.

Many animals suffer when kept in confinement and they can develop conditions like zoochosis. This is when zoo animals are observed displaying repetitive behavior patterns, with no apparent purpose. They can pace back and forth, bite bars, or groom themselves obsessively.

This can happen to any animal in a zoo, including bears or monkeys, but, according to In Defense of Animals, elephants suffer significant amounts in zoo captivity.

Elephants pose a particular problem for zoos not just because of their size, but also because they are sociable animals, and they like to be kept in herds. They also like to gather their own food. In a zoo environment, there is not always enough space to meet these requirements.

In 2015, Toni Frohoff, Ph.D., an elephant scientist for In Defense of Animals, said, “evidence shows that elephants are not thriving or self-sustaining in zoos. Urgent action must be taken to stop these greedy corporations from plundering elephants from the wild to populate emptying zoo displays.”

Frohoff called for “all remaining zoos with elephants” to send them to “sanctuaries where they can live in peace.” 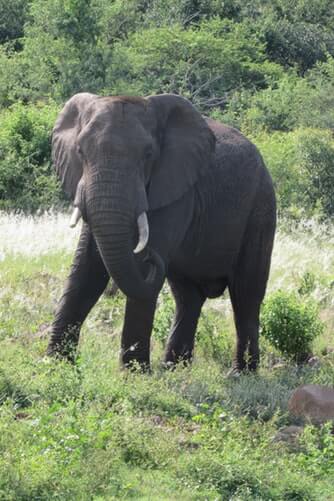 Elephants live longer in the wild than they do in zoo captivity.

Stressful conditions and a lack of space aren’t just unpleasant for elephants, but they also can be fatal.

One study led by Ros Clubb—a wildlife scientific officer for the Royal Society for the Prevention of Cruelty to Animals—found that Asian elephants in captivity live shorter lives than those used for logging in Burma.

Another study looked at the welfare of 77 Asian elephants in 13 zoos in the UK. It discovered that the animals spent around 83 percent of their time indoors. Only six of the elephants examined were not overweight. Only 11 were able to walk normally.

In the wild, Asian elephants walk for up to 300 square miles a day.

“We often hear that zoos play a vital role in conserving elephants but patently this is not the case,” Rob Atkinson, the head of wildlife science at the RSPCA, told the Guardian. “The new data shows elephants die young in Europe’s zoos, and those Asian elephants born in captivity have a poor chance of survival.”

He added that the best way forward would be to encourage conservation programs in Asian elephants’ native habitats, “rather than condemn [them] to a shortened and unhealthy existence in our zoos.”

He continued, “elephants are having a torrid time in our zoos, judging by this overwhelming evidence.”