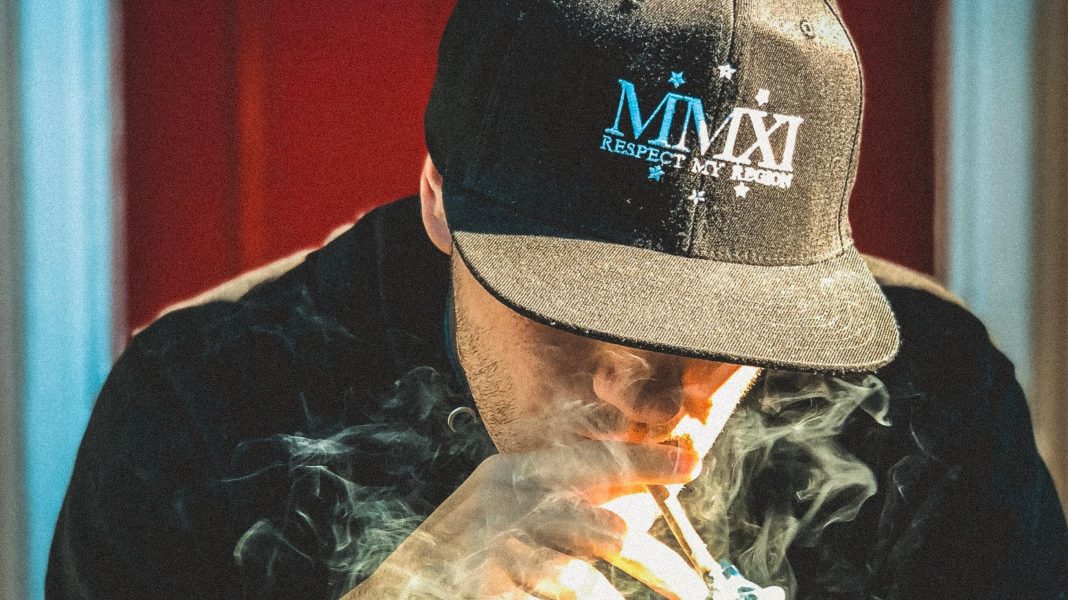 “Hey man, you must be Niko,” said José, pulling up on his motorcycle.

We were in a hip neighborhood just off the tourist strip of Barcelona. I’d only met José on WhatsApp a few days before, but as soon as he hit me up with the priest jokes I knew he was on the level. José parked up his ride and we got buzzed through a small door where I whipped out my passport, filled out a form and the hottie behind the counter gave me a card. I was now a proud member of the Barcelona Ganja Smokers Association.

Through the corridor was a massive lounge. The wall was decorated with an enormous canvas of a tropical rainforest, while a calendar showed any upcoming events planned by the club (on Friday night there was a screening of “Back to the Future”). Huge flat-screen TVs mounted the walls where a group of lads sat sunk into the comfy sofas playing first-person shooters, and there was an English-language class going on in the corner. There were pool tables, poker tournaments, and best of all, sexy tattooed budtenders to serve you the finest jazz cabbage Barça has to offer.

This is all legal thanks to a loophole in Spanish law. Back in the ‘90s a bunch of stoners sat around getting high in the back of a Barcelona comic book store when one of them had an idea: the Spanish constitution is very tolerant of what goes on behind closed doors, and freedom of association gives citizens the right to set up private clubs. Since what goes on at these clubs is treated the same as if you were in your own home, they could get around Spain’s drug laws and smoke freely. The stoners sent a letter asking for clarification from the government and got an ambiguous enough reply to go ahead with the project, and so the Ramón Santos Association for Cannabis Studies (ARSEC) was born.

The police frowned on these studious endeavors and a lot of ARSEC’s members got arrested in those early days. But in 1999 the government of Andalucía, in the south of Spain, said it was okay for people to form these clubs, so long as the premises are only open to ganja-smoking deviants and not the general public. Activist lawyer Martí Cànaves Llitrà jumped on the opportunity and drafted up a contract for such a club and its members and so when another club, the Barcelona Personal Use Cannabis Association (ABCDA), got raided, they simply presented the document and got let off the hook.

The number of clubs grew dramatically, from only 40 in the northern region of Catalonia in 2011, to over 500 by 2016. Barcelona is home to more than 400 of these clubs, over half of the entire country. These are private member’s clubs and you have to be sponsored by an existing member to get in, so that keeps away the hordes of red-eyed ninjas that have overrun Amsterdam. However, on Barcelona’s main street of Las Ramblas you can find scores of promoters offering to take you to a “coffee shop”. These touts get around the law by being the local guy who sponsors tourists.

It just seemed so… normal, the way it ought to be.

Some of these guys can be sketchy, but luckily I got José’s contact from a very good friend. We sat to roll up in the far corner of the room and talked about the Catalan referendum, which saw over 800 people injured as out-of-town riot police auditioning for Robocop tried to stop people going to the polls. People sometimes forget that Spain’s actually a multilingual and multinational country: in the Spanish Civil War, the fascist regime of General Franco used Catalonia as a punching bag.

“I really hate it when people say that because I don’t support independence, I’m a fascist. My grandfather fought in the civil war, fighting fascists,” José said. “Maybe it’s some joke, I don’t know, but I don’t like it. But then I don’t support the politics of Madrid. You saw what happened, the police holding boxing matches with old grannies and shit. A lot of my friends who weren’t pro-independence before are pro-independence now.”

The crowd here was mostly young and middle-aged, fairly ordinary-looking, like the kind you’d see in a bar. Guys sitting with their dates in the lounge playing chill-out jazz. You couldn’t even smell weed because of the ventilation. It just seemed so… normal, the way it ought to be.

But remember, once you step outside, it’s a different story. Strictly speaking, marijuana’s not legal, only tolerated in private. Conservatives keep trying to shut the clubs down and while growing a few plants at home is okay walking ’round with fat bags is not recommended unless you’re keen on trying Spanish prison food.

However, times are changing. In 2017 the Catalan government formally legalized the cannabis clubs, meaning in Barcelona at least, everything they’re doing is now fully within the law. Meanwhile, Canada and Spanish-speaking Uruguay have been the first countries to fully legalize the plant, while Mexico, Jamaica, and South Africa might soon follow. So one day, all these membership cards and shady touts might not be necessary. Still, there’s something cool about having these spots where people come to hang out and chill that I hope doesn’t go away. I put my joint out on the ashtray, said goodbye to José and stumbled outside. All that lounging around had left a THC-shaped hole in my stomach.