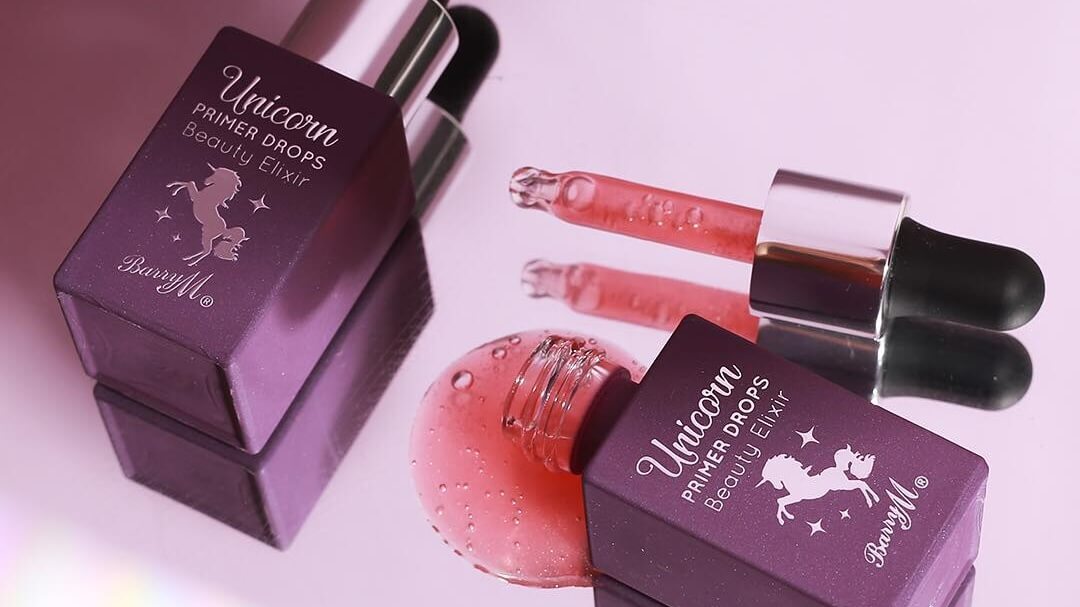 The new Unicorn Primer Drops are “packed with superfruits,” including goji and acai berries, watermelon, and tamarind, and according to the brand, they leave your skin smooth, hydrated, brightened, and protected.

At £7.99, the product is a more affordable version of the popular Italian beauty brand Farsali’s Unicorn Essence Primer Serum, which is also cruelty-free and uses very similar “superfruit” ingredients but is priced at around £40.

Founded in 1982 by Barry Meno, Barry M is a cult name in the UK, associated with colorful, dramatic, high-quality products – none of which are tested on animals. The brand is even a proud supporter of the Humane Society International’s Be Cruelty-Free campaign, an initiative that works to raise consumer awareness about animal testing, as well as change laws and practices.

You NEED to try our all #NEW Unicorn Primer Drops Beauty Elixir ?? Packed with superfruits, use to prime or mix with your foundation for a brightened and hydrated finish ✨ £7.99 and #VEGAN ? worn by #BarrysAngels @xshyox ?#CrueltyFree #CrueltyFreeMakeup #VeganMakeup #BarryM

Inspired by its work with HSI, Barry M has pledged to no longer sell products in China, where animal testing is compulsory. Further, none of the companies in the brand’s supply chain test on animals, and according to its website, it asks for annual written assurance from each supplier to ensure there are no slip-ups. “We love cosmetics but we love animals too,” notes the Barry M website. “Beauty with compassion has been at the heart of our company since 1982.”

Around the world, the market for vegan and cruelty-free cosmetics is growing. In fact, earlier this month, it was reported that worldwide vegan cosmetic launches had more than doubled in the last two years. According to global research firm Mintel, the launches represent a 175 percent increase from July 2013 to June 2018. Younger consumers, in particular, are leading the shift, claimed the firm.

A recent survey, conducted by beauty app Perfect365, supports this research. Over half of the women interviewed by the company stated they were against the practice of animal testing for cosmetics, again, most of these women were young, noted the app.

“Based on our recent user survey, data seems to suggest a large percentage of the younger generation of women are expressing concerns about the testing of beauty products on animals,” said the director of marketing for the company, Cara Harbor. “While animal testing has remained mostly unregulated, this study shows it is something beauty brands will really need to think about moving forward to meet consumer demands.”

The new Unicorn Primer Drops are available to purchase here.