The world’s largest ice cream chain announced today the arrival of its first-ever dairy-free flavors: Chocolate Chip Cookie Dough and Chocolate Extreme. Made from a coconut oil and almond butter base, both flavors are takes on classic fan-favorites. The former features egg-free cookie dough pieces with a chocolate ribbon swirl while the latter has chocolate chunks and a chocolate ribbon.

“The Baskin-Robbins culinary team has been hard at work on our non-dairy flavors for over two years. It was important for us to take the time to get it right,” Jeanne Bolger, Director of Research and Development at Baskin-Robbins, said in a press release, adding that the flavors deliver a taste and texture similar to its classic dairy flavors. 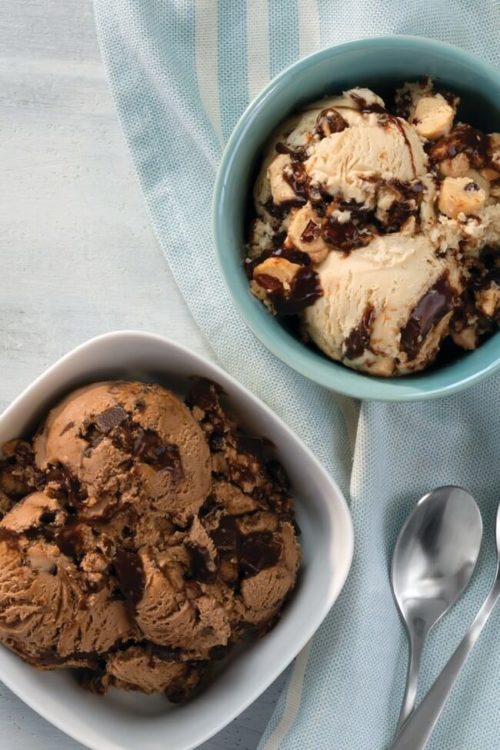 Baskin-Robbins serves vegan sorbet in its scoop shops, but dairy-free ice cream was in high demand, according to the brand. According to data from Global Market Insights, the vegan ice cream market is set to reach $1 billion by 2024. Consumers across the world are turning to dairy-free flavors due out of concern for health, environment, and animal welfare.

The report predicts that well-known brands will play a significant role in driving sales. Vermont-based ice cream brand Ben & Jerry’s has steadily built its portfolio of nondairy flavors since launching the first four in 2016.