Scottish investigative journalist Samantha Poling will explore the harsh realities of the dairy and live animal export industries in an upcoming special titled “The Dark Side of Dairy.” The episode is part of the new BBC One series “Disclosure,” which examines various issues affecting the lives of people living in Scotland.

According to the BBC, the series hopes to shed light on the mistreatment of animals born into the dairy industry. Poling will see firsthand what happens to male calves born on dairy farms. Like humans, a mother cow will only produce milk if she has a baby to feed. Dairy cows are artificially inseminated by farmers in order to induce milk production and babies are taken away from their mothers so the farmers can collect the milk. In an overwhelming majority of cases, newborn calves are torn from their mothers in just a few days – or sometimes, hours. Last month, international animal rights organisation PETA (People for the Ethical Treatment of Animals) invited U.S. dairy drinkers to see life through the eyes of a dairy calf in a harrowing virtual reality experience. 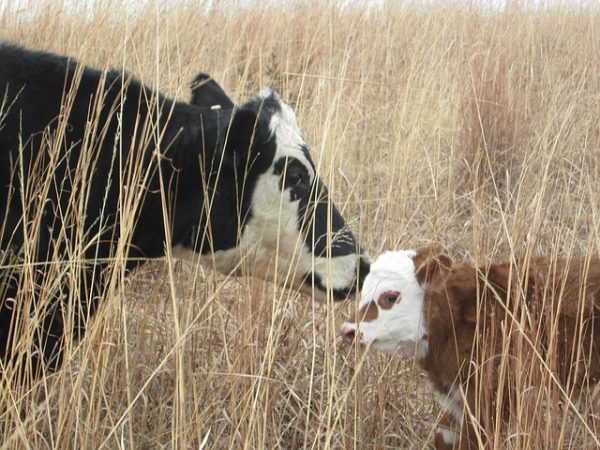 the ‘dirty secret’ of what happens to dairy calves

If a calf is female, she will likely face the same fate as her mother, losing every child she will give birth to, until she no longer produces enough milk and is sent to slaughter. If a calf is male, he is destined to be confined to a small pen called a “veal crate” until he is killed. However, The Guardian notes that it is less expensive for farmers to kill male calves shortly after birth. Recent figures show that 95,000 male calves have been killed on dairy farms. This practice is known as the industry’s “dirty secret.”

Poling will also expose the truth of the everyday reality of the live animal export trade, where live cattle are forced to endure long, cramped journies across Europe. The harsh nature of the trade has prompted a number of concerned individuals and legislators to speak out against live animal exports. Last February, a petition calling for the ban of the cruel practice following the UK’s exit from the EU was debated in Parliament, backed by MP Michael Gove. The Welsh government is also considering its own ban on live animal exports.

“The Dark Side of Dairy” is scheduled to air on BBC One Scotland on September 10 at 8:30 pm. The episode will be available for streaming shortly after airing.