Updated May 2, 2019. Chris Packham, the host of several BBC nature programs, is calling for realistic images on egg carton labels and other animal food products.

The television host — who has also written a number of wildlife books — claims that the current packaging of animal products is severely misleading to consumers, and he is advocating for total transparency.

Over the years, Packham — who switched from vegetarian to vegan in January 2019 — has noticed the pastoral marketing displayed on various meat, egg, and dairy packages, and he finds this dishonest. 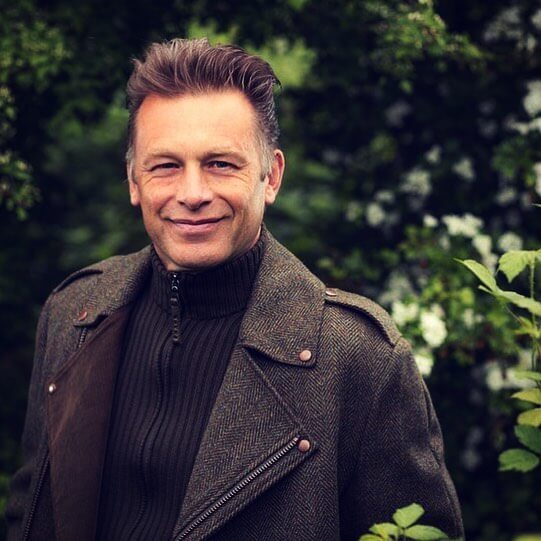 Packham believes that these pleasing images are at a juxtaposition to reality, in which animals are housed in dark, cramped warehouses and treated inhumanely. To reflect the reality of animal culture and what occurs to mass produce animal products, Packham is asking for “honest, factual packaging.”

To connect consumers to the truth of where their food actually comes from, Packham suggests placing warning labels and images on animal product packaging.

In an interview with The Times in 2018, he said, “there are photographs on cigarette packets of diseased lungs in an attempt to be factually but as shocking as possible, why wouldn’t we do it for food?” This would mean replacing those idyllic barnyard drawings with actual photographs of chickens cramped in cages, cows attached to milking machines, and animal carcasses to depict the reality of what shoppers are actually eating.

Although shocking, Packham believes this tactic would be a positive step toward improving animal welfare and increasing consumer knowledge. He reasoned, “if you pick up a pack of eggs from some ghastly farm and it had a photograph of birds in cramped cages, the impact on sales would be instant.”

This is not the first time Packham has spoken out on the topic of animal rights. In 2014, he wrote a letter to the producers of I’m A Celebrity…Get Me Out of Here!, a television show where contestants eat live insects and interact with live reptiles and other “creepy” animals.

He claimed the show was supporting animal abuse and asked that it end these “inhumane and embarrassing” challenges. Packham has also publicly opposed badger culling, grouse shooting, and hunting.