The world’s first-ever beluga whale sanctuary is set to open in Iceland next year.

The open water sanctuary will soon be home to two 12-year-old beluga whales named “Little White,” and “Little Grey,” who will be transported from a Changfeng Ocean World in Shanghai, China, New Scientist reports. Being released into the ocean was not an option for the belugas, as they have been dependent on human care for so long. However, in their new home, the whales will no longer be expected to put on shows for the public.

The project is the result of a six-year effort on the part of Sea Life Trust, a conservation organization that works to create marine life sanctuaries. The organization already owns and operates a seal sanctuary out of Cornwall in the UK.

The whales, who are still performing for visitors in China, will be moved to Klettsvik Bay in Iceland’s Westman islands, the location for the 1993 film “Free Willy.” The new home will feature a 32,000-square meter sea pen upon completion. 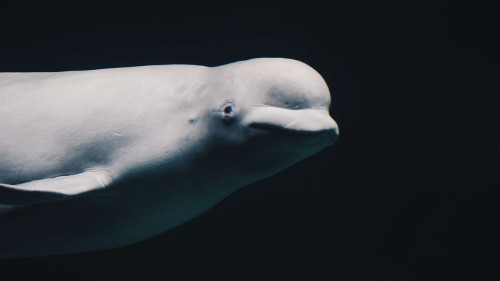 To prepare for the 35-hour journey, the whales have already been introduced to stretchers, allowing them to become familiar with the transportation equipment that will take them to their new sanctuary. Additionally, they are being taught how to hold their breath underwater for longer periods of time, as well as how to swim faster. Teaching the whales these skills will help them to cope when transitioning to the natural ocean environment.

Katrin Lohrengel from Sea Watch Foundation emphasized that while the long journey may be stressful for the two beluga whales, their social nature may play a role in helping them to adapt quickly.

Evidence throughout the years has revealed that cetaceans, beluga whales included, may be more sentient than previously thought. The 2013 documentary “Blackfish” told the story of the former captive SeaWorld orca Tilikum and helped to bring the reality of cetacean captivity into the public eye — the film is still causing a decline in ticket sales to the marine park. Further, in January, Vancouver Aquarium announced that it would no longer keep dolphins and whales in captivity, citing public pressure as one of the driving factors.

Sea Life Trust expects the beluga whale sanctuary to be completed by March of next year.