Soon, you will be able to enjoy your evening binge-watching sessions with a pint of Ben & Jerry’s vegan Netflix & Chill’d ice cream.

It calls the new creation “a chillaxing new creation that’s certain to satisfy any sweet or salty snack craving.”

The new flavor will roll out to more than 20 global markets. It will be available in stores from February.

CEO of Ben & Jerry’s Matthew McCarthy said in a statement, “this is the perfect pairing between Ben & Jerry’s and Netflix, to bring more magic to millions of fans (taste buds) across the globe.” 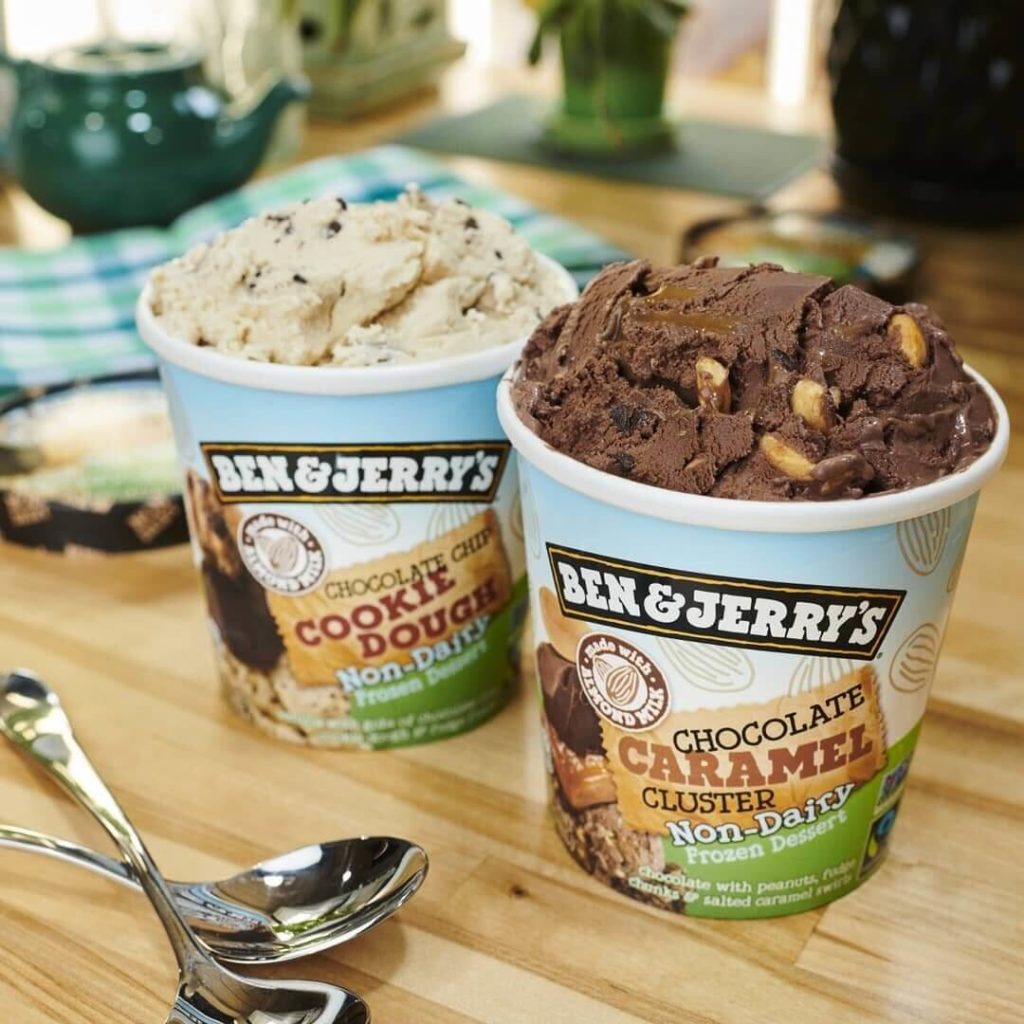 Ben & Jerry’s non-dairy ice cream is made from almond milk and comes in 12 flavors.

At the end of last year, it was reported that the brand was facing a lawsuit over the statement.

Ehlers maintained that much of Ben & Jerry’s milk is sourced from “factory-style, mass production” operations.

The Organic Consumers Association (OCA) filed a similar lawsuit in 2018.

OCA director Ronnie Cummins said in a statement, “Unilever reportedly spent more than $9 billion on advertising in 2017 alone. A significant portion of that was spent to create the false perception that Ben & Jerry’s is committed to a clean environment and high animal welfare standards.”

In a “victory for consumers,” the brand has now removed the “happy cows” statement from its labels. Cummins said, “this is just one small step toward a more honest representation of the Ben & Jerry’s brand.”