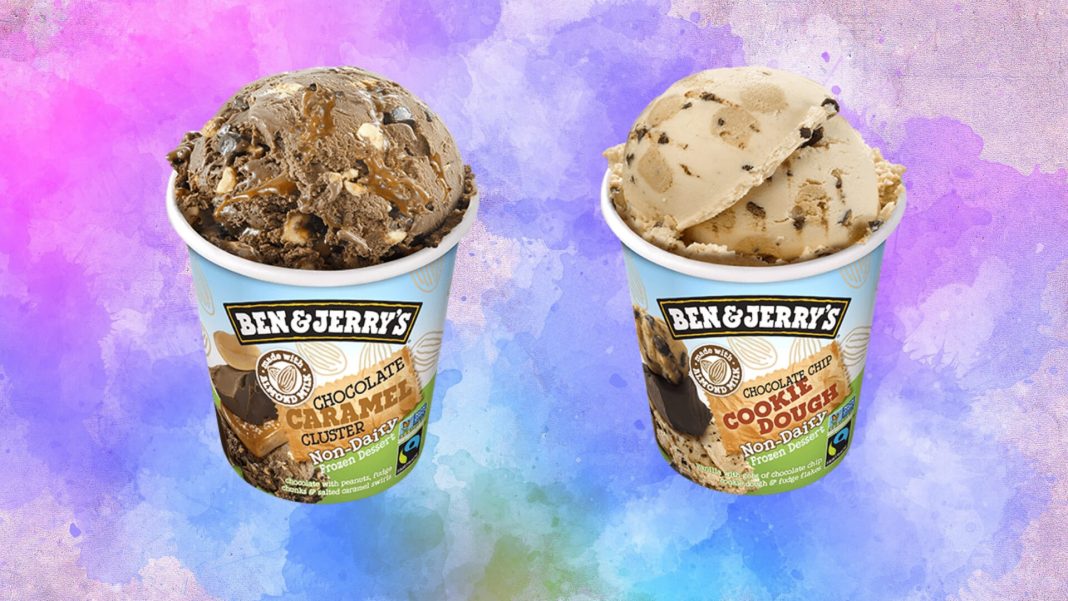 “Ever since we introduced Non-Dairy in 2016, our fans have been clamoring for more,” said Flavor Guru Sarah Fidler. “The biggest challenge this time was creating a chocolate chip cookie dough flavor that stood up to the original. I think we nailed it.”

NEW FLAVORS! Introducing Chocolate Chip Cookie Dough and Chocolate Caramel Cluster Non-Dairy! Fans have been asking for a #vegan version of our classic cookie dough flavor for ages, and we've finally gotten the recipe juuuust right. Coming soon to a freezer near you! Learn more at the link in our bio!

Sales of vegan ice cream are set to reach $1 billion by 2024, according to research from Global Market Insights released last October. Experts predict that the demand will be driven not only by consumers seeking healthier alternatives to dairy, but also ice cream aficionados seeking ice cream made from “innovative” bases like banana, avocado, and hemp milk.

Vegan Chocolate Chip Cookie Dough and Chocolate Caramel Clusters are available in major grocery stores nationwide. The former will also be available in select scoop shops. According to the brand, more non-dairy options may be introduced later this year.