Is Ben & Jerry’s getting ready to launch vegan CBD ice cream? It’s a possibility. CBD, aka cannabidiol, is having a moment in the U.S.

The non-psychoactive component of the cannabis plant won’t get you high (that’s THC, short for tetrahydrocannabinol) — proponents say it can alleviate a laundry list of ailments ranging from stress to chronic pain. It comes in the form of oils, smokables, and topicals or edibles like coffee (Willie Nelson actually makes CBD coffee) and vegan chocolate. Dairy-free ice cream might be next.

A statement on the Ben & Jerry’s website reads, “You probably already know that we’re fans of all things groovy — think: Half Baked and Dave Matthews Band Magic Brownies. So it’s no surprise that we can’t wait to get into the latest food trend: cannabidiol, or CBD.” 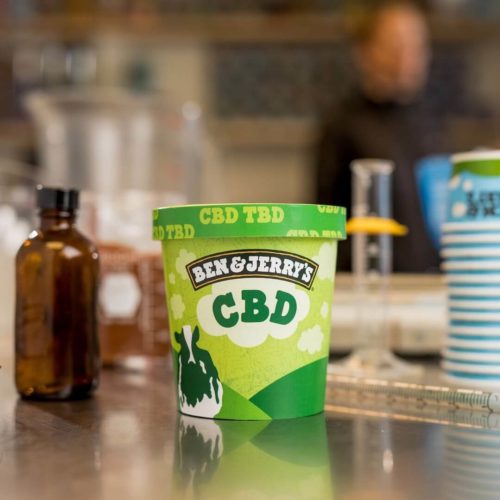 While Ben & Jerry’s is known for dairy ice cream, the Vermont-based brand has 12 nondairy flavors on offer. The company first launched four vegan ice cream flavors in 2016 and its dairy-free options now represent 25 percent of its “full-time” flavors. So could the potential CBD ice cream be vegan?

“We are very interested in starting to work on [vegan ice cream] once the FDA legalizes the use of CBD in food and beverage,” a Ben & Jerry’s representative told LIVEKINDLY in an email.

Ben & Jerry’s is known for taking progressive stances. Earlier this year it advocated for expunging cannabis convictions as more states continue to legalize use.

CBD is in a precarious situation at the moment. Hemp was legalized in the 2018 Farm Bill earlier this year, giving the agency the authority to regulate all cannabis compounds, including CBD. Although food and beverage manufacturers are already including it in products, the FDA hasn’t approved its use for either.

The FDA held its first public hearing on CBD last week as it works toward regulations, questioning its safety without medical supervision.

“Questions remain regarding the safety considerations raised by the widespread use of these products,” the FDA wrote in a public notice. “These questions could impact the approaches we consider taking in regulating the development and marketing of products.”

High Times reports that more than 400 applied to speak at the hearing and 120 were selected via lottery. According to the FDA, CBD cannot be used as a dietary supplement or food ingredient until regulations are in place. Evercore ISI analysts described the event as “at times quite absurd with outlandish claims, inconsistent messages and an undercurrent of potential safety concerns.”