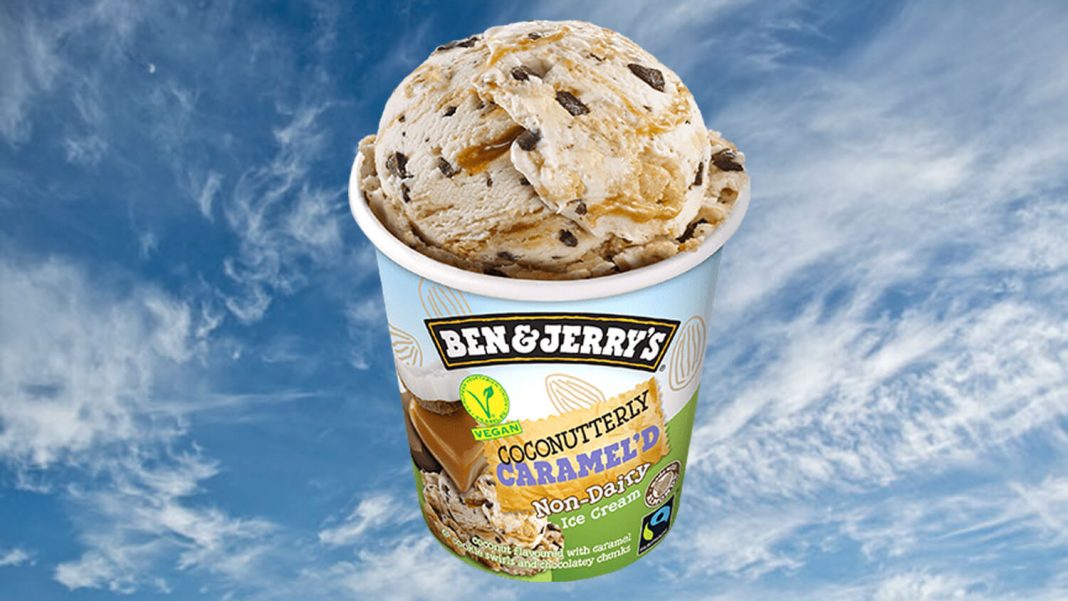 “We’ve been churning on this for years, trying to recreate the luscious flavors and satisfying creaminess that set Ben & Jerry’s dairy collection apart and we think we’ve cracked it with a taste like no udder – we think this tastes so good that our Non-Dairy fans won’t miss what’s missing,” the company said in a statement. “This flavor delivers it all—from caramel swirls to chocolatey chunks and…well…we’re coconutterly in love with this one!”

Ben & Jerry’s first launched four vegan flavors in 2016. The success led to a line expansion in 2017, with three more dairy-free flavors, and a mini cup range as well. The ice cream maker has been using almond milk for its vegan base, which it says delivers the perfect dairy-free Ben & Jerry’s consistency.

It also mirrors the trend in dairy-free milk preferences. Now with a range of vegan milk options, customers are experimenting more and mixing up their milk choices. Recent data found that 30 percent of customers regularly purchase vegan milk, regardless of other dietary preferences.

The Vermont-based ice cream manufacturer is now selling its dairy-free range across the globe in markets including Australia and the UK. But it’s not the only brand to veer into the vegan ice cream market. Competitors including Häagen Dazs, Halo Top, and most recently, Magnum, have all launched vegan ice cream flavors.

Vegan ice cream makers have become more inventive in recent years as the market demand increases. Cado makes its non-dairy frozen desserts from creamy and versatile avocados; the brand “My Goondess!” makes a persimmon-based ice cream; and Snow Monkey makes its dairy-free flavors out of a banana puree base.

Fans of Ben & Jerry’s can expect more vegan flavors likely in the near future, especially heading into warmer months. The Coconutterly Caramel’d launches in the UK in January.