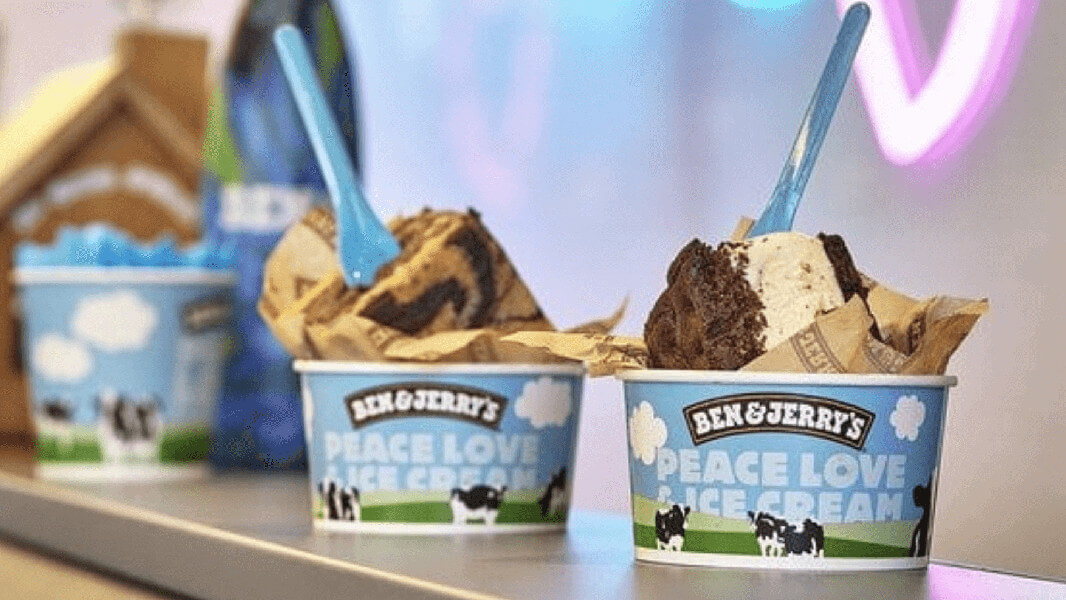 Spotted by the Instagram account Million Vegans, the almond milk-based ice creams are available in packs of four. Each 100ml tubs comes with a mini spoon, enabling consumers to indulge on-the-go. The pack includes two tubs of the Chocolate Fudge Brownie flavour, and two tubs of Chunky Monkey. The former is described by Ben & Jerry’s as containing “fabulously fudgy brownies in the non-dairy version of this fan favourite;” the brownies come from New York’s Greyston Bakery, which works to provide jobs and training to low-income city residents. The latter flavor, the Chunky Monkey, comprises banana flavoured ice cream with chocolate chunks and walnuts.

OMG? – Would you try these out?

The popular America ice cream brand first launched its non-dairy flavors in the UK in September 2017 in the flavours Peanut Butter & Cookies, Chunky Monkey, and Chocolate Fudge Brownie. In the US, the brand boasts nine unique dairy-free options.

Ben & Jerry’s decided to branch out into the vegan ice cream market as customer demand for the product grew. According to the brand, “We asked you. Lots of you. Some of you are committed to a vegan lifestyle, while others can’t or would rather not eat dairy. And all of you are missing the indulgent frozen delights you wish you could enjoy. We knew that with some hard work and experimentation we could deliver the taste and creamy texture you’ve been craving. So we did.”