Stiller — who is also a director, producer, and screenwriter — was spotted leaving vegan fast-casual chain By Chloe in Boston recently with a huge order of food.

The Boston Herald reported, “while we’re unsure of why he’s in town, we’re told that [Stiller] walked out of the fast-casual spot with quite the assortment of plant-based goodness.” It noted that he ordered the Quinoa Taco Salad, as well as Mac N’ Cheese, Kale Artichoke Dip, Classic Burger, Spicy Thai Salad, and Freshly Brewed Iced Tea.

By Chloe is a popular vegan restaurant chain, with locations in Boston, New York, Los Angeles, London, and Rhode Island.

“We are committed to maintaining a sustainable and vegan lifestyle and actively contribute towards lowering our carbon footprint and preserving our planet’s water supply through our animal-free menu, mindful ingredient sourcing, and eco-friendly packaging,” the chain notes on its website. “Eat well. Eat with purpose.”

Stiller isn’t the restaurant’s only celebrity fan. Last year, fellow actor Zac Efron took his friends for a meal at one of the chain’s New York City locations. Singer Ariana Grande has also been spotted there in the past. 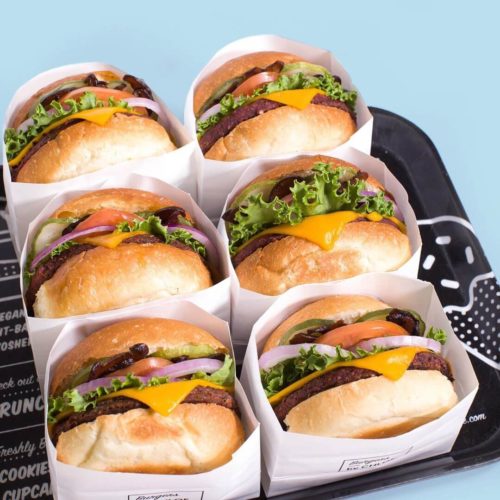 Stiller clearly enjoys vegan food, but he hasn’t confirmed his current dietary choices. Back in 2012, he told talk show host Conan O’Brien that whilst he follows a “mostly vegan” diet, he also eats fish.

Stiller informed the host of “Conan” that avoiding meat can be tricky sometimes, but his wife at the time, actor Christine Taylor, was more enthusiastic. She told People magazine that she felt the diet had improved their health. “It really has changed our energy level,” she said. “Sometimes you don’t realize it until someone says it to you, like, ‘your skin looks amazing.'”

She added that she wished she had fed her children a plant-based diet earlier. “We have friends that are vegan and their kids came out vegan,” she added.  “I’m so jealous that they had the information and they started the kids early because now to go back, it’s a little harder.”