Screenshots of the waiter who served Cumberbatch were posted on Twitter by vegan activist, Katie Louise Powell. Reportedly, his wife told the staff “my husband is vegan”. 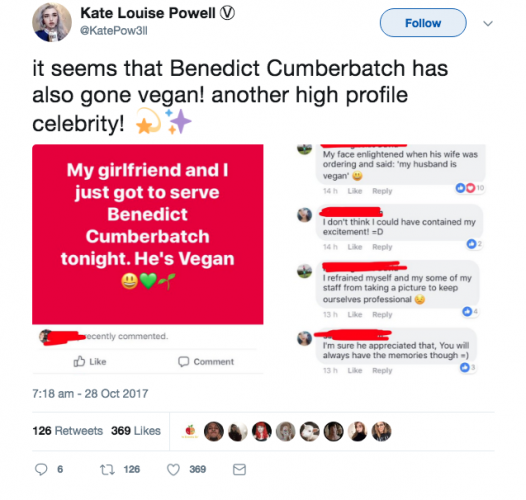 In a conversation that appears to have taken place over facebook the waiter commented saying that their “face enlightened” when they heard that he was vegan.

The waiter also noted that “He was really nice and thankful.”