The popular UK chain — which famously “bakes with chunks not chips” — is known for its melty, gooey cookies, which are freshly baked each day. It offers around 20 different flavors, however, this is the first time it has introduced a vegan chocolate option.

The first few days were a hit, according to the chain. It wrote on Instagram, “Well guys… we’re about to sell out. The response to our new vegan cookies has blown our minds! The last few vegan cookies are at our Brunswick Centre shop but will sell out tomorrow.”

It continued, “We’re doing out best to get more for you ASAP – we’ll keep you posted! Thanks for the amazing response.”

True to its promise, the cookie chain has since restocked its Carnaby Street and Brunswick Centre stores; there is no update on when the new additions will be coming to other locations across the country. 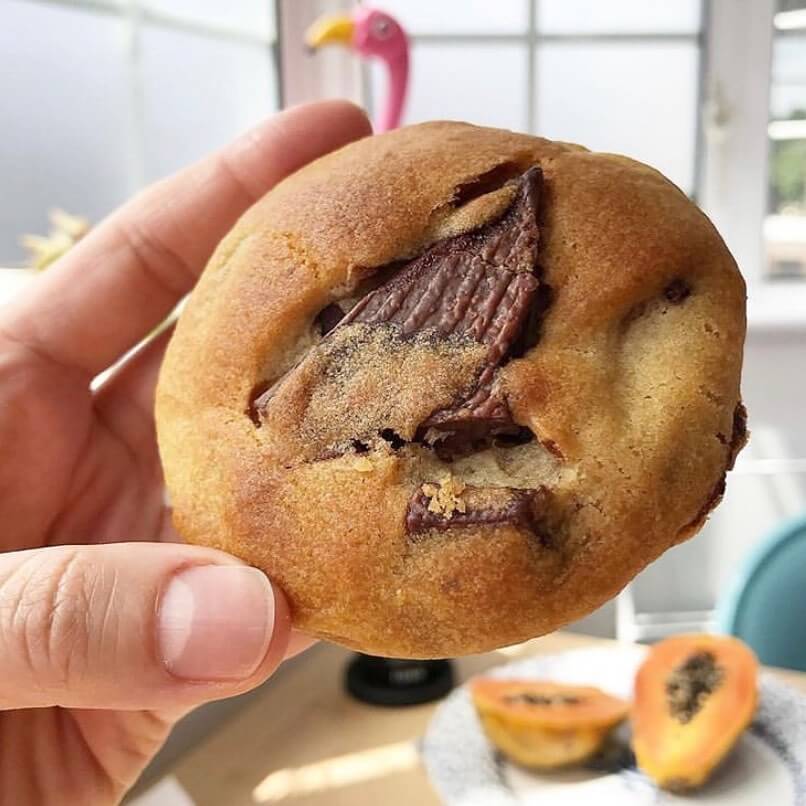 Cadbury’s is in on the act too, launching dark chocolate vegan Bourneville buttons in stores earlier this year. Affordable supermarket chain Iceland has also recently added vegan “melt in the middle” chocolate puddings to its shelves.

Why Are Dairy-Free Sweet Treats Rising in Popularity?

Across the UK, more and more consumers are opting to ditch dairy, for health, environmental, and ethical reasons. Its production is linked to high greenhouse gas emissions, and some studies have linked its consumption to heart disease and certain types of cancer.

The drop in demand has seen a decline in the industry; some experts have even predicted it could disappear entirely in the next decade.

Marion Nestle, professor of nutrition, food studies, and public health at New York University said earlier this year, “milk is the perfect food – for calves. There is no question about that. But for humans, it may not be. And it may not be necessary, and there is plenty of evidence that it isn’t necessary.”