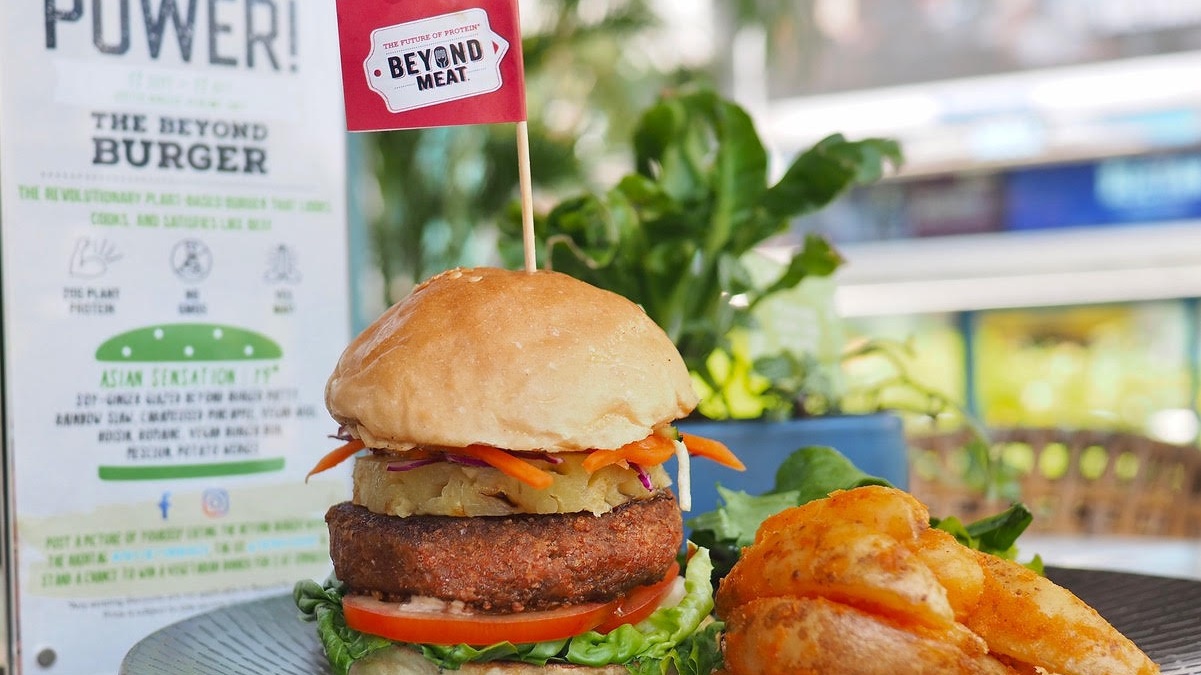 The availability of Beyond Meat’s vegan Beyond Burger, which looks, cooks, and tastes like a beef patty, is growing at a rapid rate in Singapore. Just eight weeks after its initial launch at the Grand Hyatt Singapore hotel, the burger is outselling beef at a rate of three to one. The vegan burger is now also available in a further nine locations.

Founded in 2009, US-based Beyond Meat aims to transform the food system and help to eliminate the need for animal agriculture; an industry that is not just harmful to animals, but one that is also currently suffocating the planet. Around the world, consumers are becoming more open to plant-based meats like the Beyond Burger for their health, the animals, and for the environment, and Singaporeans are no exception.

According to the head of food and beverage at Grand Hyatt Singapore Jerome Pagnier, in its first month of availability, the Beyond Burger outsold beef in the hotel’s Mezza9 restaurant. Before this, the burger was available from a food truck outside of the building; in just three days, over 3,000 burgers were sold.

Today’s the last day of our #beyondburger food truck experience! We’re still giving away 10 burgers. Find out how to get yourself one by viewing our IG Stories for the instructions. See you there! (?: @sethluicious) _ #GrandHyattSingapore #GHSPalate #beautifulcuisines #burger #foodtruck #singapore #weekend

As well as Mezza9, the plant-based patty is now sold in all five restaurants owned by the dining group Privé, and although it has only been available for a short time, it’s already performing well said the chairman of the group Yuan Oeij. “On many days we sell out,” he noted. “And almost all the feedback we [obtain is] extremely positive.”

He continued, “Many people appreciate the fact that we are selling either a meatless burger or actually featuring Beyond Burgers, something they have heard about and are curious to try. We’ve also had customers come back for repeats. Due to the positive response, we will continue to list the Beyond Burger as a promotion indefinitely, offering different inspired iterations of it.”

The burger is also being offered at vegan fast-food stall Hello Baby, as well as in three locations of chain WOLF Burgers, which offers online delivery with Deliveroo. However, whilst the burger is available animal product-free with Privé, at Mezza9 and at Hello Baby, the cheese, sauces, and bun are not vegan at WOLF Burgers.

Beyond Sausage officially launched in Singapore recently as well at the Grand Hyatt. The food truck outside the hotel reported selling over 200 sausages in just three hours.