Aussie-based vegan chain, Lord of the Fries, posted an attention-grabbing teaser on their Facebook page. The simple image shows a light grey box framing a sketch of a burger, with the caption, “Get Ready for Something Beyond Amazing.” Could the Beyond Burger be coming to Australia’s popular plant-based chain?

Lord of the Fries is a widely followed franchise with a completely vegan menu. Options include veggie burgers, hot dogs, onion rings, chicken tenders, and of course, really good French fries. Of course, no fried food is complete without the proper condiment. Beyond their fries, the chain is also known for their range of sauces. With eleven options to choose from, from Classic American to Deluxe French Canadian, customers are sure to find their perfect match. Could fans soon be swiping these sauces on the Beyond Burger?

True, Lord of the Fries already has a line of its own vegan burgers. The company claims their Original Burger ‘will have traditional burger-lovers licking their lips,’ according to the website. However, the plant-based chain would not be the first to incorporate the Beyond Burger into their meatless menu. In December 2016, US-based Veggie Grill adopted the Beyond Burger. It is now featured alongside Veggie Grill’s other vegan burger varieties in all locations nationwide. The addition is not meant to compete with the restaurant’s veggie burger; it simply provides the consumer with more options. 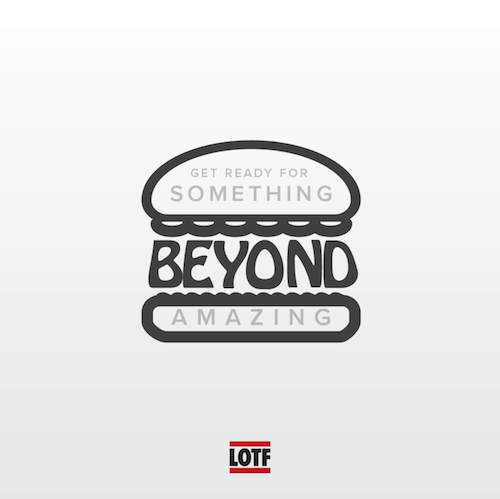 Although the chain is rapidly expanding its Australian locations, the addition of the Beyond Burger could create even more buzz for Lord of the Fries. Within less than twenty-four hours, the teaser post garnered fourteen hundred reactions, forty-eight shares, and three hundred and fifty-one comments on Facebook. The comments are mixed; some are beyond excited, others fear the loss of their favorite Original Burger. One thing is clear: the Beyond Burger sparks conversation.

For a business that began as a roaming fry van, Lord of the Fries has come a long way. Bound by their love of French fries, couple Mark and Mandy founded the company in 2004 to fill the void of the perfect, non-processed fry. During the first few months, the couple only sold fries and sauce in a paper cone, served out of their van. In 2005, the couple secured their first location in Melbourne and expanded their menu. There are now six brick-and-mortars across Australia, including one in New Zealand.

Could Lord of the Fries be planning another menu expansion…including the Beyond Burger? Only social media will tell.