IKEA shoppers can now buy the vegan “bleeding” Beyond Burger at select stores in the Netherlands.

A new “even meatier” version of the plant-based patty is now available at IKEA Amsterdam and Amersfoort for €7.90.

According to Bram Meijer, Beyond Meat’s Regional Marketing Director EMEA, the new burger is in line with the brand’s “Eat What You Love” mission. “We are excited to introduce IKEA customers in Amersterdam and Amersfoort to the delicious taste and texture from the new Beyond Burger,” he said in a statement.

“Our goal is to make vegetable proteins more accessible. We are proud that we can achieve this goal in collaboration with IKEA,” he added. He noted that the chain “strives for a more sustainable life.”

According to the company, the Plant Balls are also made with pea protein, to make them even meatier than their predecessor: Veggie Balls. The latter features a blend of chickpeas, green peas, and carrots. 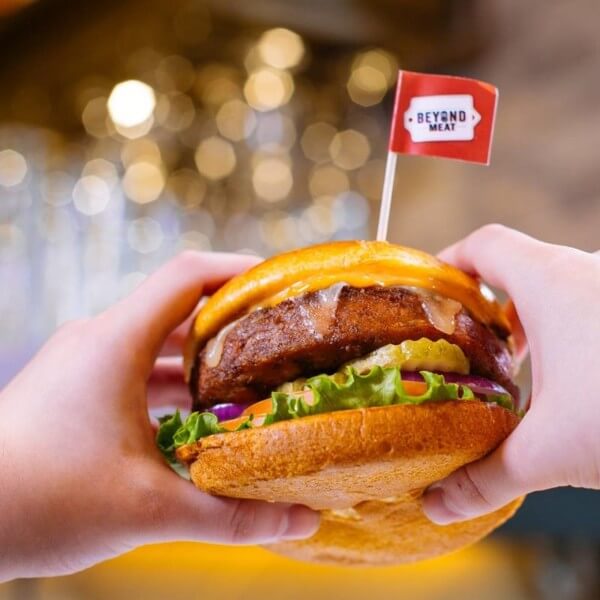 The Beyond Burger is made with pea protein.

‘A More Sustainable Life Does Not Have to Be Complicated’

He added: “[IKEA shows] that a healthier and more sustainable life does not have to be complicated.” He continued, “the cooperation with Beyond Meat fits in well with this.”

IKEA is not the only company serving meatless meat. Elsewhere in the Netherlands, a KFC restaurant has ditched chicken completely for a week. The location, in Rotterdam, is serving Quorn vegetarian crispy tenders and burgers for the Netherlands’ National Week Without Meat. The week-long campaign launched in the country in 2018.

Philip Mansbridge—the executive director of food awareness organization ProVeg UK—told Vegan Food & Living: “for a brand of KFC to go 100 percent meat-free for a full week is nothing short of pioneering. We are seeing a glimpse into the future of fast food right here.”