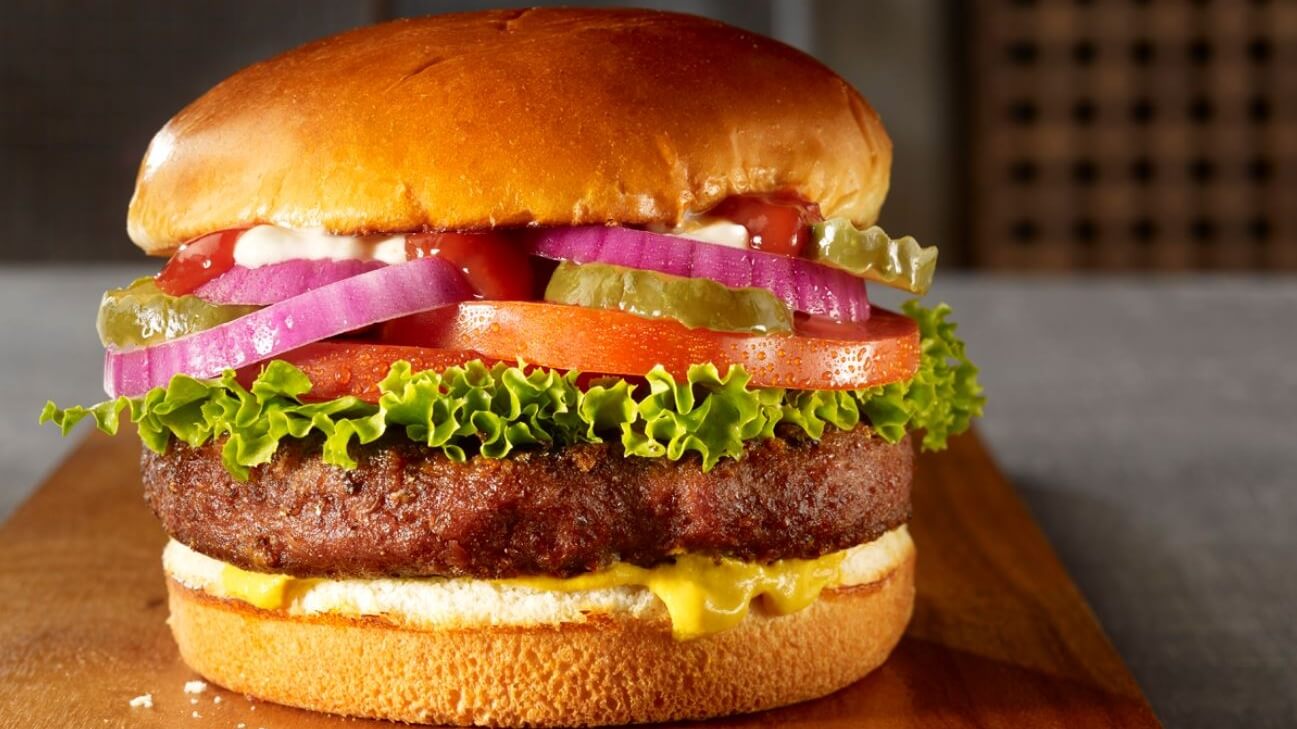 Taiwan has become the second location in Asia to offer Beyond Meat’s “bleeding” vegan Beyond Burger. The burger will be stocked at TGI Fridays across Taiwan.

The Beyond Burger is a vegan patty that is said to cook, look, and taste like a beef patty. The item made its Asia debut in Hong Kong last year, which proved successful. Following the launch, sales of the burger quadrupled in the first year of sales.

Now, the Beyond Burger will be available in all Taiwanese TGI Fridays. The casual dining chain will serve the patty as a “Mushroom Beyond Meat Burger,” seasoned and pan-fried, with salad greens and truffle mayonnaise. It is not clear whether the sauce is vegan, however, diners opting to eat entirely plant-based could request for the mayonnaise to be removed. The bun option may not be vegan as well.

The Beyond Burger’s Taiwan expansion is part of Beyond Meat’s plans for global distribution. The company announced earlier this year that it had partnered with distributors across the world, including in Taiwan and other locations like South Africa and Mexico. It recently launched in the UK at Honest Burger and in Canada at more than 900 A&W locations.

Initially, the TGI Fridays Beyond Burger will be a specialty item in Taiwan that is heavily promoted for two months. In late September, the chain will uphaul its menu and permanently add the Beyond Burger to its offerings, Green Monday’s marketing and PR manager Alvin Lee told LIVEKINDLY.

At the Hong Kong Beyond Burger launch, Beyond Meat’s founder and CEO Ethan Brown said, “Consumer reaction to the Beyond Burger has been amazing, and we know it’s because this burger, made with pea protein, satisfies like a beef burger but with the upsides of plant-based protein.” He continued, “It represents a decade of research to capture the look, feel, sizzle, aroma and taste of a hamburger.”

Beyond Meat is served at upwards of 10,000 food establishments across the globe. Beyond Meat’s chairman, Seth Goldman divulged that the food system is experiencing an “exciting moment” amid a paradigm shift away from animal product-heavy diets to more plant-based food.