Beyond Meat’s German debut mirrored the vegan meat company’s success in other markets – selling out almost immediately after launching at Lidl supermarkets across the country.

Beyond Burgers look, cook, and taste like traditional beef burgers. But the vegan patties are made from pea protein, coconut oil, and beets. And meat-eaters have been gobbling them up at fast-food chains including Carl’s Jr. in the U.S. and A&W in Canada.

Beyond Meat announced distribution expansion plans to Europe earlier this week, with a factory slated for the Netherlands as part of a partnership with meat producer Zandbergen.

“Localized production is expected to reduce the brand’s transportation footprint, while increasing the speed in which Beyond Meat can get products to customers across Europe,” the company said in a statement to Reuters. 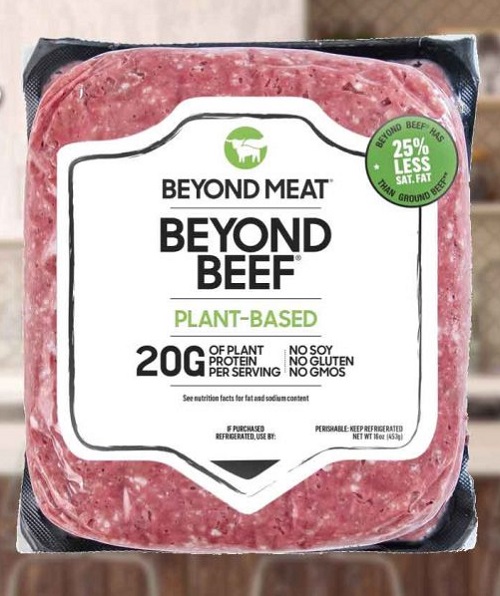 Beyond Meat will launch vegan ground beef this year.

The news comes after Beyond Meat’s IPO earlier this month. It’s the first vegan meat company to go public. Shares increased 85 percent with the company now valued at more than $5 billion. It was the largest IPO for a company its size in nearly two decades. According to J.P. Morgan analyst Ken Goldman, the vegan meat market will be worth $100 billion by 2034.

The launch earned support and praise of celebrities including vegan actress Jessica Chastain who said the launch makes her hopeful for the future. Rapper Snoop Dogg drove the Beyond Meat truck the day after the launch, serving up free vegan burgers to fans around Southern California.

Despite its history of meat and dairy consumption, Germany has been steadily shifting toward vegan food. Berlin is now ranked as one of the most vegan-friendly cities in the world. PHW Group, Germany’s largest poultry producer, has added an “alternative” protein department that features Beyond Meat and vegan egg from JUST.

Lidl is expanding its vegan offerings across the board as well. This week, the supermarket chain also launched a new range of dairy-free yogurts under the Just Free label. The new coconut-based yogurts join the dairy sets. Earlier this year it added vegan pizzas and vegan meat from Swedish brand Oumph!.