LIVEKINDLY
Home Business A Look Inside the Beyond Meat ‘Bleeding’ Vegan Burger Factory Taking the... 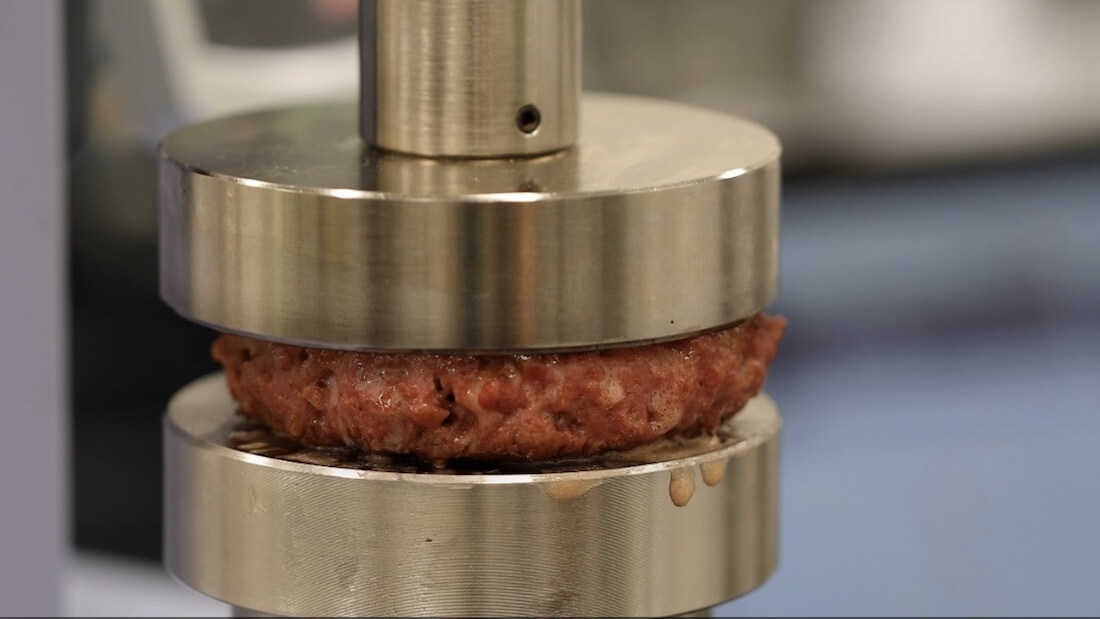 Have you ever wondered what the inside of one of the world’s first plant-based “bleeding” meat factories might look like? American business magazine Fast Company did — the publication recently took part in an exclusive look around the facilities of vegan burger and sausage giant Beyond Meat.

The updated factory in El Segundo, California is sleek and innovative, filled with gadgets and mechanisms to get the Beyond Meat products tasting just right, the publication notes. The entire factory “dedicates itself to flavor, aroma, appearance, and texture.” Scientists wear white lab coats featuring the slogan “The Future of Protein” as they work to continue developing one of the most ground-breaking products in the plant-based industry, the Beyond Burger, which sizzles and “bleeds” just like a real beef burger.

The factory has a whole department dedicated to color, led by Jonny Gordon, a chemist turned food lab scientist. “He plays with a variety of fruits and vegetables – blending them together in a more sci-fi version of a Vitamix,” Fast Company notes. “The contents are then powderized in what looks like a cotton candy machine.”

But it’s not all about taste and appearance, it’s about the smell too. An “E-nose” aroma inspector machine ensures that the Beyond Meat products give off the same meaty scent as a traditional pork sausage or beef burger. The machine works to isolate molecules from samples of the air that surround animal products, which Daniel Ryan, the director of chemistry, tries to match with similar molecules in plants. The main aim, according to Fast Company, is to create an exact replica of the aroma in a steakhouse.

The 26,000 square foot facility, which has previously wow-ed celebrities like Karlie Kloss, is necessary to the company’s main aim, says CEO Ethan Brown. Whilst Beyond Meat has already supplied millions of burgers and sausages to restaurants and retailers across North America, the vegan meat brand wants to change the protein industry globally. This mission has already begun; partnering with distributors internationally, Beyond Burgers are set to land in meat cases of the UK’s top supermarket Tesco this August.

“We needed to invest in science technology to fundamentally understand meat – it’s composition and architecture and to rebuild it from plants,” Brown explained. “We expect a bunch of chefs and food scientists to solve a massive global problem, which is supplying protein to seven billion people.”