Yum! Brand Foods, parent brand to Taco Bell, KFC, and Pizza Hut, revealed the details in a press release. From June 3, KFC will offer the Beyond Burger as a 3-day limited time offer at five locations in Beijing, Chengdu, Hangzhou, and Shanghai.

Pizza Hut will launch its first-ever burger option by testing a flexitarian combo set. This includes both a Beyond Burger and an Australian sirloin steak burger. It will be available at six stores in Shanghai from June 8 to 11. Pre-sale coupons are required for purchase, which are available exclusively to Pizza Hut members.

According to the press release, Taco Bell will launch a taco made with the Beyond Burger patty at three stores in Shanghai from June 3-10. The taco is an update on Taco Bell’s classic recipe, featuring chipotle, black beans, and vegetables.

Beyond Meat first partnered with KFC last August to produce Beyond Fried Chicken. The collaboration between KFC and Beyond Meat marks the first time a quick-service restaurant has created a vegan fried chicken. The plant-based fried chicken was trialed for one day at a KFC location in Atlanta.

Following the success of the trial in Atlanta⁠—which saw the vegan meat sell out in less than five hours⁠—KFC trialed the menu item in more than 70 locations in Charlotte, Nashville, in February.

“We’re proud to expand our partnership with KFC into China, one of their largest markets worldwide, as well as introduce a new partnership with Pizza Hut in China,” a spokesperson for Beyond Meat told Bloomberg in an email. “We’ll be sharing more details soon.”

In April, Beyond Meat made its debut in China. International coffee chain Starbucks added five Beyond Meat products to its lunch menu in more than 3,000 of its China locations.

As part of the new “GOOD GOOD” menu, Beyond Meat’s plant-based proteins are available in three pasta and lasagna dishes. 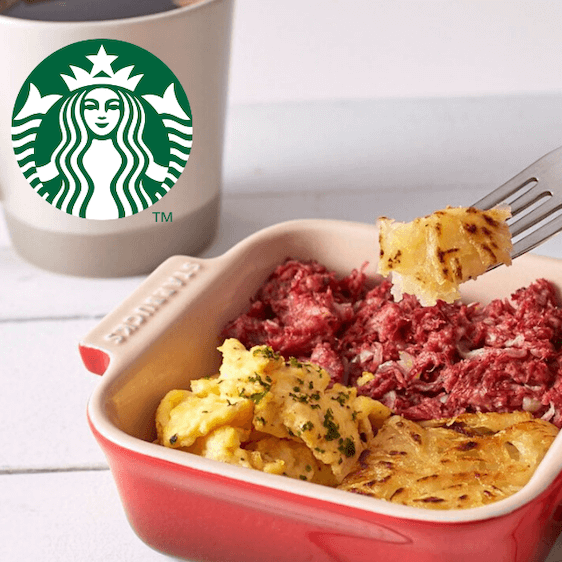 Beyond Meat first entered the Chinese market with its partnership with Starbucks.

Some experts believe COVID-19 originated at the Huanan Seafood Wholesale Market in Wuhan, China. In the midst of the coronavirus pandemic, meatless products have been growing in popularity throughout Asia.

A study by Deliveroo Hong Kong revealed vegan food orders are skyrocketing in the region. As of May, the delivery service says plant-based food orders in Hong Kong have increased by 104 percent compared to the same time period last year.

In 2016, the Chinese government released an updated set of dietary guidelines that recommended a limit in the consumption of meat in order to combat diabetes and cardiovascular diseases.

In Hong Kong, a survey by Green Monday revealed nearly a quarter of the population were already limiting their meat intake by following a flexitarian diet. The study also found that 70 percent of the Hong Kong residents surveyed said they were willing to try flexitarianism. 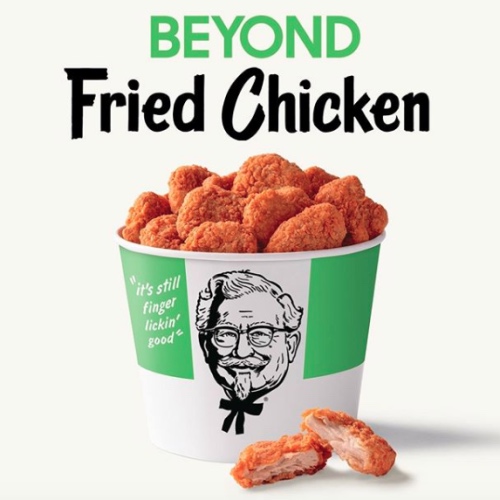 Beyond Meat has partnered with KFC in China. | KFC

In April, Cargill trialed vegan chicken nuggets at three KFC locations in China. The plant-based nuggets, which were available in Shanghai, Shenzhen, and Guangzhou, sold out quickly.

Following the successful trial, the meat giant revealed it will now roll out an entire range of plant-based products throughout the country.

The new brand, called PlantEver, will launch at the end of June.

In a statement, Jackson Chan, the managing director of Cargill Protein China, said: “the launch is just the beginning and we look forward to continuing to innovate.”