It’s been less than a week since El Segundo, California-based vegan protein brand Beyond Meat became the first of its kind to go public. According to estimates, it may be more profitable than Tyson Foods, the largest meat producer in the nation.

Beyond Meat’s IPO launched last Thursday, listed on Nasdaq as “BYND.” Initially priced at $25 per share, it closed its first day at $65 — a 163 percent increase in value. Countless news sources reported that the maker of the “bleeding” Beyond Burger had the biggest first-day IPO in nearly two decades.

“The good news for BYND is that, while the company is still relatively small, it’s already showing signs of achieving economies of scale,” Forbes reports. “Gross margins turned positive for the first time in 2018. More impressively, at 20%, its gross margins have already surpassed Tyson Foods (TSN), the largest meat producer in the U.S.” 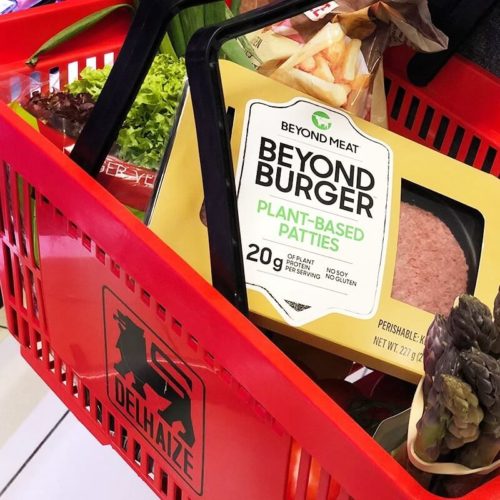 Tyson Foods previously held a six percent stake in Beyond Meat, which it sold ahead of the IPO. The major poultry brand aims to test its own plant-based protein later this year.

Founded in 2009, Beyond Meat specializes in vegan meat — most notably, its pea protein-based Beyond Burger, a realistic beef-like plant-based burger sold in more than 15,000 restaurants, hotels, and universities across the globe.

Partnerships with major restaurant chains like Carl’s Jr, Del Taco, and A&W Canada is one of the brand’s key tactics in creating a more sustainable food system.

Animal agriculture like beef production is one of the biggest contributors to climate change. Beyond Meat aims to provide plant-based products that cook and taste like the real thing. The brand is credited with helping make vegan meat go mainstream; the Beyond Burger was the first plant-based burger stocked in the grocery store meat aisle.

“If we insist meat be defined by origin—namely poultry, pigs and cows—we face limited choices,” Beyond Meat CEO and founder Ethan Brown wrote in a shareholder letter. “But if we define meat by composition and structure—amino acids, lipids, trace minerals, vitamins, and water woven together in the familiar assembly of muscle, or meat—we can innovate toward a solution.” 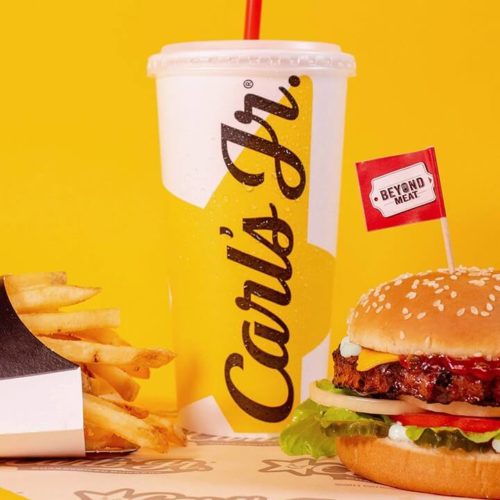 None of those key components of meat, Brown explained, are exclusive to animals. Everything that makes “meat,” as it’s understood in mainstream culture, can be found in the plant kingdom.

“The animal serves as a bioreactor, consuming vegetation and water and using their digestive and muscular system to organize these inputs into what has traditionally been called meat,” Brown continued. “At Beyond Meat, we take these constituent parts directly from plants, and together with water, organize them following the basic architecture of animal-based meat. We bypass the animal, agriculture’s greatest bottleneck.”