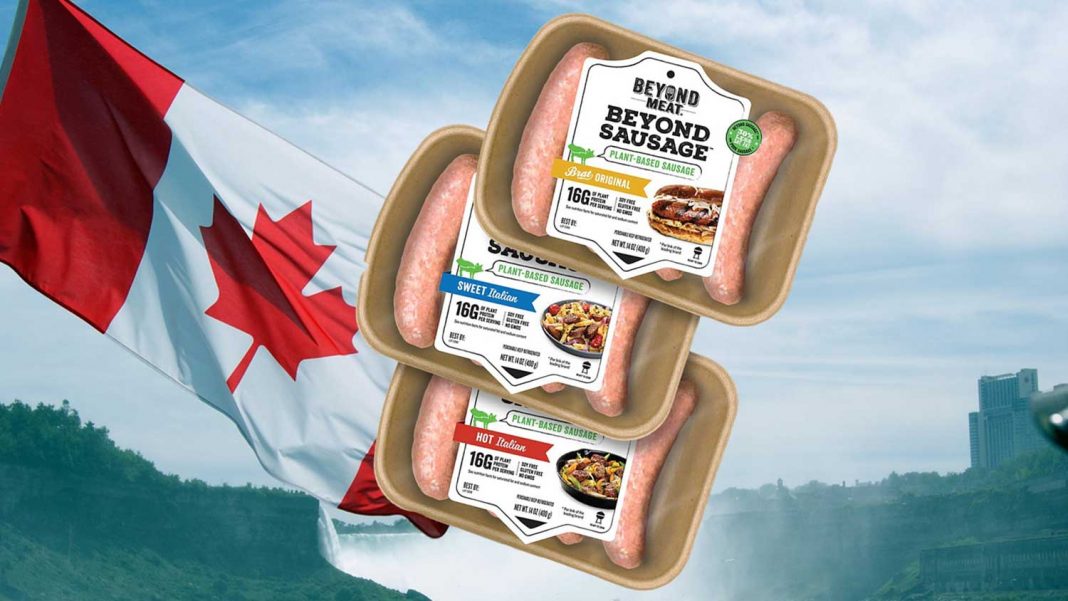 Beyond Sausages by vegan meat brand Beyond Meat have launched in Choices Markets across British Columbia.

Choices Markets — which specializes in natural and organic foods — announced the launch on its website, revealing that the “world’s first plant-based sausage that looks, sizzles, and satisfies like pork” is now available at its deli counters.

Available in three different varieties, the Brat Original, the Hot Italian, and the Sweet Italian, the vegan Beyond Sausage has even received the seal of approval from a pork expert. In September last year, the vice president of the U.S. National Pork Board admitted that the flavor was “close” to the real deal.

Choices Markets is also stocking the Beyond Burger; similar to the Beyond Sausage, the patty supposedly looks, cooks, and tastes just like its meat counterpart.

?Beyond Sausage Alert ?Our breakthrough sausage that looks, sizzles and satisfies like pork sausage, is starting to show up in more stores across the US. Coast-to-coast, we're expanding distribution to make it easier than ever to find #BeyondSausage in your local meat case! ____________________________ Click link in bio for the most up-to-date store list.

The new burger is a hit with consumers, boosting A&W’s sales by 10 percent in its fourth quarter in 2018.

“innovation is the biggest driver of our business,” CEO Susan Senegal said last year. “Suddenly, people are attracted by one or the other of the changes and that all adds up to more guests in our restaurants.”

She continued, “Anecdotally, we heard that some guests who hadn’t been to A&W for a while were attracted by the idea of the Beyond Meat burger, and as well as some of our regular guests who just decided that they wanted to try it… so they came and gave it one more visit.”

As of earlier this month, Beyond Meat burritos are also available from the Canadian Mexican-inspired fast-casual chain Quesada Burritos & Tacos.

Ethan Brown — the founder and CEO of Beyond Meat — said in a statement about the partnership, “We pride ourselves in creating delicious, sustainable protein for the center of the plate that enables consumers to continue eating what they love… while enjoying the health and environmental benefits of plant-based meat.”

Beyond Meat isn’t only making waves across Canada, its products are available in stores and chains around the world, including in the U.S., Europe, Australia, and Hong Kong.