Vegan meat company Beyond Meat plans to launch vegan breakfast sausages this fall, according to a flyer presented by the company at the National Restaurant Association Show in Chicago. Called the “Beyond Breakfast Sausage,” this product will likely follow in the footsteps of the company’s vegan Beyond Burger and Beyond Sausage, both of which have made a splash in the grocery and restaurant world for their realistic taste and texture.

According to the flyer, the Beyond Breakfast Sausage is non-GMO and free from soy and gluten. Like the vegan Beyond Sausage and Beyond Burger, the vegan breakfast sausage patties will likely be made primarily from pea protein and feature flavors and textures that mimic classic breakfast sausages. 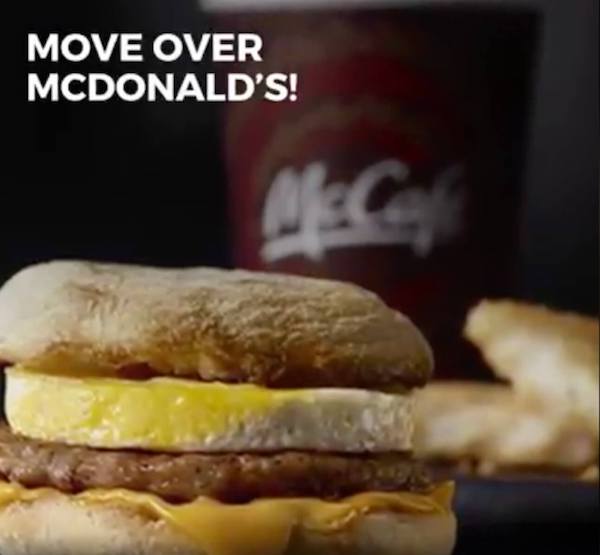 2018 has been a big year for Beyond Meat so far. Following the hugely successful debut of the Beyond Burger in 2016, the vegan meat company debuted the Beyond Sausage late last year. The vegan Beyond Meat sausage that looks, cooks, and tastes like a traditional pork sausage, is being served at historical sausage shops across the country, including Schaller’s Stube Sausage Bar in New York City. Shortly after that, the Beyond Sausage began rolling out to other independent restaurants, followed by the fast-casual vegan chain Veggie Grill, before finally receiving widespread distribution at Whole Foods Market locations across the country.

The vegan Beyond Burger, meanwhile, continues to make a major impact on the food world. Earlier this year, it was reported that the “bleeding” vegan burger has been outselling beef in the meat case of a major California supermarket, proving that selling vegan meat in alongside traditional meat can be a successful strategy for attracting new customers. Restaurants including TGI Fridays, Bareburger, and Walhburgers continue to see demand for the vegan burgers — often from meat-eating consumers, not just vegans. On an international level, the meat-heavy Hong Kong-based burger chain, The Butchers Club reported that the three vegan Beyond Burger preparations on its menu now accounts for 15 percent of the company’s sales. Meanwhile, PHW Group, a major meat distributor based in Europe, has partnered with Beyond Meat in order to bring the Beyond Burger to Germany.

Beyond Meat says it will be expanding to 50 countries later this year.