Beyond Meat’s “bleeding” Beyond Burger is now available in South East Asia. The company has partnered with the Grand Hyatt Singapore, which sold 1,000 of the popular vegan burgers during its launch event.

Last week, the hotel announced on Instagram it is the first location in South East Asia to launch the 100 percent plant-based, gluten-free, soy-free “bleeding” burger patty, which it describes as “#burgerporn.”

To celebrate the launch, the hotel set up a stationary food truck on its driveway for three days, selling its vegan burger creations to a continuous line of customers. 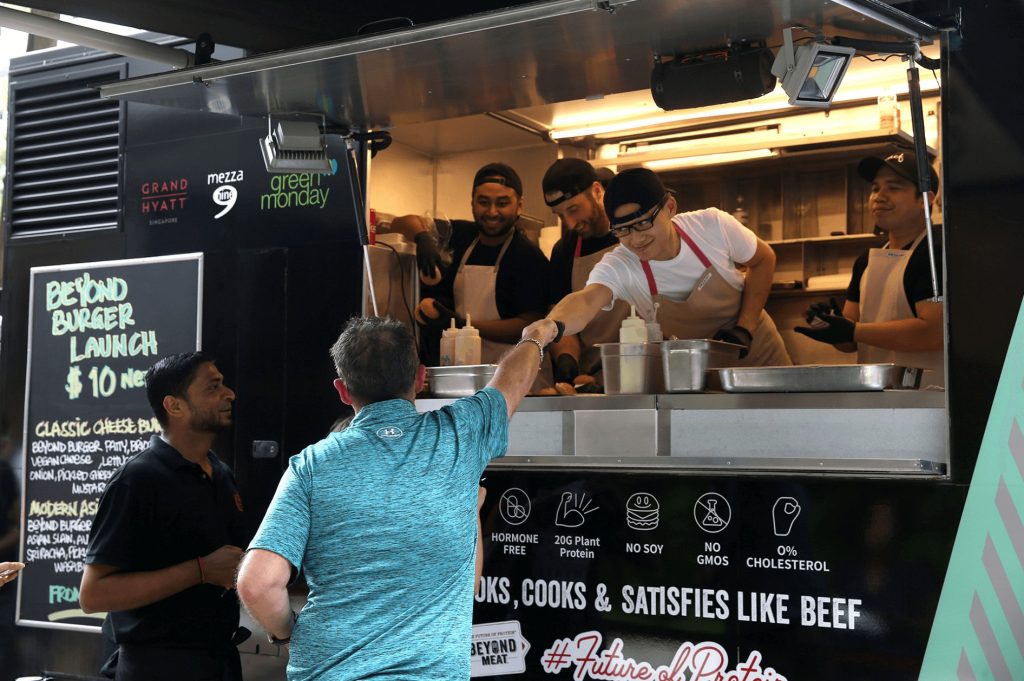 Speaking to Kiss92, the hotel’s Food and Beverage Director Jerome Pagnier confirmed that thirty people had lined up outside the truck before it opened. Pagnier noted that even meat-eaters were “excited” for the launch.

A vegan himself, Pagnier pushed the Beyond Meat initiative. According to Instagram, he is always “brainstorming ideas to bridge both his passions for environmental sustainability and the hotel industry.” He is thrilled that customers can now become “agent[s] of change in order to protect our planet and future generations” by ordering the Beyond Burger at the hotel. 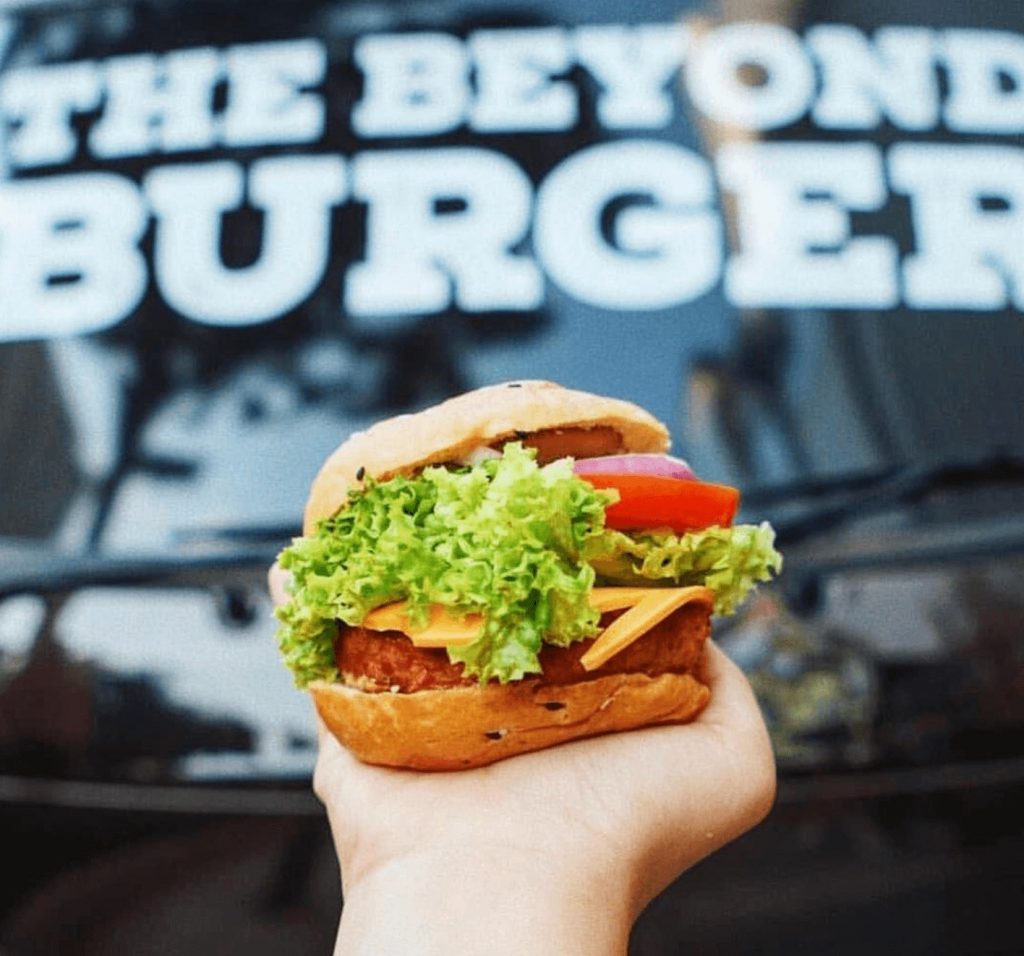 Developed by the Los Angeles-based company Beyond Meat, the much-lauded burger is in high demand across the globe.

The Beyond Burger, which replicates the taste and texture of a beef-based hamburger using plant-based ingredients including beets, peas, and coconut oil, is seeing rapid growth in Hong Kong. Since its debut there last year, the company has quadrupled its sales in the region, according to recent sales data. This is due in part to the work of Green Monday, a campaign that promotes meatless meals once a week.

In July, Taiwan became the second location in Asia to offer the vegan Beyond Burger, which will become a permanent fixture on TGI Fridays menus across the country from September. The Beyond Burger is also set to arrive in the United Arab Emirates, at the organic burger joint Bareburger, a US-based chain.

In Singapore, the Beyond Burger is now available in the Grand Hyatt’s mezza9 restaurant for $25. It is served as a Classic Cheese Burger with vegan cheese or as a unique Modern Asian Burger with sriracha sauce.