The California-based food brand tested its new innovation at five popular Shanghai restaurants from November 18 to 24.

The new minced vegan pork is the first product Beyond Meat has created specifically for the Chinese market. According to the company, it is designed to deliver “the sumptuous taste” of animal-based minced pork. It also has the same “juicy texture” and “culinary versatility.”

“With Beyond Pork, Beyond Meat is providing even more delicious options for consumers to continue to eat their favorite dishes while enjoying the added nutritional and environmental benefits of plant-based meat,” Candy Chan, Beyond Meat’s China General Manager, said in a statement. 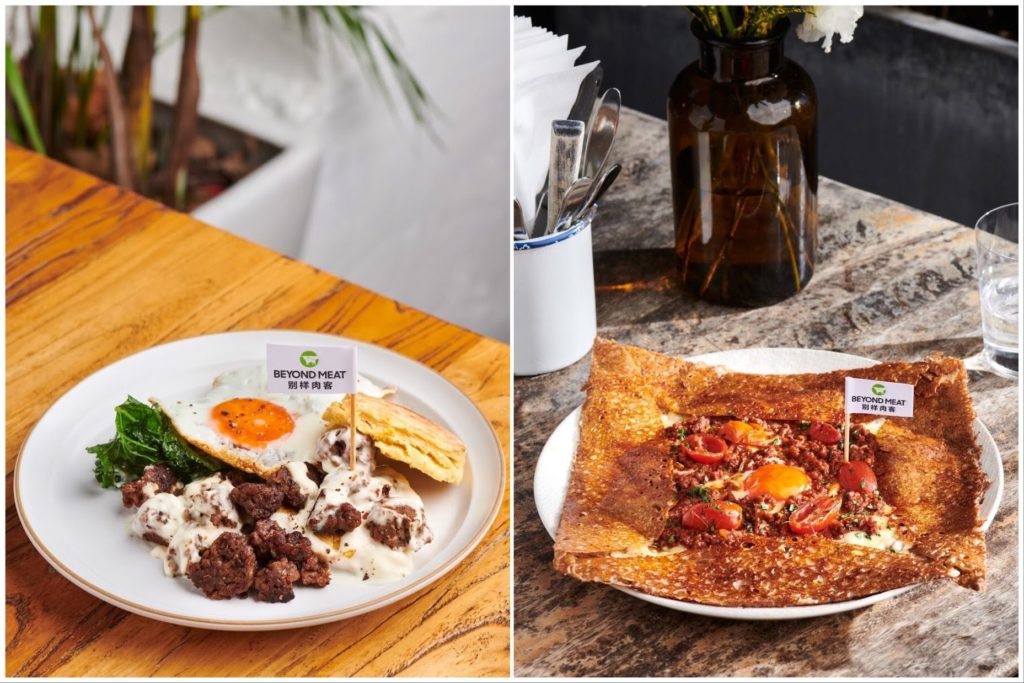 The new vegan pork has a similar taste, texture, and aroma to traditional pork. | Beyond Meat

Meeting the Demand for Plant-Based Pork

Interest in vegan meat has been steadily growing in China. The country’s plant-based meat market is expected to top $12 billion by 2023, reports the South China Morning Press.

Beyond Meat debuted its vegan pork in China because traditional animal-derived pork is the most popular meat in the region. According to the Organisation for Economic Co-operation and Development, an intergovernmental economic organization, China has one of the highest pork consumption rates in the world.

“Beyond Pork’s exclusive debut in China furthers Beyond Meat’s commitment to this important market and its vision for plant-based meat to continue winning the hearts (and mouths) of Chinese consumers,” Chan explained.

According to the company, Beyond Pork “was a fan favorite among consumers.” They favored the plant-based meat for having a pork-like texture, flavor, and aroma.

Beyond Meat in China

Beyond Pork isn’t the company’s first foray into the Chinese market.

Earlier this year, Beyond Meat made its debut in mainland China in more than 3,300 Starbucks locations. The vegan meat is available in three pasta and lasagna dishes as part of Starbucks’ new “GOOD GOOD” menu.

The company also revealed it had partnered with Chinese tech giant Alibaba to make its Beyond Burgers available in mainland China supermarkets for the first time.

And in September, the company signed an agreement to build two production plants around Shanghai. The deal made Beyond Meat the first multinational vegan brand to open a major production facility in China.