Most of the top meat producers in the United States are exploring plant-based protein. Eight of the top 10 processors — including JBS, Tyson, and Cargill — are making or investing in vegan meat.

Last year, the National Provisioner released a list of the top 100 meat and poultry processors in the U.S. The results were based on net sales.

The top spot was held by JBS, the world’s largest meat producer. Earlier this year, JBS began selling a plant-based burger in Brazil under its Seara brand. The patty is made from soy, wheat, garlic, onion, and beetroot.

The move was a first for JBS. The decision to launch the vegan product in Brazil is notable, too; the country exported 1.64 million tonnes of beef last year, making it the world’s leading exporter of beef.

Tyson Foods ranked at number two on the top 10 list. Tyson has invested in plant-based meat brand Beyond Meat and lab-grown meat brands Memphis Meats and Future Meat Technologies. For the latter, Tyson handed over $2.2 million. Justin Whitmore — Executive Vice President, Corporate Strategy and Chief Sustainability Officer of Tyson Foods — commented that Tyson is “excited about this opportunity to broaden our exposure to innovative, new ways of producing protein.”

“We continue to invest significantly in our traditional meat business but also believe in exploring additional opportunities for growth that give consumers more choices,” he added.

Tyson is going further than investments though. The major meat company plans on rolling out a line of vegan products later this year. The move is an effort to keep up with “changing consumer demands,” the company said. Former CEO of Tyson once said about the vegan movement: “If you can’t beat ’em, join ’em, right?”

Sysco — which was ranked fourth — is the world’s largest foodservice distributor. It produces boxed beef, ground beef, fresh pork, veal, and lamb, to name a few. But in May, Sysco announced a new venture: a plant-based line called Sysco Simply. The line includes vegan meatballs, almond milk, the Beyond Sausage, and cauliflower pizza crust.

Perdue Farms, claiming the eighth spot, has a goal of adding vegan protein to its range. “Our vision is to be the most trusted name in premium protein. It doesn’t say premium meat protein, just premium protein. That’s where consumers are going,” company chairman Jim Perdue said to IndustryWeek. The 98-year-old meat company is “exploring multiple options” within the plant-based scene.

Vegan Meat Has a Time and Place (and It’s Now)

The two companies in the top 10 that haven’t dabbled in vegan meat (yet) are National Beef Packing, at number seven, and OSI Group, at number nine. However, even they could soon change their tune. OSI Group — which has long been producing meat patties for major fast-food chains like McDonald’s — partnered with Impossible Foods in July. 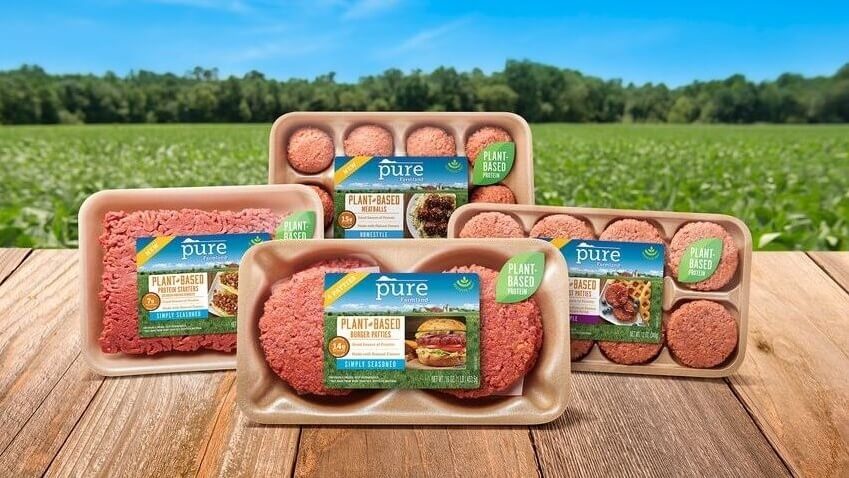