Updated March 17, 2021. Global warming is a hot topic, and greenhouse gases like methane are key contributors. But where does methane actually come from, and what are common methane myths?

Methane occurs naturally in the world, but human behavior is increasing its presence in the atmosphere. This is having a significant impact on the environment and speeding up the effects of climate change.

Methane, the chemical compound CH₄, is widely used as fuel. It is thought to be the “cleanest” burning fossil fuel in the world, although though this process still produces CO2. Unburned methane, however, is particularly harmful, and is seriously expediting the overall global warming process.

Unburned methane is extremely effective in trapping heat within the atmosphere, thereby contributing to climate change. Despite the relatively small quantity of methane actually present in the atmosphere — in comparison to its high CO2 content — it is an extremely significant greenhouse gas because of its potency.

As reported by the BBC, methane produces 21 times as much warming as CO2, accounting for 20 percent of what is known as the enhanced greenhouse effect. It remains in the atmosphere for approximately 11 to 12 years, which is less than the majority of greenhouse gases.

But up to 20 years after its initial release, methane is 84 times more potent than carbon dioxide. 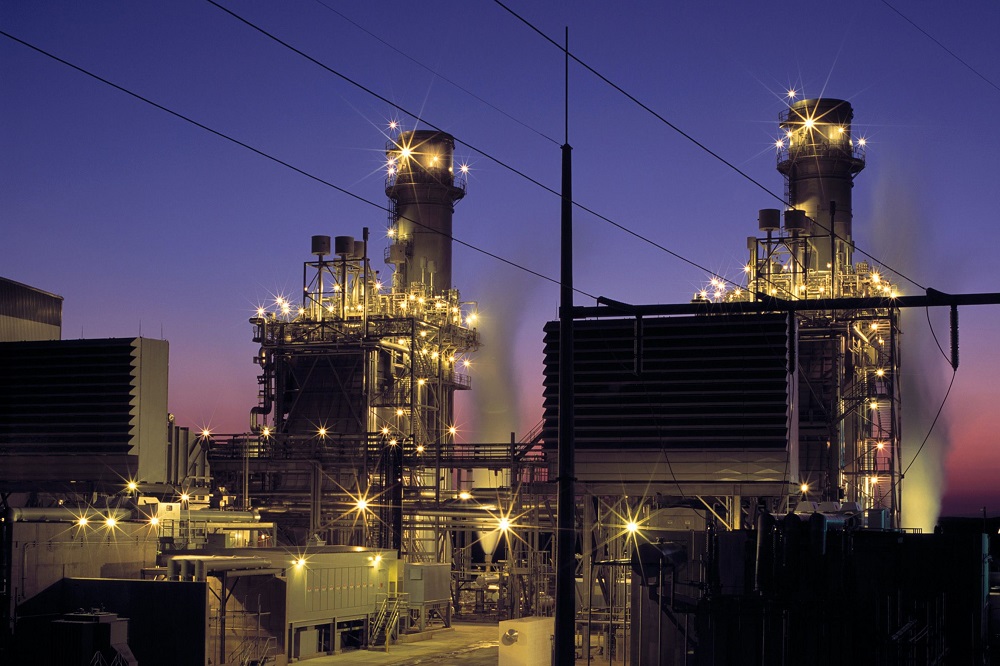 What is Methane Gas and Where Does It Come From?

Methane gas was first discovered as a fuel in the late 1700s by the Italian scientist Alessandro Volta, the inventor of the electric battery and an early power pioneer. It is the main component of natural gas — which is widely used as fuel — at approximately 87 percent.

Methane occurs naturally in wetlands and other waterlogged ecosystems, such as bogs and marshes. Other areas of the earth, including the frozen soil and permafrost of the Arctic, also produce it. As do volcanic areas, the earth surrounding deposits of oil and gas, and flooded arable land. Methane is present in underground pockets beneath parts of the world’s oceans and deep in the earth.

However, just one-third of all methane that enters the atmosphere originated naturally in wetlands. In February 2020, a new study indicated that human-caused methane emission-contributions to global warming could be as much as 25-40 percent higher than previous estimates. Key human-caused methane emissions include fossil fuel extraction and transportation, and animal agriculture.

Methane is extremely flammable and is burned to produce electricity, power, and heat. Its abundance and relatively clean-burning process mean it is frequently touted as a sustainable energy source. But it is extremely difficult to transport, which leads to increased overall emissions.

Methane also leaks into the atmosphere at both gas and oil drilling sites, pipelines, and via processing equipment. And studies show that gas leaks may negate the environmental benefits of using methane in place of less sustainable fuels.

“Methane is emitted during the production and transport of coal, natural gas, and oil,” says the Environmental Protection Agency (IPA). “Methane emissions also result from livestock and other agricultural practices and by the decay of organic waste in municipal solid waste landfills.”

Fracking for shale gas, which has received particular scrutiny in recent years, has been specifically linked to increased methane in the atmosphere. Fracking can also have a catastrophic impact on the local environment, in general, affecting both human residents and the area’s biodiversity.

Overall, there are six main sources of atmospheric methane. These include emissions from anaerobic decomposition, such as natural wetlands, paddy rice fields, and organic waste in landfills, in addition to biomass burning, methane emissions during transportation, and finally, livestock production. 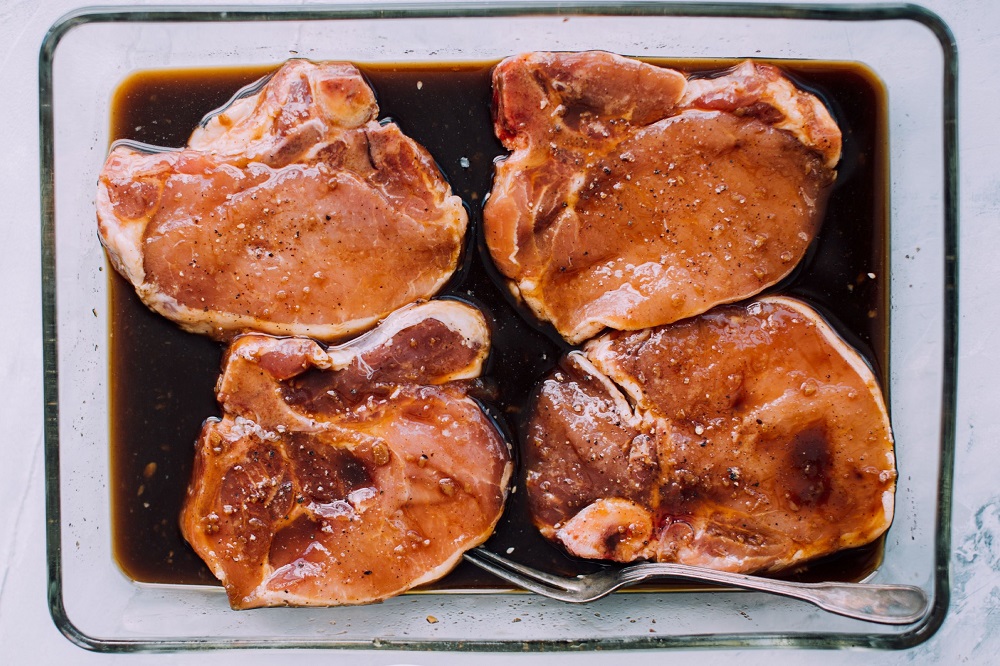 Does Methane Come From Cows?

Ruminants have multiple stomachs, enabling them to digest tough plants and grasses via fermentation. This process produces methane, which is then released into the atmosphere via gas and flatulance. Farmed grazing animals such as cows and bulls contribute approximately 40 percent of the annual methane budget worldwide.

Termites also produce methane via their digestive system in a similar way to ruminants, but it is thought that bacteria contained within their mounds naturally filter out the majority of the gas before it reaches the atmosphere. The quantity in which ruminant livestock is bred, farmed, and eaten has a direct correlation with increased methane in the atmosphere.

Globally, demand for animal-based protein has increased significantly in the last half a century. Intensive animal agriculture and factory farming mean around 70 billion animals are farmed every single year. There are now approximately 1.5 billion cattle worldwide.

Cutting out animal products from ruminant livestock, including sheep, would significantly reduce methane emissions. And beyond methane, while livestock provides just 18 percent of calories, it takes up an enormous 83 percent of farmland.A University of Oxford study from 2018 shows avoiding meat and dairy is the single biggest way an individual can reduce their environmental impact.

Plant-based meat is one way to reduce your diet’s carbon and methane emissions without changing your diet. Vegan beef producer Impossible Foods includes a lifecycle assessment on its website from the sustainability consulting group Quantis. According to the analysis, Impossible’s vegan patties use 96 percent less land than traditional beef. They also use 87 percent less water and produce 89 percent less greenhouse gas emissions.

Methane is a complicated topic, and there are both positives and negatives about its use as an energy source. But either way, its growing presence in the atmosphere is a problem, and something has to be done to reduce its impact. Here are some of the most common myths about methane, debunked.

As noted above, methane is not always sustainable. It accumulates in the atmosphere, exacerbates global warming, and can be dangerous to the workers and communities in the areas that it is produced. But there are existing and potential sources for renewable natural gas (RNG) that are still preferable to fossil fuel sources, as well as oil and coal.

While renewable doesn’t always mean sustainable, some projects have effectively captured the methane produced by anaerobic digestion — for example at landfills, green recycling centers, and wastewater treatment plants. This product is widely known as biogas.

In addition to biogas, RNG could also be produced using electricity, carbon dioxide, and hydrogen. If the electricity used to create the RNG is climate-neutral, then the gas itself would also be neutral. But accidental leaks are, arguably, inevitable, and the creation of methane for fuel could lead to more entering the atmosphere unburned.

Myth #3: Some Methane-Caused Warming is OK

Climate change is now so urgent, small improvements may not make a significant enough impact. Small changes are invariably preferable to no changes. But complete decarbonization by 2030 may be necessary to effectively mitigate climate change at all.

When placed under high pressure, methane solidifies, and it can be found in this state at the bottom of the sea. Warming oceans could disturb this methane, causing it to rise to the surface and flood the atmosphere. Minimizing methane emissions is absolutely essential in the mitigation of climate change.

Global warming, in general, could lead to the release of this additional methane into the atmosphere. This would cause sudden warming, potentially releasing further methane, and so on, drastically increasing the global temperature. Some experts believe that methane may have played a crucial role in rapid warming events millions of years ago.

Some farmers and proponents of animal agriculture claim that livestock-caused methane isn’t as significant a contributor to climate change as previously thought. But despite its shorter lifespan, studies show that methane concentration in the atmosphere is increasing, while there is decreased capacity for its removal.

According to a study from last year, adopting a global vegan diet could remove around 16-years of fossil fuel-based carbon emissions from the atmosphere by the year 2050. The study also emphasized the rewilding of land previously used for livestock production. This would simultaneously reduce emissions and maximize the potential for CO2 reabsorption.