Avocados are notoriously known for their short-lived shelf-life. They tend to go from rocks to rotten in a matter of hours, and finding one within that minuscule sweet spot of avocado perfection can be a daunting, if not sometimes impossible, task. However, a new company has developed a product to extend the avocado’s lifespan, and this company is backed by Bill Gates.

Apeel Sciences, a Santa Barbara-based food-tech startup, has created an organic, invisible, and edible spray that will make avocados last twice as long as conventionally grown avocados, according to the company. The spray is made from discarded plant materials and is applied to the fruit during the wash cycle before it is shipped to grocers. When the liquid coating dries, it acts as a shield, locking in moisture and preventing gases from permeating the skin, which is what causes the fruit to ripen and (quickly) decay. 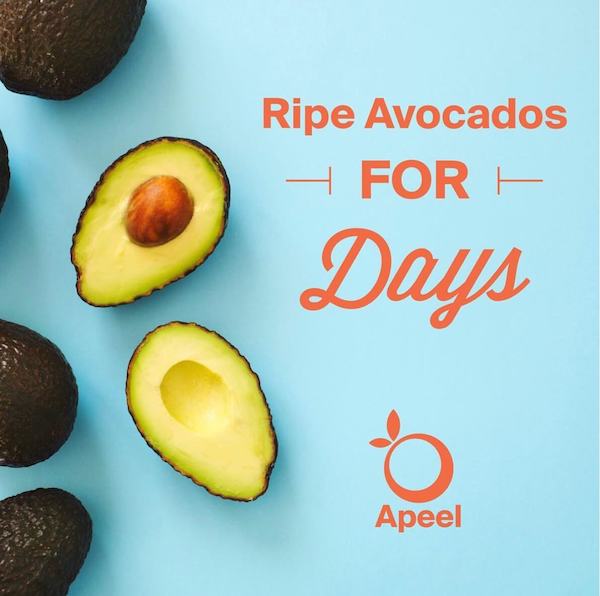 CEO James Rogers told Business Insider, “Refrigeration has been used to increase produce quality during transportation and storage, but you lose the benefit of refrigeration when a fruit sits on a grocery store shelf or on a kitchen counter. With our technology, we’re able to dramatically reduce the rate that clock is ticking.”

Apeel avocados officially launched at Costco and Harps Food Stores (a midwestern grocery chain) today. The launch marks the debut of Apeel produce in stores, though the company has developed partnerships with several Southern California farms, in addition to farms in Nigeria and Kenya. The company hopes to expand its distribution to prevent food waste and defer the rise in food costs (Apeel believes there is a significant cost savings, as their produce does not spoil as quickly, meaning retailers will not need to discard as much spoiled produce).

The startup has also created products to extend the life of over three dozen popular crops, including peaches, lemons, pears, nectarines, asparagus, and more. It has raised $40 million in venture-capital funding, securing investments from high-profile individuals and organizations, such as the Bill and Melinda Gates Foundation.

This could be welcome news for those purchasing bags of avocados at Costco; there’s no rush to use them all before they take a turn for the worse. However, the company did note that the spray does not work once an avocado has been cut in to. Thankfully, there is another scientific solution to prevent browning avocados: lemon juice.