Found in nearly 50 percent of supermarket products, palm oil is one of the most useful vegetable oils available. It’s efficient, it’s versatile, and it can be used in everything from cleaning items to food products. But it’s also a major driver of deforestation and habitat loss. This is why there’s a need for alternatives, like lab-grown palm oil.

Tech billionaire Bill Gates’ investment fund Breakthrough Energy Ventures just led a $20 million Series A investment round in C16 Biosciences. The startup uses bioreactors to grow oil in a lab that’s nearly chemically-identical to palm oil. It functions the same as the popular vegetable oil, but it’s nowhere near as destructive to the rainforest.

Palm oil production is a major cause of deforestation in Indonesia. Global demand is destroying the rainforest habitat of endangered species, like the orangutan and the Sumatran rhino. According to the World Wildlife Fund, there are only 80 Sumatran rhinos left in the world.

The problem is, according to C16 Biosciences CEO Shara Ticku, it’s tricky to grow palm oil anywhere else. “The oil palm tree can only grow within about five to 10 degrees of the equator,” she told Fast Company. “When you look around the equator, most of the land that we find is actually rainforest.” 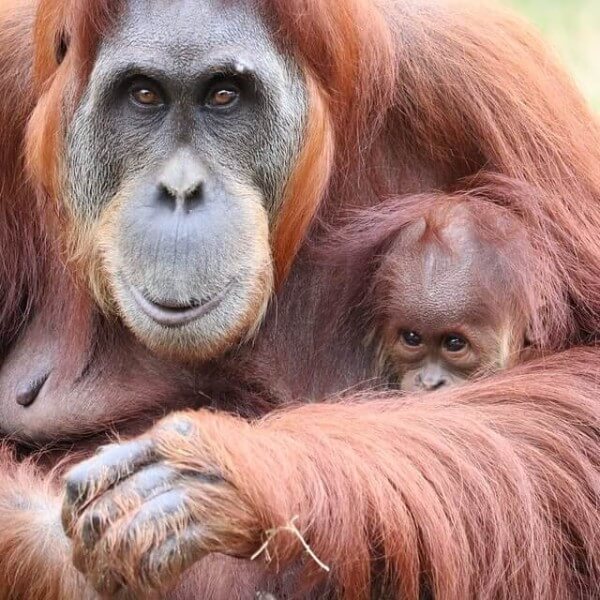 Palm oil deforestation is a major threat to orangutans.

‘There Has to Be a Better Way’

Not only is it harmful to wildlife, but the industry is a threat to humanity too. Every year, palm oil deforestation emits around half a billion tons of carbon dioxide into the atmosphere.

C16 Biosciences is on a mission to replace all deforestation-linked palm oil with its sustainable, lab-grown alternative. Its currently producing its product on a small scale, with the intention of getting to market as soon as possible. First, it will consider working with personal care brands, where they use small amounts of palm oil in their products.

According to Ticku, the deforestation that currently comes with much of palm oil production is “totally unacceptable.” She said, “there has to be a better way. And we want to provide that solution.”

One San Francisco-based startup called Kiverdi is also working on a sustainable alternative to palm oil, as is the University of Bath in the UK.