Gates praised vegan meat for being an environmentally-friendly alternative to its animal-based counterpart. Gates is an investor in plant-based meat brands Beyond Meat and Impossible Foods.

“Of all the categories, the one that has gone better than I would have expected five years ago is this work to make what’s called artificial meat,” said Gates.

“It’s slightly healthier for you in terms of less cholesterol,” said Gates. “It’s, of course, a dramatic reduction in methane emissions, you know, animal cruelty, manure management, and the pressure meat consumption puts on land use.” 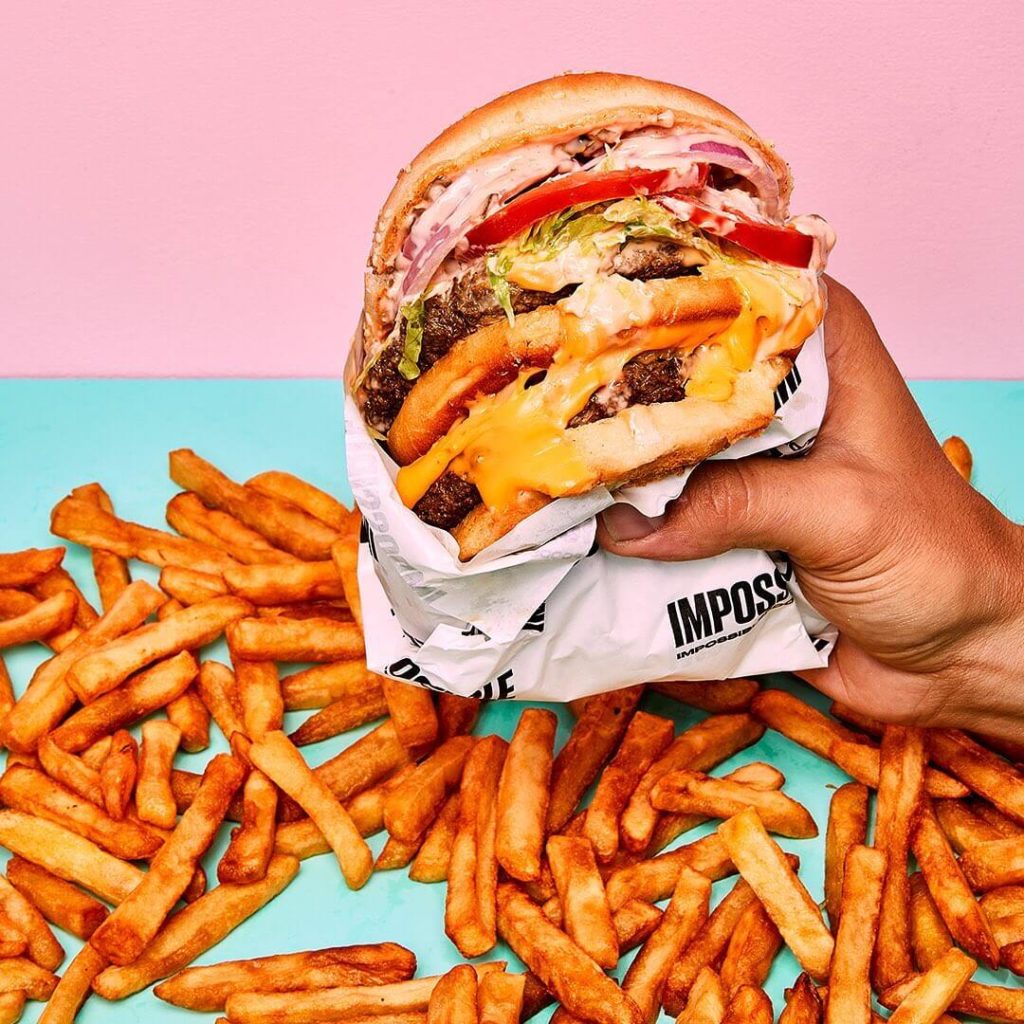 Gates-backed Impossible Burgers have been a hit in fast food chains.

‘The Future of Food’

Gates is a frequent critic of unsustainable animal agriculture. In October last year, he took to Twitter to discuss its negative impact on the environment. Gates suggested that if the beef and dairy industries were a country, it would rank third in greenhouse gas (GHG) emissions.

“If all the cattle in the world joined together to start their own country, they would be the third-largest emitter of greenhouse gases,” Gates wrote.

Gates has discussed the environmental impact of animal agriculture for many years. In a 2015 blog post titled “Should We Eat Meat?” he wrote, “raising animals can take a big toll on the environment. You have to feed the animal far more calories than you extract when you eat it.”

In addition to being an investor and proponent of vegan meat, Gates also confirmed that he likes to eat plant-based food himself. What prompted Gates to invest in Beyond Meat was his inability to tell the difference between plant-based and animal-based chicken.

“Like most people, I don’t think I can be easily fooled. But that’s just what happened when I was asked to taste a chicken taco and tell whether the meat inside was real or fake,” Gates wrote in another blog post. “What I was experiencing was more than a clever meat substitute. It was a taste of the future of food.”