Food brands like Clara Foods and JUST are in a billion-dollar race to create the perfect vegan egg.

People have eaten chicken eggs for centuries, however, in recent years, there has been a growing consciousness surrounding the ethical, environmental, and health risks of the industry. Along with this increasing awareness, interest in vegan egg products is on the rise.

The Vegan Egg Market is ‘Blowing Up’

Traditional eggs are a $7 billion business, according to Nielsen data. Now, the market for egg alternatives is “officially blowing up,” the Los Angeles Times reports. Once an industry that caught only the attention of vegans and experimental bakers, the plant-based egg market now attracts the health-focused, the animal lovers, and the environmentalists among us.

The VeganEgg, made by Follow Your Heart, was the first vegan scrambled egg to hit supermarket shelves, debuting in 2015. The brand uses soy milk powder to make its powdered-egg replacement that can be used to bake cookies, cakes, and muffins as well as to make fluffy scrambled eggs, quiches, and omelettes. The product is used in Gardein frozen foods products and at some restaurants, the LA Times says, and is the No. 1 seller at Whole Foods. Follow Your Heart aims to launch a liquid version of its powder product by the end of the year. 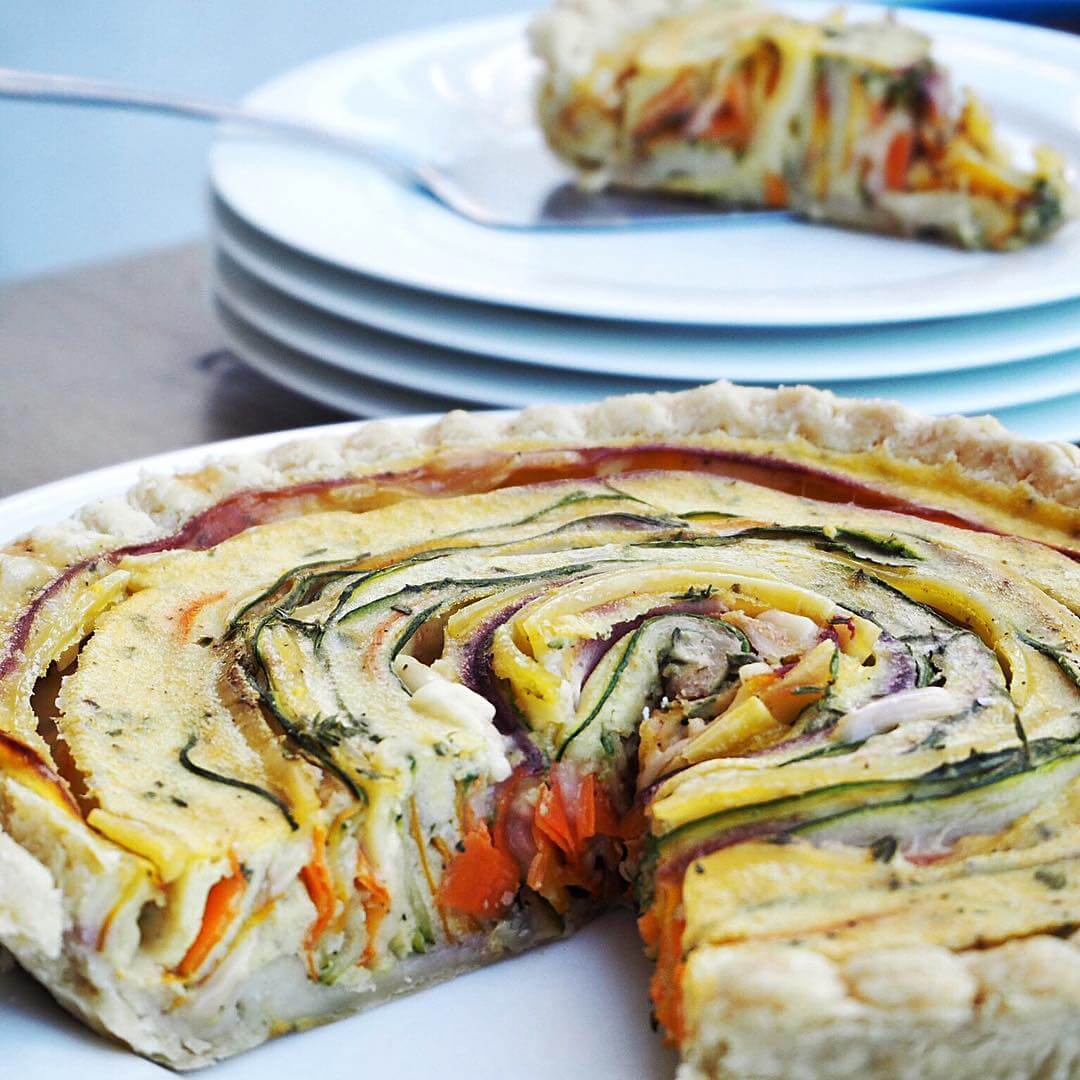 Follow Your Heart’s VeganEgg can be used to make quiche | image: Sporkfoods/Instagram

Spero Foods also makes a plant-based “superfood” egg mix called Scramblit. The liquid egg mix is made with pepita, the edible seeds from squash or pumpkin, which, on a per gram basis, have 400 times more fiber, 20 times more antioxidants, and twice as many omega-3s than eggs. It also has more protein, iron, and zinc.

Last year, JUST Inc. introduced its own liquid egg product, which is made from mung bean protein. The $1 billion company just announced it has sold the “plant-based equivalent” to 6.3 million chicken eggs in the U.S. The LA Times points out that there is “still a long way to go,” given that the U.S. produces more than 8.5 billion eggs a month. However, numbers could soon grow; JUST has partnered with major chicken egg suppliers that will manufacture and distribute the Just Egg in Europe and eventually Asia.

While the collaboration seems unconventional, JUST co-founder and CEO Josh Tetrick maintains that the partnership is for the greater good. “Despite our differences in approach, together we can bring food that’s better for consumers and better for the planet, to more people, faster,” he said last year.

Others are out to change the food industry quietly. Clara Foods, a cellular agriculture company, just wrapped up a Series B financing round for more than $20 million with Ingredion, a major ingredient supplier. The partnership is strategic, according to the LA Times. Clara Foods aims to win over manufacturers with its cruelty-free egg white protein. 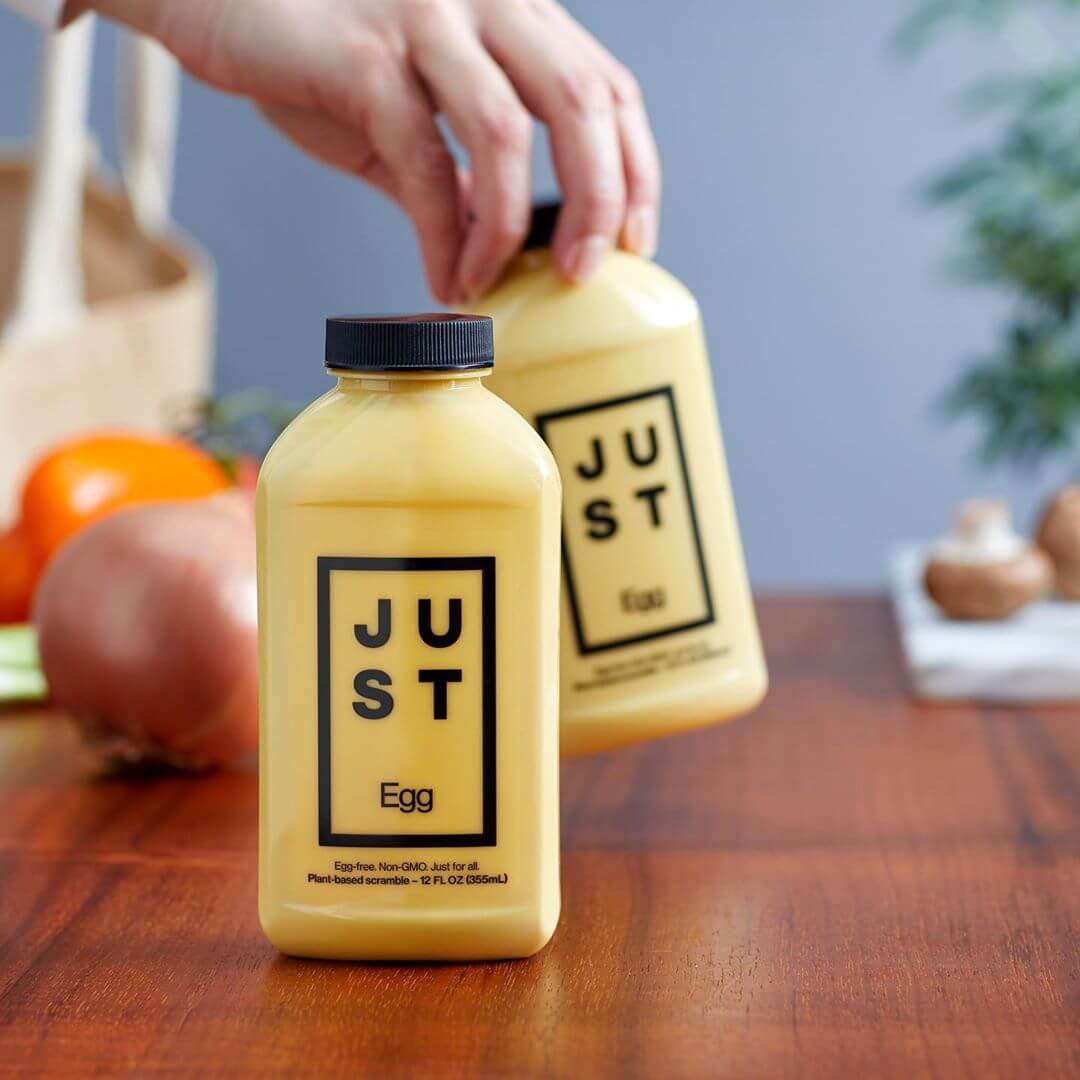 This vegan liquid egg is made from mung beans | image/JUST

Like any other, the vegan egg industry faces obstacles. Arturo Elizondo, the CEO and co-founder of Clara Foods, explains to the LA Times, “Consumer palatability is the hardest piece — an attachment to it coming from an animal. The fact that it doesn’t come from a chicken will alienate a lot of people.”

However, more are opening up to change; Elizondo highlights the ever-growing popularity of the vegan beef industry. Darren Seifer, executive director of market research firm NPD Group, points out that most of the people buying plant-based products aren’t vegan. “It’s about consumers wanting more choices and getting alternate forms of protein,” Seifer said. “Eighty-six percent of people that use these [plant-based] products also eat meat. They aren’t vegetarian or vegan.”

He added, “It’s about giving choice to consumers.”