Exposure to air pollutants or high temperatures increased the likelihood for Black pregnant women to have stillbirths. They were also more likely to have low birth weights and preterm births. The findings were published in JAMA Network Open earlier this month.

The review analyzed more than 32 million births in the US. Researchers looked at 57 studies published between January 1, 2007, and April 30, 2019. Air pollution and heat exposure were linked to high-risk pregnancies.

One study revealed that high air pollution exposure during the final trimester increased the chances of stillbirth by 42 percent. Four of the studies linked high temperatures to an 8.6 to 21 percent increased risk of premature birth. High temperatures also caused low birth weights. 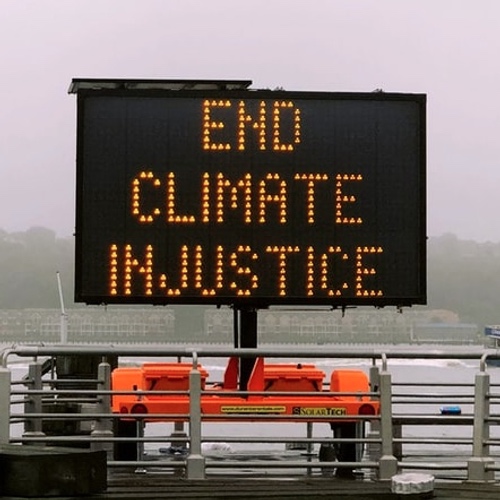 Impact of Climate Change on Minorities

The study shines a light on a much larger issue: that minorities, in general, are disproportionately impacted by global warming and pollution.

”Overall this pattern of racial segregation appears to increase everyone’s risk of living in a heat-prone environment,” the study’s co-author, Rachel Morello-Frosch, told the LA Times.

“Efforts to minimize heat risks in cities need to be more attuned to the racial disparities we see on a national scale,” Morello-Frosch continued. “We need to make sure that any heat mitigation strategies really focus on the most vulnerable communities.”

In the US, polluting industries like factory farms are more likely to be located in minority and low-income communities.
A 2016 study by researchers at the University of Michigan and the University of Montana found “a consistent pattern over a 30-year period of placing hazardous waste facilities in neighborhoods where poor people and people of color live.”
Rupa Basu, one of the pregnancy study’s authors, told the New York Times these disparities can greatly impact Black pregnant women.

“We already know that these pregnancy outcomes are worse for black women,” she said. She added: “It’s even more exacerbated by these exposures.”