There are a number of Black-owned vegan startups that are actively working to revolutionize the country’s food system.

From businesses looking to bring affordable plant-based foods to low-income communities to companies that provide healthier options to those battling food-related illnesses—here are 13 Black vegan startups that are looking to change the world through food. 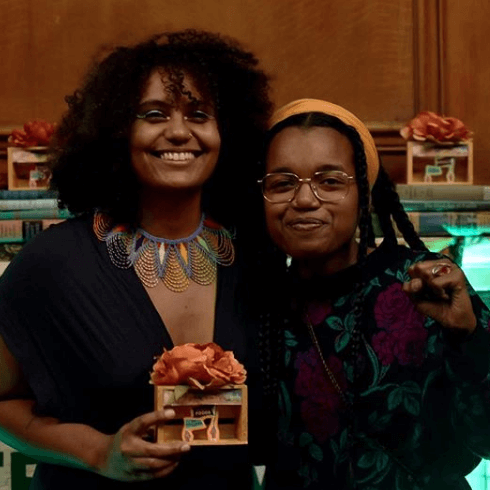 Citizens Committee for New York City recently awarded the co-op with a grant to offer free cooking classes for people living in affordable housing in the city. Woke Foods has hosted seminars to teach people how to grow their own food. The co-op also recently launched Earth Lab, an eight-week program for BIPoC to practice healing the relationship people have with the earth through food. 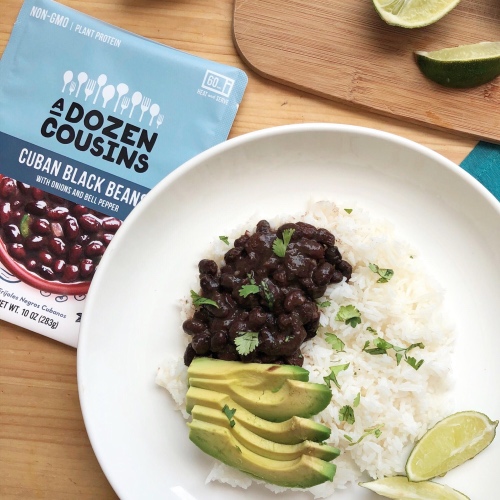 Ibraheem Basir, CEO and founder of A Dozen Cousins, founded the “soulfully seasoned beans” brand after noticing a void in companies offering traditional Creole, Caribbean, and Latin American foods made with high-quality ingredients. The ready-to-eat beans are made with avocado oil and are authentically seasoned with real vegetables and spices.

Basir also created the line to minimize food-related health disparities in minority and low-income communities. “In the US, a person’s socio-economic background has a huge impact on their health. To put it very simply, if you are Black, Latino, or live in a low-income household, you are more likely to suffer from obesity, high blood pressure, diabetes and a range of other diet-related illnesses,” Basir told LIVEKINDLY.

He continued: “The drivers of this disparity range from tighter food budgets to lower nutritional education and limited access to outdoor play spaces. We think we can help tackle this problem by making wholesome products inspired by familiar foods.”

A Dozen Cousins also makes an annual grant and volunteer support to organizations that fight socioeconomic health disparities in the US. In 2019, the company made its first grant to The Happy Kitchen (La Cocina Alegre). The program offers free cooking and nutrition classes to communities in need. 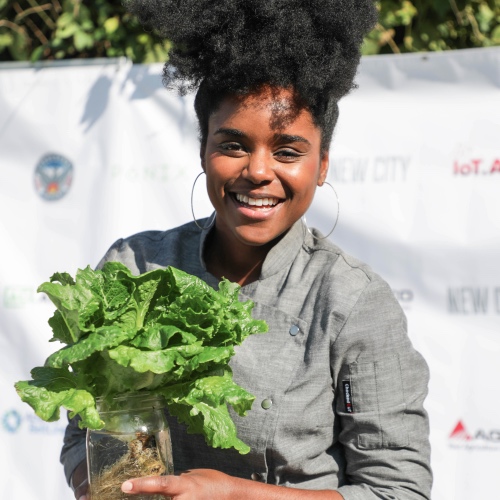 Kimberly Renee, founder of Might be Vegan—a marketing and media consultancy that encourages people to eat more plants—founded Food Love in April. The national program is a direct-to-door delivery program of plant-based foods to people in need. Renee launched the initiative in response to the coronavirus pandemic and the news reports that Black and Brown people are being disproportionately impacted by COVID-19.

“Our death rates were twice as high as our white counterparts. And so that concerned me quite a bit. And I wanted to figure out what was causing it,” Renee told LIVEKINDLY. She continued: “So I dug a bit deeper and I found […] that many of BIPoC individuals are living in spaces that are much closer together. You also have us being more often employed in those frontline positions.”

She also launched the program to help mitigate diet-related preventable illnesses that greatly impact people of color. These are often brought about as a result of systemic racial inequalities like food deserts and redlining—systematic denial of various services by federal government agencies.

“I consider myself to be a seed planter or a seed waterer. So I either planted a seed about being plant-based or I watered a seed that was already there. And the goal is to continue to water those seeds until we see some fruit, if you will, of the impact that we’re hoping to have,” Renee said. 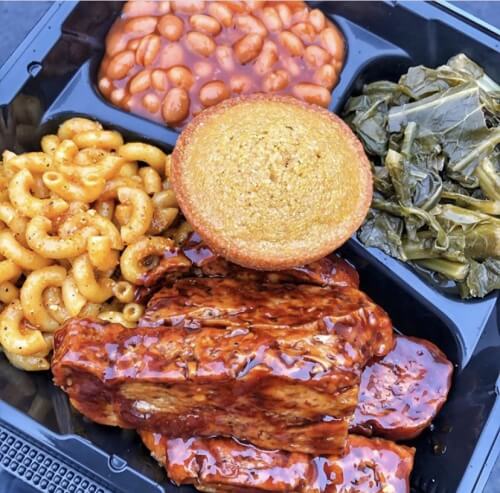 Compton native Lemel Durrah was inspired to launch Compton Vegan after growing up in a food desert. Being surrounded by nothing but fast-food chains and unhealthy food options eventually led him to leave his position as a SpaceX inventory clerk to launch the vegan catering service in 2017.

Now, he focuses on building the local community through affordable, healthy vegan versions of classic food staples like fried chicken, cornbread, and mac and cheese. He provides healthy food options to inner-city communities in need. Durrah, who was recently featured in a plant-based ad for Upfield, told LIVEKINDLY that “there is a need for healthier food choices in predominantly minority and low-income communities because [they] have some of the highest rates of cancer, high blood pressure, high cholesterol, heart disease, and diabetes, to name a few.” 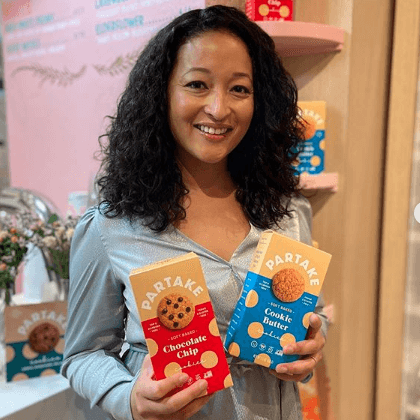 Denise Woodard founded vegan cookie brand Partake Foods, which is backed by rapper Jay-Z, with the desire to create healthy, allergy-friendly snacks that her daughter, Vivienne, could eat.

She says she hopes to see the company grow significantly in the next five to ten years. “I’d love to have lots of meal and snack options that can be enjoyed at any time of day and that all meet the criterion of being delicious, nutritious, and allergy-friendly. And I’d like them to be in thousands of stores across the country (and hopefully globally),” she said in a statement. 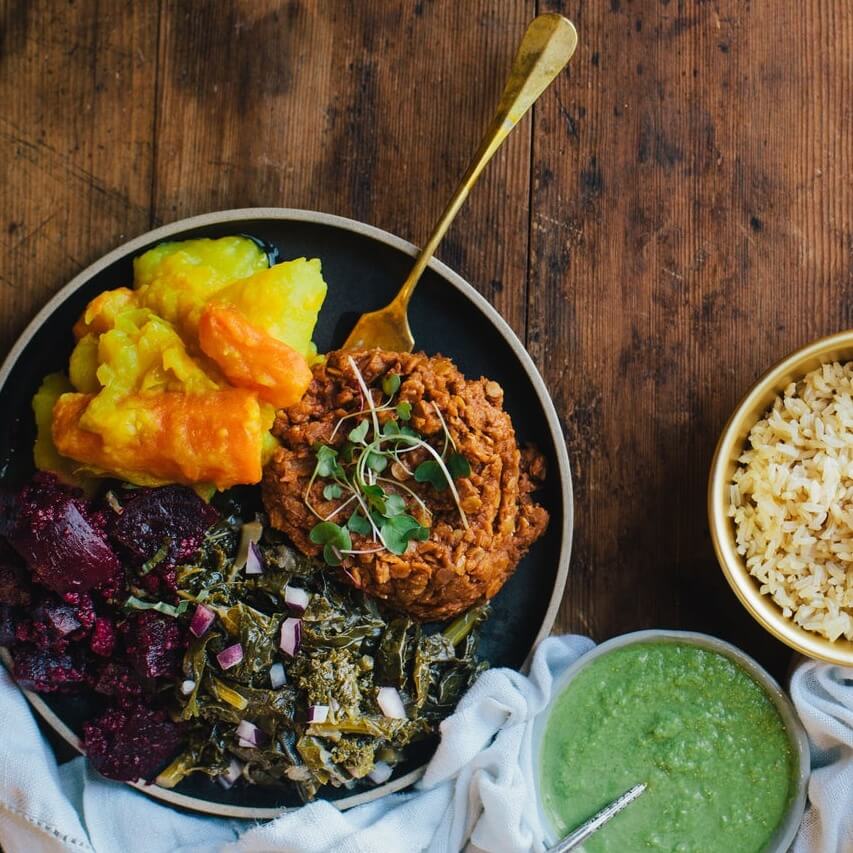 Azla is one of the first Ethiopian restaurants to open in South Los Angeles. Mother and daughter duo, Chef Azla and Nesanet, founded the vegan restaurant in the summer of 2013. It offers authentic, nutrient-dense foods, including traditional stews like Misir, Gomen, and Shiro.

Azla is also committed to building the community through arts and cultural programming. 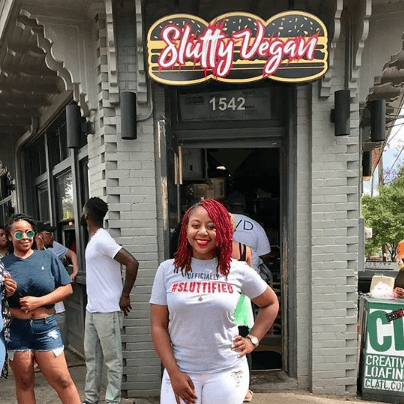 “We don’t know where these animals came from or how they were killed or the state of mind they were in. Food is energy, and anything you put in your body will reflect on the outside—good or bad. Once you understand your body is your temple, you’ll take better care of it,” she told Essence. 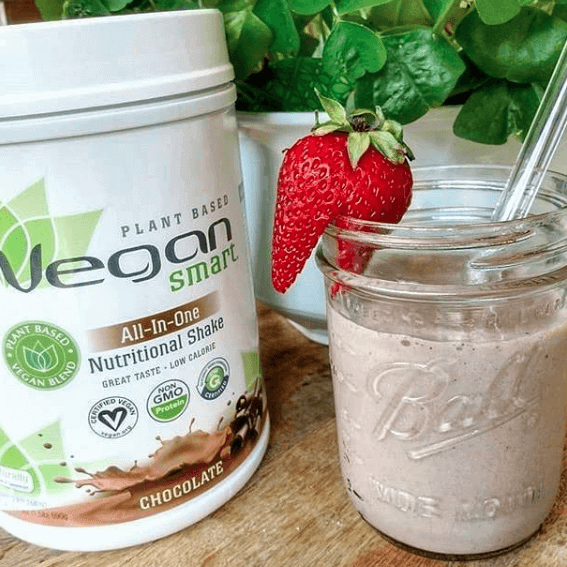 This nutritional shake is vegan. | @livevegansmart

Kareem Cook, Claude Tellis, and John Lewis founded Vegan Smart in 2013. They created the nutritional shake in order to offer consumers a healthier product and to raise awareness for common health problems, such as heart disease, obesity, and pre-diabetes.

The vegan shake is distributed in a number of major retailers. But Cook, Tellis, and Lewis also ensured Vegan Smart was also available in underserved and low-income communities, which are most commonly affected by food deserts and food-related illnesses. 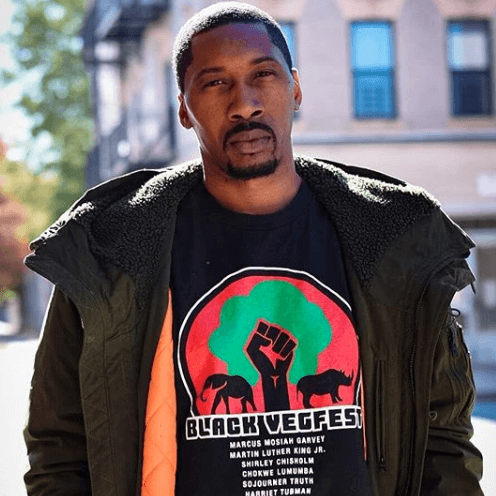 Adewale told LIVEKINDLY: “It takes more water and land to grow a bloody burger from a cow than it takes to make a delicious bean burger. The current food system is more costly to our health system which drives up cardiovascular deaths and cancers. Our respective number one and two global killers.”

“[The] food system must be changed by the younger generations who recognize our dwindling earth resources. We exploit animals for livestock while it takes more freshwater and land to grow the livestock that we will kill later for our monetary greed,” he added. 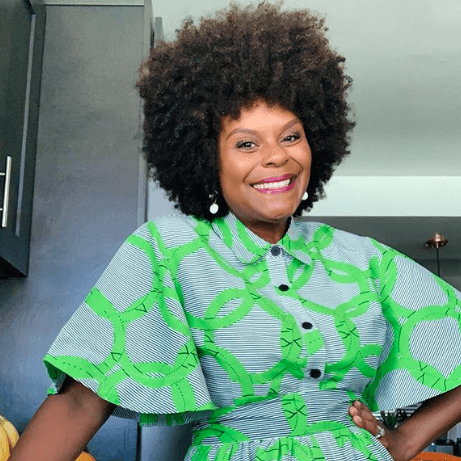 Tabitha Brown is getting her very own talk show. The vegan TikTok star partnered with Ellen DeGeneres’ Ellen Digital Network to make a brand new show called “All Love.” During the show, Brown gives advice on a wide range of topics, including parenting, vegan cooking, social media, and self-care.

Brown went vegan in 2017 to manage her chronic pain after watching the documentary “What the Health.” She rose to fame shortly after when she uploaded a video of herself to social media raving about a vegan tempeh sandwich from Whole Foods. The video has since garnered millions of views.

In a YouTube video for Goodful Cookbook, Brown explained why she enjoys promoting a plant-based lifestyle. “Veganism means a healthier life, a happier life, a cruelty-free life,” she said. “It’s been two and a half years, I have never felt better in my life. I’m so very thankful that I made that decision for myself. And I never try to force it on anybody else. I always tell people whatever you decide, whether you’re trying to go vegan or pescetarian or you’re just trying to make better choices, what is your why and if your why is true to you […] you’ll stick with it.” 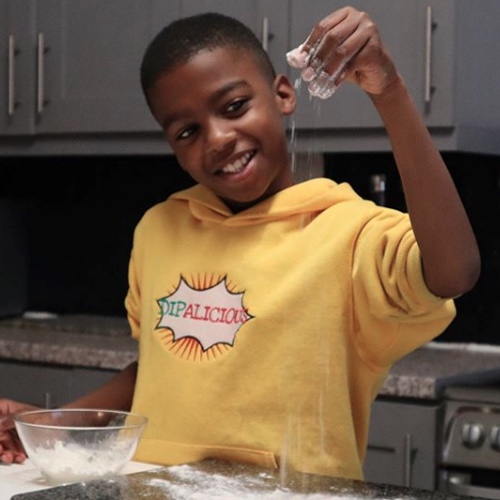 McQueen started Dipalicious when he was only eight years old. | Dipalicious

Omari McQueen is a chef, entrepreneur, and the youngest award-winning vegan chef in the UK. At the age of eight, he started a YouTube channel where he posted videos of himself making delicious meals. Dipalicious was born. McQueen is now the CEO of Dipalicious Dips, which makes vegan dips inspired by Caribbean cuisines, such as Luv’in Jerk, Caribbean Kick, and Coco Curry.

Now, at the age of 12, the young chef has announced the release of his very first cookbook, “Omari McQueen’s Best Bites Cookbook.” McQueen announced the new cookbook on Instagram, writing: “I am so excited to announce that my first published book will be out in January. I would like to thank everyone for all your love, support, and encouragement.”

GW Chew, a plant-based chef and activist, founded Oakland-based The Veg Hub, a nonprofit and all-vegan restaurant that’s committed to educating people about the health benefits of vegan foods. The Veg Hub also works to make plant-based foods accessible to everyone in the local community.

Chef Chew frequently speaks about the benefits of plant-based food. He gave a powerful TED talk about food and health. “We are what we chew. When we eat, the food that we eat actually makes the blood that we have,” he said. “If we eat bad food, what kind of brain do we get? I call it a junk brain.” He’s also been featured in a television program called Chew’s Challenge: 28 Days to Wellness for the Dare to Dream Network. 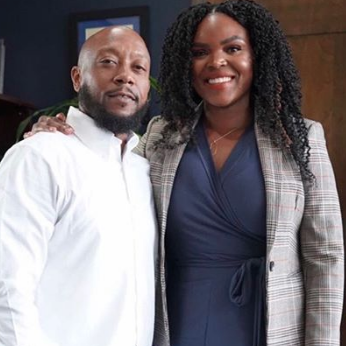 Compton recently got the Nipsey Hussle-inspired vegan restaurant Planet Health Compton. Vegan entrepreneur Roland Jackson founded the restaurant, which also includes an experiential health and education center, along with NBA star and fellow vegan John Salley. The center “relies on the idea of healthy is wealth and investing and building within the community by using local resources to unify urban neighborhoods.”

Jackson was inspired to create the vegan-centric center after noticing a deficit of healthy, plant-based foods in the area. He told LA Style Magazine he went vegan in 2017 after suffering a severe car accident.

“I also realized that there was a deficit in clothing brands that represent me and other vegan minorities such as myself,” he said. In addition to the restaurant, the establishment features a vegan market, a wellness and beauty shop, a clothing store, and a juice bar.