Editor’s note: Black VegFest is in its fourth year, and has gone online, including virtual events dedicated to veganism, food justice, social justice, and political education. Its workshop, 7 Points of Allyship for the White Vegan Community in Defense of Black Lives, is available online. In 2018 its founder, Omowale Adewale, wrote for LIVEKINDLY about bringing the event to life.

Black VegFest is coming back to New York this summer, presenting what may be one of the most exciting events addressing veganism. Black VegFest will arrive Saturday, August 10th, offering everyone an opportunity to score front row seats at an old-fashioned massive block party. We are inviting everyone to share cuisine from Africa, India, Mexico, the Caribbean, and more. Our workshops will deal with injustice and the solutions will come from an amazing group of eclectic intergenerational, multi-gendered and thought-provoking activists.

This dream I had was set more than five years ago in the incubator of my vegan mind.

I was a boxing champion as a vegetarian in 2012. After turning vegan for the animals, I dared to win two kickboxing championships in my mid to late 30s. I didn’t always win, but I fought hard competitive matches and my body held up through almost 40 fights, including mixed-martial arts. Success and failure will only give you more ideas to pursue. How can I transfer my knowledge to others?

I secured several speaking engagements at vegan events in 2013.

That same year, I thought about launching Black VegFest. A friend of mine suggested I buy the domain names (blackvegfest .com and .org) and do it in a year. Year after year, I put it off. I knew the concept was revolutionary and necessary because animals were dying by the hundreds of billions annually and people were killing themselves, suffering mostly from health-related illnesses. For the poor, it was easier to eat better than to eat animals and see the doctor.

I could do the work of a $1 million investment with only $10K, but I didn’t even have close to THAT much.

Resources for the Vegan Community

As a community organizer who identifies as poor, working class, it’s quite difficult to shoulder the responsibility of developing a behemoth like the Black VegFest without the proper resources and information. For years I couldn’t even get funding for my speaking engagements or for my 2014 campaign to help 100 people go vegan. Without the occasional donors, I would never have been able to help those people go vegan. People continued to ask me by the droves how to go vegan. I thought to myself, how could I explain some of the same information repeatedly with an in-depth look at food culture in the US and around the world?

In 2015, I self-published my first book “An Introduction to Veganism and Agricultural Globalism” through a research scholarship collaborative with New York Public Library, NYU, and Columbia University. The next year, a vegan friend and author suggested my name for a plant-based nutrition scholarship. The experience and education enhanced and broadened my vision. I had built integrity and a toolshed of skills over 20 years.

Still, I struggled with resources. I struggled to connect veganism to a larger audience. I remembered living in the South Bronx, dubbed the poorest congressional district in the nation for years, till the present day. There were no vegan establishments in the unhealthiest community of black and brown people. It was so bad I once refused to throw away my vegan prepared food at the behest of court officers while awaiting a court hearing. I was detained for two hours. They obviously had no idea how tedious it was to prepare good seitan from scratch. (Don’t worry, it’s in my book.)

Once I moved back to my born-and-bred borough of Brooklyn I decided to get back to fitness training and nutrition counseling. Still, I recognized that fast food eateries and a lack of healthy food access were huge problems for a large population who didn’t know what veganism was. I doubled down on my plans and made my unique set of skills work better for me. Black VegFest is the answer.

The biggest boost of optimism for me was the Brooklyn Borough President being vegan. BP Eric L. Adams represents 2.6 million people in the largest borough of the most renowned city in the world. He was active as an educator of plant-based philosophy. We secured Brooklyn BP as a Black VegFest partner and locked in our venue: the streets of Bedford-Stuyvesant just behind our headquarters.

Since then, Black VegFest has garnered dozens of endorsements from vegan groups and festivals, including international veg fests. Dozens of vendors of color have reached out largely by word of mouth and social media. 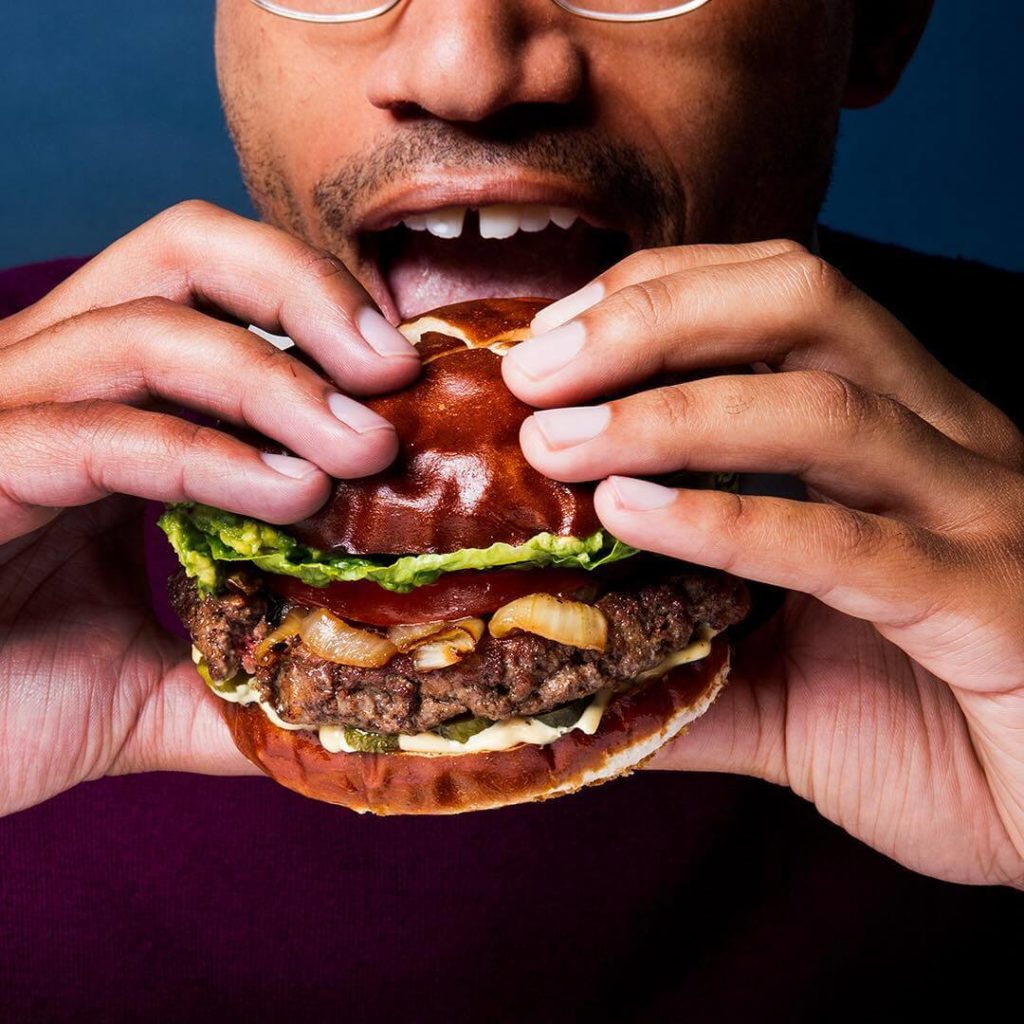 Race and the American Diet

Black VegFest has been challenging to organize. It has been challenging to incorporate all the right presenters and their messages, securing the necessary vendors and their vegan products, and enlisting the best partners we can find. It is also difficult and time-consuming working with the demands and expectations of the City of New York. And while I envision anticipation so high from attendees that we will be working overtime to meet every need and wish they desire, developing the best major vegan event possible in one of the largest and most active cities in the world is a worthy reward.

Another challenge has been the vegan community’s concern with the word “Black” in Black VegFest. Traditionally, vegan festivals include the name of the city where the festival is located. We changed it to a beacon calling for more participation from the black community. Reaching a more diverse group of people who are ordinarily not considered in event planning is great for the animals. We must rethink compassion.

We must come to terms with race if we are to jump to rescue ourselves as well as other species. The people signed up in support of Black VegFest understand that, and we are grateful.  Most of my vegan organizing peers have informed me that black vegan vendors are in very short supply at their events. As a speaker for five years, I can concur. On the other hand, Black VegFest has already been contacted by scores of black vegan establishments to vend. The overwhelming response from the Black community has been, “Thank You!”

To me, veganism is about the animals. How we carry out our work is critical. We must spend time communicating with humans how best to support animals. We must articulate to humans in the best way possible how to respect animals. We must broaden, diversify, and hone our message whenever possible. This is the work of the organizer.

So how did Black VegFest come about? It’s quite simple. When I thought about connecting veganism to disenfranchised people, I immediately thought about what Black people go through just to find joy in the larger society – Black VegFest! Walk away full and happy.

Omowale Adewale is the founder of Black VegFest. He’s an author, champion fighter, and certified in plant-based nutrition. For more info, visit the event’s website.