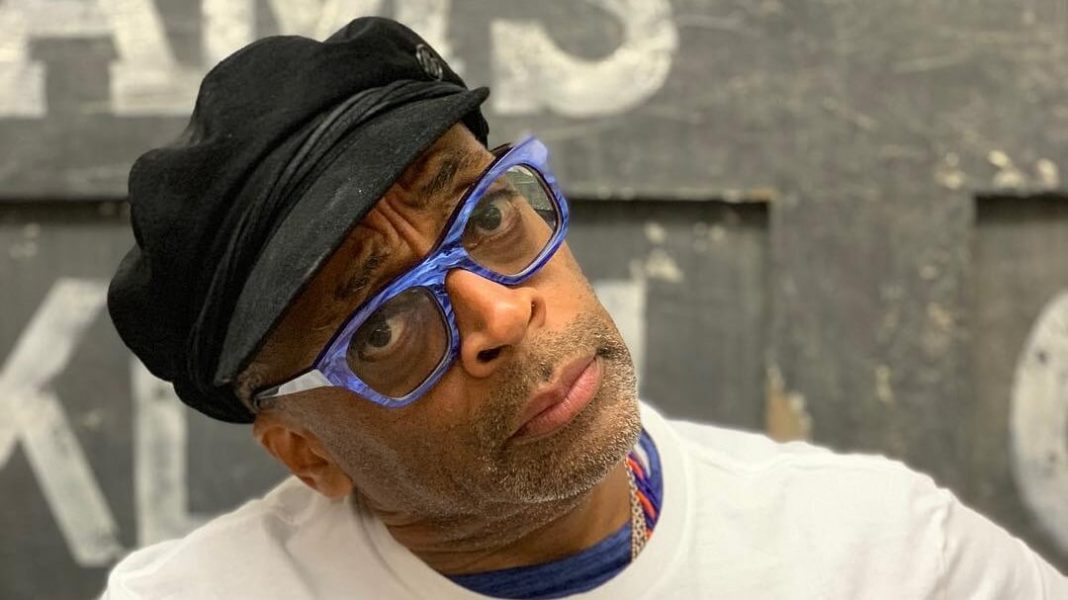 Animal protection non-profit Peace 4 Animals, which had a booth in the gifting suite, took to Instagram earlier this week to thank the “BlacKkKlansman” director for stopping by. “Thanks, @officialspikelee for your support of animal welfare visiting @peace_4animals & @worldanimalnews_ at the GBK @goldenglobes gifting suite,” the organization wrote.

“BlacKkKlansman,” Lee’s most recent film – which follows the story of a Black police officer who manages to infiltrate the KKK – was up for four awards at this year’s Golden Globe Awards. It was nominated for “Best Motion Picture – Drama,” “Best Director,” “Best Actor – Drama” for John David Washington in the lead role, and “Best Supporting Actor – Drama” for Adam Driver.

While the film didn’t take home any awards, “BlacKkKlansman” won the Grand Prix at last year’s Cannes Film Festival and was named one of the Top 10 Films of the Year by the American Film Institute. Other awards include “Best Film” and “Best Screenplay” from the African-American Film Critics Association. It currently has 11 pending nominations for the Black Reel Awards and four from the Critics Choice Awards.

Thanks @officialspikelee for your support of animal welfare visiting @peace_4animals & @worldanimalnews_ at the GBK @goldenglobes gifting suite. #goldenglobes

Peace 4 Animals is the foundation branch of World Animal News, an organization that promotes the welfare of all animals, wild and farmed. Last September, it partnered with the clothing brand, Kut from the Kloth, to launch TRY5, an on-demand denim service that sends customers five jeans of their choice, so they can try before they buy.

According to Peace 4 Animals founder Katie Cleary, TRY5 represents Africa’s “big five” endangered animals, which are lions, leopards, rhinos, elephants, and the Cape buffalo. The partnership supports the organization’s ongoing efforts to save the animals from extinction.

“We greatly appreciate Kut from the Kloth’s support in our efforts to help save these iconic animals from extinction and advocate for an end to ‘trophy’ hunting and poaching,” said Cleary in a statement. “It is imperative to raise awareness through creative partnerships with such forward-thinking companies as Kut from the Kloth. It allows us to share the plight of the ‘Big 5’ in Africa and spread awareness beyond our animal welfare community.”