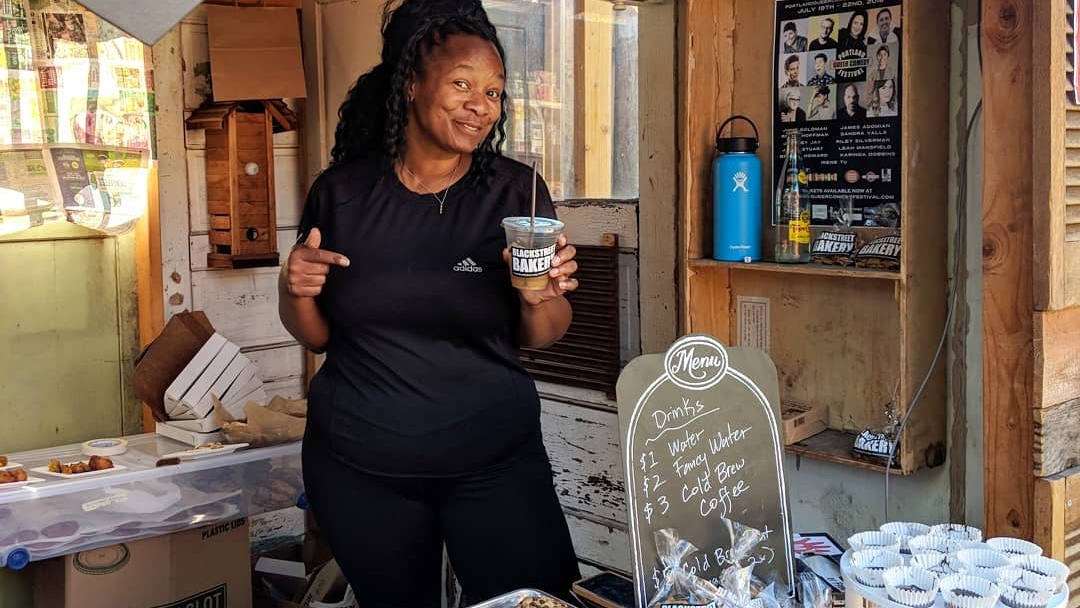 A new vegan pop-up bakery Blackstreet Bakery has launched at the Mississippi Street Fair in Portland.

The bakery describes itself as a “Black-led vegan pop-up bakery” and has a social justice mission: “to honor the history of Mississippi Avenue as a major part of Portland’s Black community and to expand economic opportunity for Black people in baking.”

Organized by the recently formed social justice nonprofit group Brown Hope, the aim of the bakery is to empower people of color in the local area. An incident earlier this year sparked the need for this organization, as a black woman was denied service at a local bakery, Back to Eden, just after closing time. The incident sparked controversy since the black woman was denied service, but the white customers were not.

Cameron Whitten, the organizer of both Brown Hope and Blackstreet Bakery, told Portland Mercury, “After that, a community member reached out and wanted to help fund an initiative to support Black vegan baking. It’s an opportunity to take a painful and difficult experience and turn it into a new business opportunity.”

Get down here! We’ve got quite a spread; five kinds of cookies, sesame-scallion twists, chickpea rugelachs, apricot-pecan rolls, and fried pickles, peppers, zucchini and hush puppies! Plus our famous coldbrew coffee to wash it all down. Also, we are extending our hours here until 10pm tonight. See you soon! #vegan #baking #popup #portland #queer #comedy #festival #blackownedbusiness #blackstreetbakery

Brown Hope provides a positive message in the face of discrimination. It seeks to remind us all that “to be Black, Brown, and Indigenous, is to be beautiful, caring, and resilient.” The group will use cultural, educational, and community programming to help people to recover from incidents of racism, and to influence “urgent action for systemic change.”

The Blackstreet Bakery bakers have been working to create a range of plant-based goods, including banana cream mini-pies, hush puppies, avocado chocolate mousse, and chocolate chip cookies to use as an entryway to communicate their message. The organizers intend to turn over sufficient revenue to pay a living wage and to grow the business into a sustainable long-term venture.