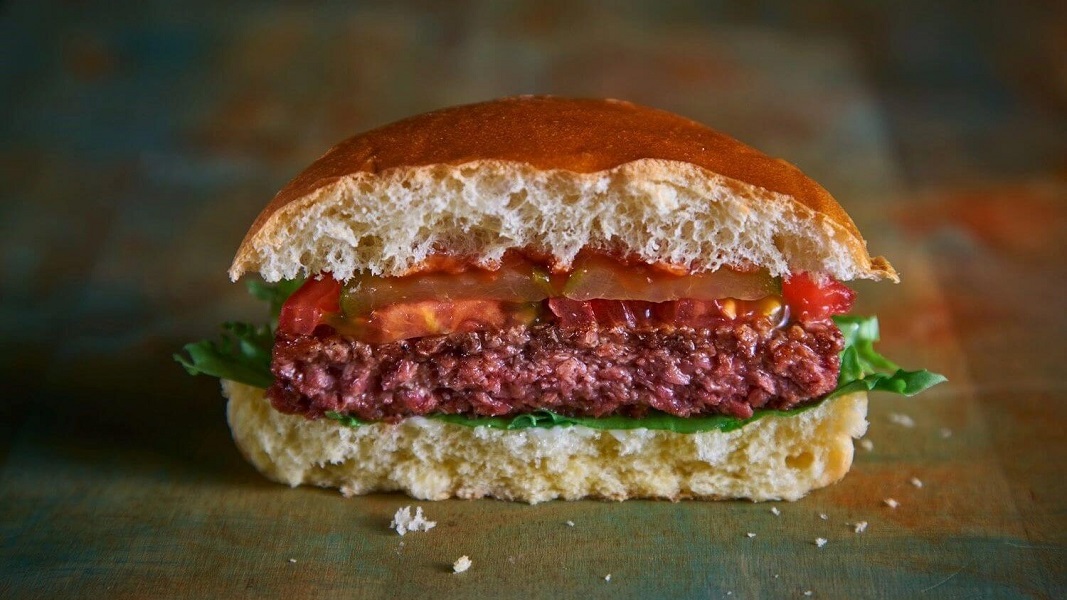 Moving Mountains, creators of the B12 Burger – UK’s first “bleeding” vegan burger – will serve more than 200 hospitals, schools, and universities across the nation.

The meat-free patties, which were perfected over the course of two years, are made from a blend of pea protein, wheat protein, and mushrooms, with coconut oil and beet juice providing a realistic, juicy texture. The B12 Burger contains 20 grams of protein per serving and is free from cholesterol, hormones, antibiotics, and non-GMO ingredients.

The launch, driven by the rising demand for meat-free food in the UK, is a collaboration between Moving Mountains and Bidfood, one of the UK’s largest wholesalers, Vegconomist reports.

“The new supply deal with a distributor the size of Bidfood marks a huge milestone for Moving Mountains,” said Simeon Van Der Molen, CEO of Moving Mountains. “Our ambition since launch has been to provide a more sustainable alternative to meat for the health of people as well as the planet, and distributing into universities, hospitals and school is an important step in making this happen.”

“We’re delighted to be able to provide the Moving Mountains® Burger to more people than ever before,” said David Kinder, head of food at bidfood. “Bidfood is continuously looking to supply schools and hospitals with great tasting food that boasts genuine health benefits and this new deal is a great example of that.”

Moving Mountains’ signature “bleeding” vegan burger is already served at restaurants throughout the nation, including 413 Marston’s pub locations and Bring Me the Horizon frontman Oli Sykes’ eatery, CHURCH – Temple of Fun. The B12 Burger will launch in the Middle East due to a $12 million partnership with global foodservice distributor Rastelli Foods last February.

Across the nation, consumers are gravitating toward plant-based food due to the health and environmental consequences of meat consumption. The UK launched more vegan products than any other nation last year – one in six, according to data from global market research firm Mintel. Last May, around 100 hospitals began vegan-certified ready-meals from catering company Anglia Crown. Last September, nonprofit organization ProVeg UK announced its plan to serve 3.1 million meatless meals in primary schools over the next 12 months.

Moving Mountains has not announced when the B12 Burger will be available in hospitals, schools, and universities.