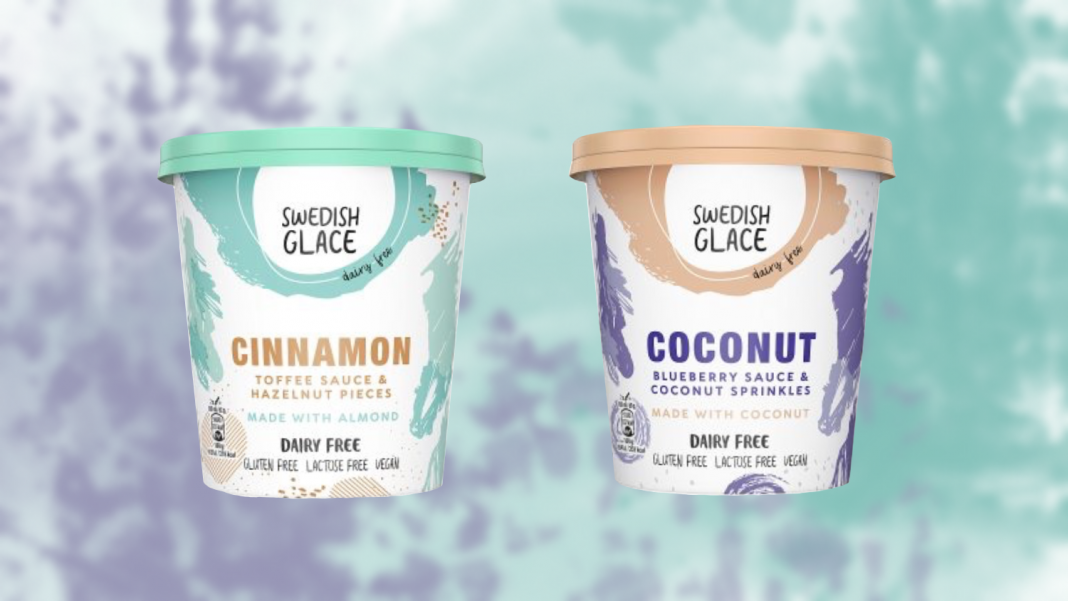 The brand already offers a variety of ice cream flavors – including Delightful Raspberry, Smooth Vanilla, and Heavenly Chocolate – in Waitrose, as well as in Tesco, Sainsbury’s, Asda, Ocado, and Morrison’s.

For Swedish Glace, being a vegan ice cream brand is all about one thing: being as kind as possible.

“Some people might call us dairy-free, gluten-free, or lactose-free, but we prefer to think in terms of what we are not free from – KINDNESS,” the company notes on its website.

It continues, “In a world that is becoming less and less compassionate, that’s not a fluffy thing, that’s an essential thing. At Swedish Glace, we believe in essential kindness in a world less tolerant.”

As delicious as it looks. Hands up if you want to try this vegan apple berry crumble pie. There’s so many ways to enjoy Swedish Glace, what’s your signature combo? Thank you @narodox for sharing!

The dairy-free ice cream market is booming around the world, by 2024, its expected to reach a value of $1 billion.

People are turning away from dairy for a number of reasons, including health, the environment, and the animals. New brands, as well as existing major brands, are launching plant-based products in a bid to cater to demand.

The new pint was created in response to customer demand for more plant-based products and was launched alongside a new vegan version of its classic Chocolate Chip Cookie Dough flavor.

“Ever since we introduced non-dairy in 2016, our fans have been clamoring for more,” said Sarah Fidler, a flavor guru for Ben & Jerry’s. “The biggest challenge this time was creating a chocolate chip cookie dough flavor that stood up to the original. I think we nailed it.”