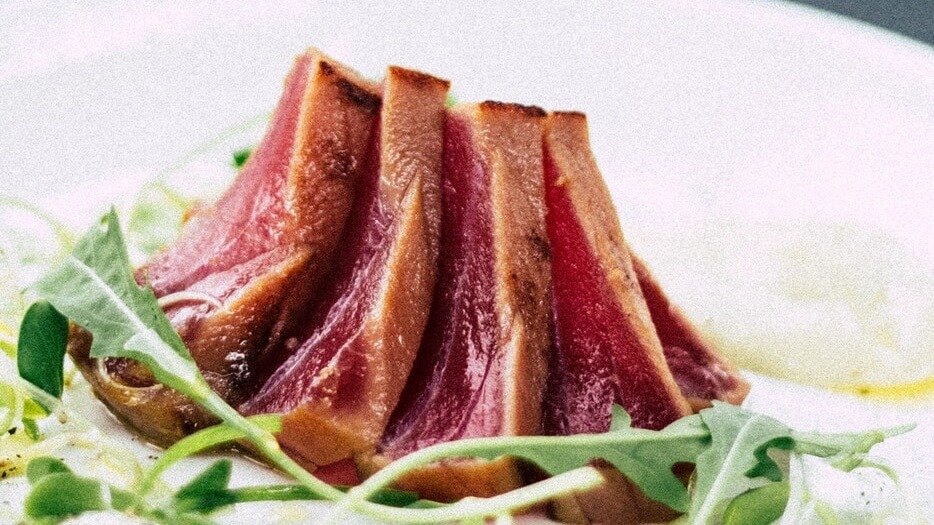 One startup is working to create seafood that doesn’t impact the planet, our health, or the lives of marine animals, particularly, bluefin tuna.

Bluefin tuna is classified as endangered by the World Wildlife Fund and the IUCN Red List of Threatened Species, the world’s most comprehensive inventory of at-risk species.

But Finless Foods has a vision to save the species. Using cellular agriculture – a branch of science that combines biology and engineering – the startup is growing marine animal cells in a lab. The end result is called clean meat, a product that looks, cooks, and tastes like fish but spares the lives of millions of marine creatures that fall victim to the seafood industry.

While there are a growing number of companies working to create slaughter-free meat with clean meat technology, many of these focus on chicken or cow cells. Scientists can harness cells from living land animals with relative ease; cruelty-free food company JUST waited for a chicken, called Ian, to naturally drop a feather before collecting it and extracting the cells. The clean meat that the research team created was eaten in chicken nugget form – all whilst Ian wandered around nearby.

But fish pose a different problem. The Washington Post pointed out that at sea, bluefin tuna swim at speeds of around 40 miles an hour. And visiting a fish processing plant and requesting a sample is also off the table, since the fish die at sea when they are brought onto the ship and placed in ice.

But Finless Foods co-founders Brian Wyrwas and Mike Selden persisted, heading out to sea themselves to capture healthy stem cells straight from the source. Since this first step, the team at Finless Foods worked out how to use the bluefin stem cells to grow three types of tissues: muscle, fat, and connective tissue. They can also control the amount of fat content to produce the flavor of otoro tuna.

The cutting-edge technology could do wonders for the species. The Environmental Defense Fund, which focuses on global warming, ecosystem restoration, and the world’s oceans, recommends only consuming bluefin tuna once per month. And Seafood Watch, which creates sustainable seafood advisory lists, urges consumers to avoid the food altogether.

Replacing wild or farmed bluefin tuna with a slaughter-free option could benefit not just the species, but marine ecosystems as a whole. When populations of top-level predators, like bluefin tuna, drastically lower, other populations are disturbed, throwing the ecosystem off-balance.

Further, choosing the product over conventional seafood negates the risk of consuming mercury or plastic.

While Finless Foods’ bluefin tuna is still “years away” from commercial availability, the company recently raised $3.5 million in seed funding to help bring the product to market.