The interiors are made from Sensatec leatherette, an animal-free material that BMW has been using for years. Most 5-Series cars sold around the world will also include vegan leather.

In an Instagram post, plant-based car journalist Thomas Majchrzak described the seats as: “Perforated and thus passively breathable, quilted structure for the sports seats, soft and plush, yet cruelty-free.”

Majchrzak added that the leather-free interiors “exceed the feeling, comfort, and haptics of animal-based material.”

“A big win for all animals, humans harmed in the tanning process, the environment, and for our years-long effort to change the industry for the better,” he continued. “One step further to combining luxury and sustainability.” 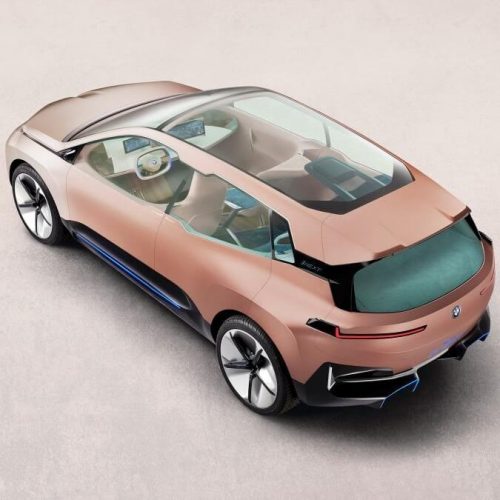 BMW’s electric, vegan iNext is expected to launch next year.

According to a recent study carried out by Infinium Global Research, the vegan leather industry could have a compound annual growth rate of 49.9 percent from 2019 to 2025.

Many consumers are moving away from traditional leather products. For many, this is due to animal welfare and concerns about worker safety. But the leather-making process has a significant environmental impact from the rearing of cattle through production.

Producing animal-based leather requires tanning, a process that uses dangerous chemicals, including cyanide-based finishes and formaldehyde. In the U.S., leather is typically chrome-tanned and the effluent produced by this process—lime sludge, sulfides, and acids—is a hazardous pollutant.

Several car manufacturers have launched plant-based interiors in recent years. BMW’s i3 features recycled plastic and seat fabric, while its iNEXT concept-car SUV is both completely vegan and electric. Frequently, vegan interiors are partnered with an overall push for better sustainability, including electrification.

“A quarter of the vehicles we sell in Europe should be electrified by 2021; a third in 2025 and half in 2030,” said Oliver Zipse, Chairman of the Board of Management at the BMW Group. “In 2019, we delivered more than 146,000 electric vehicles and plug-in hybrids to customers worldwide.”

While the 5-Series is not electric, it is rumored that an all-electric version will debut in 2023.

“What really matters is that we make an effective contribution to environmental and climate protection here and now,” he continued. “Because the only way to realize grand visions like that of a climate-neutral Europe in 2050 is by implementing concrete measures today.”