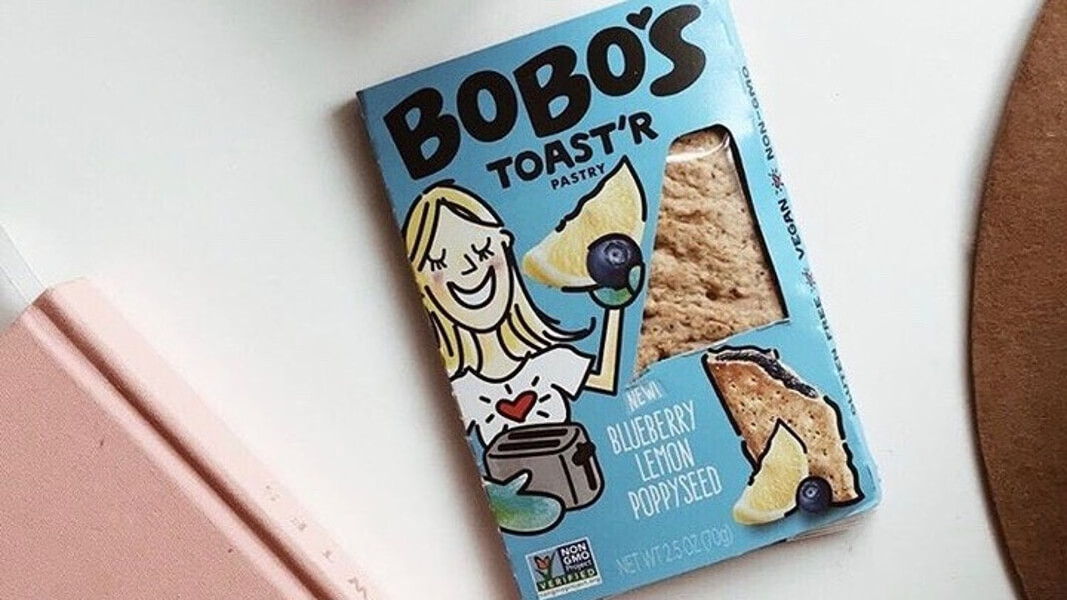 Like the brand’s other products, Bobo’s new toaster pastries are vegan, gluten-free, and made with non-GMO ingredients. “With a perfectly baked oat crust, this savory and wholesome breakfast will be sure to get your morning started off right,” says the company website.

Building a Woman-Owned Vegan Brand Against the Odds

Bobo’s began as a mother-daughter tradition in 2013. As reported by Forbes, company founder Beryl Stafford, wanting to spend quality time with her daughter on a rainy afternoon, cracked open a cookbook only to be dismayed by recipes loaded with refined sugar and trans fat. But, determined to make something delicious, Stafford and daughter worked together to create what would become the brand’s premier product: Bobo’s Oat Bars.

Stafford launched her brand at a time when the labels it proudly wears – such as vegan, gluten-free, non-GMO, and artisanal – were not yet popular among consumers. Recently divorced and in need of a new source of income, she sensed that Bobo’s was something she could excel at. She rented a commercial kitchen for a few hours a week and joined a local food accelerator to learn more about running a business. “My lawyer said I had to get a job,” Stafford said. “But I thought if other people could do this, and if the stuff out there didn’t taste as good as what I made, why wouldn’t people buy it?”

When it comes to running her business, Stafford believes in remaining true to the brand’s roots. Today, the family-run,woman-owned vegan business still bakes its products in small batches inside its Boulder bakery, but it has reached new heights due to the rising demand for healthier, vegan snacks. Bobo’s is now carried nationwide by major retailers such as Whole Foods, Kroger, and Wegman’s.

Bobo’s basic vegan oat bar recipe has not changed, but the brand now features more than 15 flavors. Stafford says that her small vegan business was so successful that last year that she was able to grow her company by 60 percent.