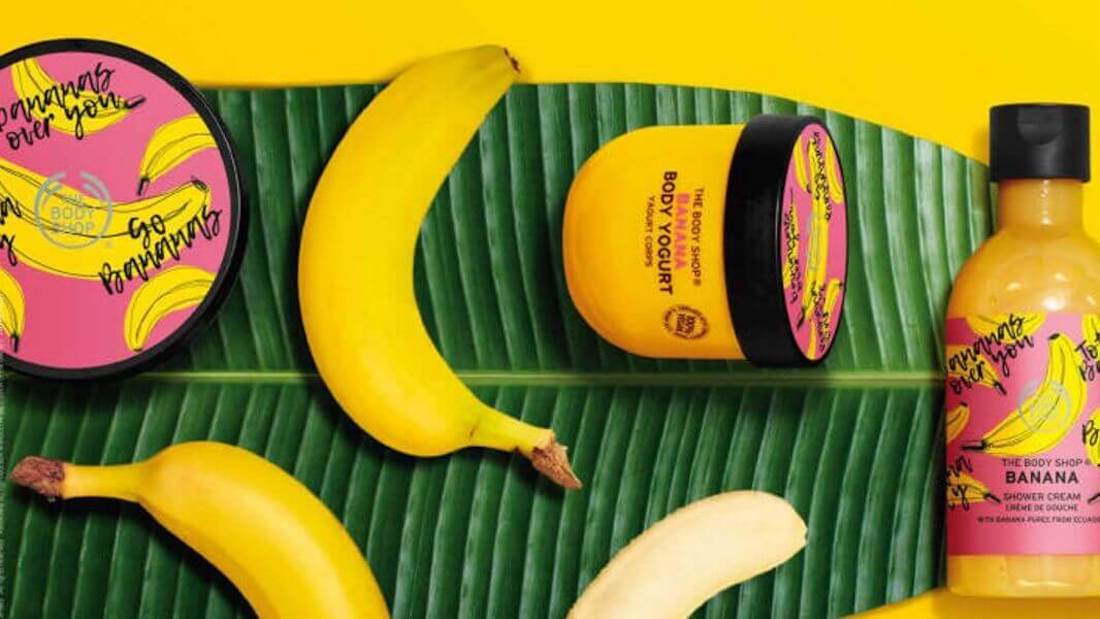 The new collection features a wide variety of banana-scented skincare products such as body butter, body yogurt, and shower cream and is packaged with a bright pink label adorned by Warhol-esque banana art. Every product in the collection is made with Community Trade organic banana puree from Ecuador, using fruit that won’t sell in the food industry.

Customers may buy products individually or as gift sets, which include a matching pouch (one gift set includes travel-size bottles of shampoo and conditioner that are not vegan). The visually striking collection expands upon The Body Shop’s existing “Banana Truly” collection which includes banana-scented shampoo, conditioner, and a hair mask.

The time is ripe to tell you we’ve gone bananas ?? Meet our NEW, 100% vegan, special edition Banana bodycare treats. Tweet us if it a-peels to you! https://t.co/XxoKN4WnaU pic.twitter.com/6KMJz9zfSB

Though several of The Body Shop’s products do contain animal-derived ingredients, the company clearly labels which products are vegan on its packaging. And on its website, customers can select the “Vegan” filter to show only plant-based items.

The brand has been making an effort to expand its range of vegan products. Last June, The Body Shop launched a range of new lightweight moisturizers called “Body Yogurts.” Rather than feature dairy, which is sometimes used by brands in moisturizers, The Body Shop elected to use almond milk.

The Body Shop has also long been committed to the fight against animal testing. Its Forever Against Animal Testing campaign, which Forbes called “the biggest campaign for the cause in history,” gained more than four million signatures in the months between June 2017 and last January. When the brand reaches its target goal of eight million signatures, the petition will be presented before the United Nations in hopes of securing a global ban on animal testing. Additionally, this past March, The Body Shop launched anti-animal testing billboards in Times Square, one of the most foot traffic-heavy destinations in New York City with more than 355,000 pedestrians daily.