Bollywood actor, Mallika Sherawat, who is best-known for her role as Naagin in “Hisss,” is on a mission to use her celebrity platform to promote the vegan lifestyle across India.

“Veganism is not a fad, it’s a healthy, lifestyle choice,” Sherawat explained, according to Simply Cinema. “I have a lot of plans to promote veganism in India. I’m joining hands with a friend’s restaurant to introduce vegan offerings to the Indian palate. I plan to rope in international chefs to whip up some delicious dishes. Once people see how nutritious and delicious vegan food can be, they’ll switch to a healthier dairy-free lifestyle.”

The actor has been vegan for 15 years, long before the lifestyle gained the momentum it sees today. Simply Cinema quoted a friend of Sherawat, who explained, “Her love for vegan food comes from her favorite high-end vegan restaurant called Crossroads, whose Vegan Eggs Benedict she raves about.” Sherawat is also an avid fitness advocate and claims that her plant-based diet has fueled her exercise for many years. In fact, the rising obesity rate in India is a large part of the actor’s decision to promote a healthy vegan diet. 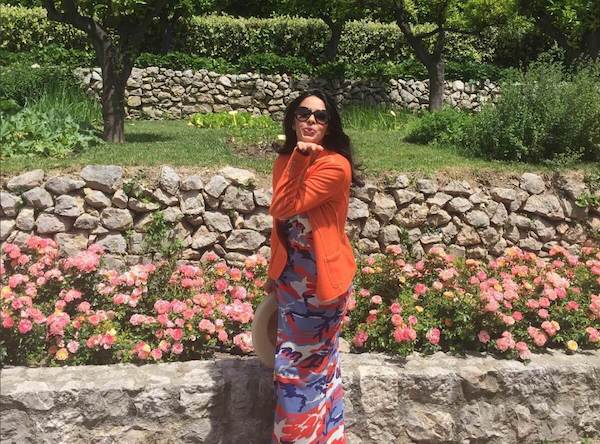 Sherawat is part of India’s gradual transition to more plant-based foods. Mother-and-son company, Veganarke, provides affordable plant-based milk to various cities across the country, in an effort to make dairy alternatives more competitive in the marketplace. Another vegan venture, Good Dot, launched its plant-based meats earlier this year. Further, India’s largest city, Mumbai, is getting its first vegan restaurant, RVD Cafe, in May. Finally, government officials are also leaning toward cruelty-free change, as they officially banned the import of seal fur and skins earlier this month.

In addition to animal-related causes, Sherawat lends her support to other areas of social justice. In 2014, Mallika stated that India, is “regressive for women,” calling attention to the gender inequality she, and other women, experience. She is also a brand ambassador of School of Justice, a program by the non-profit organization, Free-A-Girl, which works to end the sexual exploitation of children and human trafficking. Human or animal, Sherawat is fighting for a more compassionate and cruelty-free India.